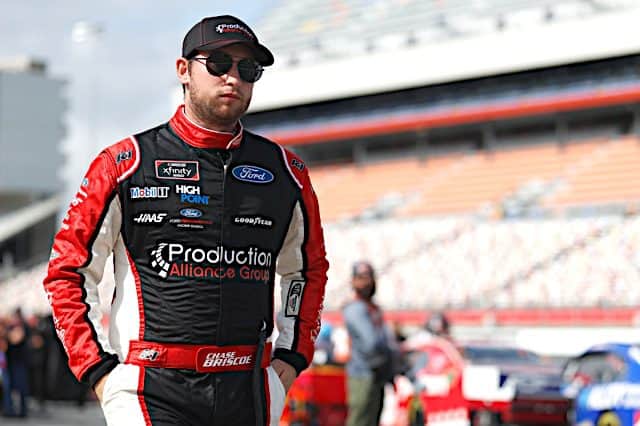 The Mahindra scheme will debut at the Busch Light Clash before returning for the season-opening Daytona 500.

“The NASCAR Cup Series is the toughest racing I’ve ever been a part of. It’s so competitive,” Briscoe said in a team release. “I learned so much this year and I really can’t wait to apply it all next season. I’m incredibly honored to represent Mahindra Tractors and all of its dealers. We both want to continue to grow and perform – me on the racetrack and Mahindra in the marketplace. It’s a true partnership that’s valuable to both of us.”

Added team co-owner Tony Stewart, “Chase has earned his spot in the Cup Series. He was relentless. Anytime he was challenged, he never backed down, and that’s the way you have to be at this level.

“Chase is just a really hard worker. He’s earned everything that’s come his way and then made the most of each opportunity. That’s what has always impressed me about him, and I think that’s what impressed Mahindra Tractors. They’re a really good fit. This is a very rewarding partnership and I’m proud to be a Mahindra customer.”

The Mahindra partnership with SHR is for multiple years.

Other races for Mahindra’s colors on Briscoe’s car were not announced in the release.