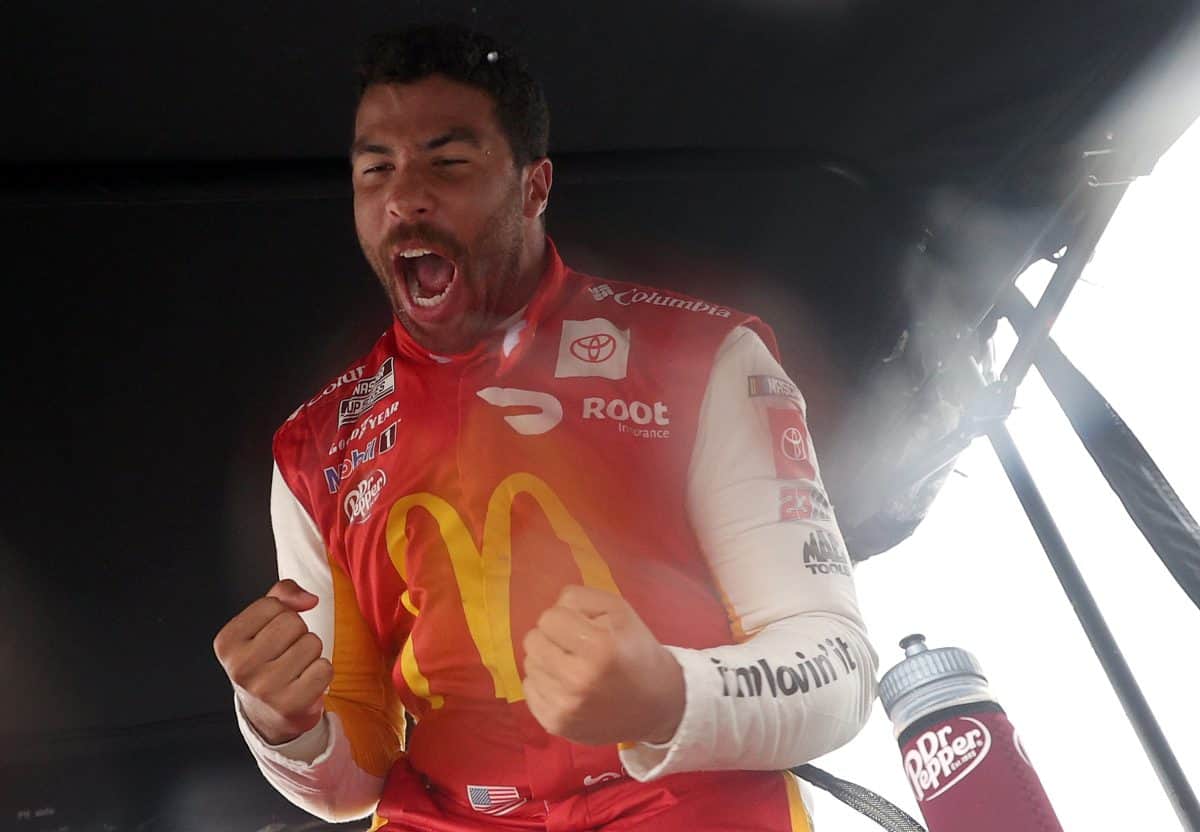 Chances are reading the name of the most recognized NASCAR driver in the country for the last two years elicited some kind of an emotional response for you.

There’s a spectrum to the responses.

There are those who are indifferent to the driver who races for 23XI Racing, a team co-owned by Michael Jordan. But you won’t find a Facebook group or Twitter account called I Have No Strong Opinions on Bubba Wallace.

There are those who really like Wallace. This group helped make his Talladega Superspeedway race win diecast one of the most popular of 2021.

Then there’s the type of person who will go straight to the comments sections of articles like this to share what they strongly think or feel about Wallace. Those impulses are typically fueled by multiple factors: either Wallace forcing NASCAR to finally ban the Confederate battle flag or them not having a clear understanding of the events that transpired at Talladega in June 2020.

But how could I forget the fourth group. These are the people who in March 2021, prior to the NASCAR Camping World Truck Series race at Atlanta Motor Speedway, felt compelled to boo Bill Lester, a Black driver making his first NASCAR start in 14 years.

To some we all look the same…probably thought it was me https://t.co/c2VbNug6jf

All of these reasons, every single one of them, makes a project like ESPN’s E60 documentary, “Fistful of Steel – The Rise of Bubba Wallace,” inevitable.

Debuting Tuesday night (Dec. 14) at 7:30 p.m. ET on ESPN, the roughly 80-minute feature (Fronstretch screened a rough cut) is reported and narrated by longtime NASCAR writer Ryan McGee. It’s the first real longform look at how Wallace got to his current place in the NASCAR landscape. The fact it was produced by ESPN, a network that’s not part of NASCAR’s current TV contract, is a big deal.

It’s not intended for those who are immersed in minutia of the NASCAR world, like the Chase Elliott doc on Peacock earlier this year was. Over the last two years, we’ve become well versed in the broad strokes of Wallace’s life.

“The Rise of Bubba Wallace” is for those outside the bubble playing catchup.

But that’s not to say there isn’t noteworthy information for NASCAR regulars.

During its runtime, the doc explores Wallace’s upbringing with biracial parents and how his relationship with his white father, Darrell Wallace Sr., deteriorated into blows. Wallace says that when he texted his father about landing a ride with Richard Petty Motorsports, the response he received, of which Wallace took a screenshot, wasn’t a happy one.

With help from Wallace’s mother and sister, we’re given additional insight into his family’s history with police, which included the shooting death of a cousin in the early 2000s and its lingering impact on the family.

Maybe most importantly, the documentary shows how one’s personal narrative and viewpoint can evolve. It features a clip of an interview with Wallace from 2018 where he was dismissive of the Confederate flag’s presence at race tracks. It didn’t bother him.

But time and life experiences change a person.

2020 — a year Wallace described visually as a “bald eagle flying over a dumpster fire, it’s raining, but there’s also a rainbow”  — happened. The Bubba Wallace that emerged after a year from hell using his voice for change was not the Bubba Wallace of 2018 or 2019.

The same goes for NASCAR and the world at large.

“Fistful of Steel” (a rather odd title) has its blind spots, though.

As the narrative unfolds, it jumps straight from Wallace’s Truck days to the announcement in 2018 that he would drive full time for RPM the following year. No mention is made of his time at Roush Fenway Racing in the Xfinity Series, losing that ride due to lack of sponsorship or that he was picked to drive the No. 43 after subbing for an injured Aric Almirola.

Plenty of Wallace’s family members are interviewed. However, the only other current or former competitor of Wallace who is featured is Jimmie Johnson, who orchestrated the NASCAR Cup Series garage’s show of support for Wallace at Talladega.

Who knows which drivers would have wanted to be interviewed. Wallace mentions “I still don’t forget” those who remained silent on a group driver chat in the weeks before the events at Talladega last year.

But including Wallace’s best friend Ryan Blaney, or even his team owner Denny Hamlin, would have gone a long way.

If you’re looking for any substantive material on 23XI itself, you won’t find it here. You can expect that early next year with the Netflix documentary project on the race team and Wallace.

If you’ve already planted your flag on either side of the debate over Wallace and what he represents to you, “Fistful of Steel” likely won’t change your mind. But I encourage you to hear him out, at least this one time, before coming in hot in the comments section.

From day one to the Daytona 500, it’s family over everything for @BubbaWallace. @E60's Fistful of Steel: The Rise of Bubba Wallace premieres Tuesday at 7:30 PM ET on ESPN and ESPN+. pic.twitter.com/BrY1vp8GIK

ESPN E60… brought to you by our sponsor….. Wheaties.

My first instinct was a snippy comment about whether they’d even acknowledge his father’s existence – but I see in reading they’ve positioned him as the bad (insert appropriate color here) guy. And no Dan, it’s not a big deal or even a surprise ESPN would be doing this – their Disney overlords are certainly on a 24/7 hunt for woke content that supports the narrative.

why Wallace how about a story on a driver that wins and runs for championships, He is nothing but the new version of Danica Patrick,

Because like Danica, he brings in viewers and is a compelling story to the general public who neither know nor care about cars and racing. Also, he can win, as Talladega and his Truck wins attest.

I’m not sure about the part where Danica and Bubba pull in viewers who aren’t interested in cars or racing… Do you mean to tell me people who aren’t into cars or racing will actually watch NASCAR on TV and go to tracks simply because a driver who is not a white male is in the show? How long do we expect these new fans to stick around?

The compelling story part I agree with. They provide a different story to talk about on the same old weekly broadcast, so I get it.

Watching NASCAR on TV “simply because a driver who is not a white male” sound pretty racists to me.

I wonder how much “truth, whole truth and nothing but the truth” is in the final version?

Most recognized Nascar driver in the country the last two years is without a doubt Kyle Larson. What is wrong with you !!!

Bubba is an interesting young guy with quite a back story.
Not to discount his past success at all BUT, all that did was get him a shot at the Cup level. To stay in Cup he needs to earn it by running in the lead pack consistently and backing up his 1st win with another.