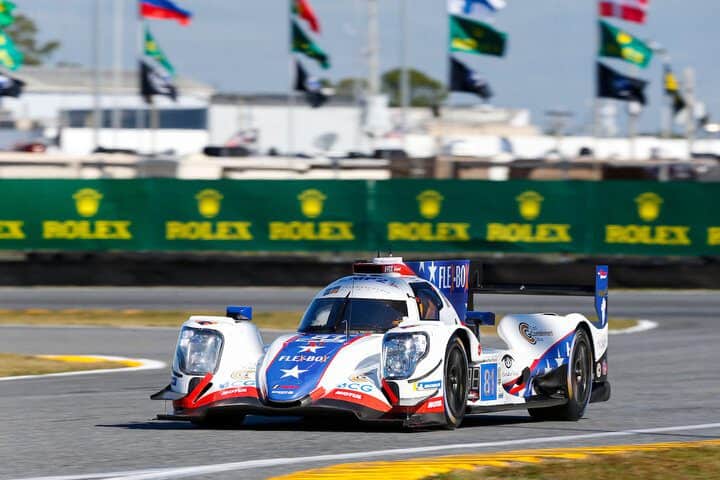 DragonSpeed announced Wednesday (Dec. 15) via IMSA that they have committed to a full season in the IMSA WeatherTech SportsCar Championship’s LMP2 class.  Juan Pablo Montoya will anchor the team’s efforts in all of the point races in class.  He’ll be joined by Henrik Hedman, who has driven for the team for many years, both in the United States and in Europe.  In addition, Juan Pablo’s son, Sebastian, will make his IMSA WeatherTech SportsCar Championship in the Mobil 1 12 Hours of Sebring.

A bit of an explanation is necessary as to why the team’s schedule will operate as such.  In the IMSA WeatherTech SportsCar Championship, the Rolex 24 at Daytona does not count towards the full season LMP2 point standings.  It does count towards the Michelin Endurance Cup for the class, though.  DragonSpeed is not going for the Michelin Endurance Cup.  As a result, they have elected to skip Daytona.

“I’m really happy to be back with DragonSpeed next season,” Juan Pablo Montoya said in a press release.  “It’ll be a new adventure as we’ll be doing IMSA this time, where I’m really familiar with the tracks and race strategies, so it should be a lot of fun. I can’t wait to team up with Henrik again, and I’m even more excited to share a car with Sebastian for the first time.”

As Juan Pablo stated, he is no stranger to DragonSpeed.  He first drove for the team in the 2020 24 Hours of Le Mans, but failed to finish.  For 2021, he signed to drive the full 2021 FIA World Endurance Championship season with DragonSpeed alongside Hedman and Ben Hanley (pictured above at Daytona).  The trio finished 11th in LMP2 points and fourth in the Pro-Am subdivision.  Their best overall finish in class was sixth at Monza in July, but the team earned a Pro-Am victory with their 10th-place finish at Le Mans.

Sebastian, 16, has spent the past two years racing in Formula 4 competition in Europe for PREMA Powerteam.  He has not won a race to this point, but has been very competitive.  He finished fourth in the ADAC Formula 4 Championship in Germany earlier this year.  For 2022, Sebastian’s primary focus will be the Formula Regional European Championship, a series that races Formula 3 cars built to Formula Regional regulations.  In practice, these cars are similar to the ones currently raced in the W Series, but use a different engine.  Power output is approximately 270 horsepower.

Of note, Sebring will not be Sebastian’s first time in an ORECA 07-Gibson for DragonSpeed.

“[Sebastian] did the [FIA World Endurance Championship] Rookie Test in Bahrain,” Juan Pablo told Frontstretch at Michelin Raceway Road Atlanta in November.  “He was shockingly fast, and it’s pretty cool to see how he’s matured [as a driver].”

Sebastian’s best lap during the Rookie Test, held on Nov. 7 at Bahrain International Circuit, the day after the WEC season finale, was 107.860 mph.  That lap compared favorably to some of the mid-pack LMP2 drivers during practice for the Bapco 8 Hours of Bahrain earlier in the weekend.

“This is a huge opportunity for me, and I’m so grateful for the chance DragonSpeed and Henrik have given me,” Sebastian stated.  “Racing with Dad is a dream come true as he’s been my idol growing up and being able to share a car with him is a dream come true.  The Bahrain test was a great experience and the team helped me so much to improve in our short time together. I look forward to working with DragonSpeed again and making more progress.”

For now, Sebastian is only confirmed for Sebring.  However, the Formula Regional European Championship currently has no conflicts with the IMSA schedule.  As a result, he could conceivably drive in the endurance events at Watkins Glen and Michelin Raceway Road Atlanta.