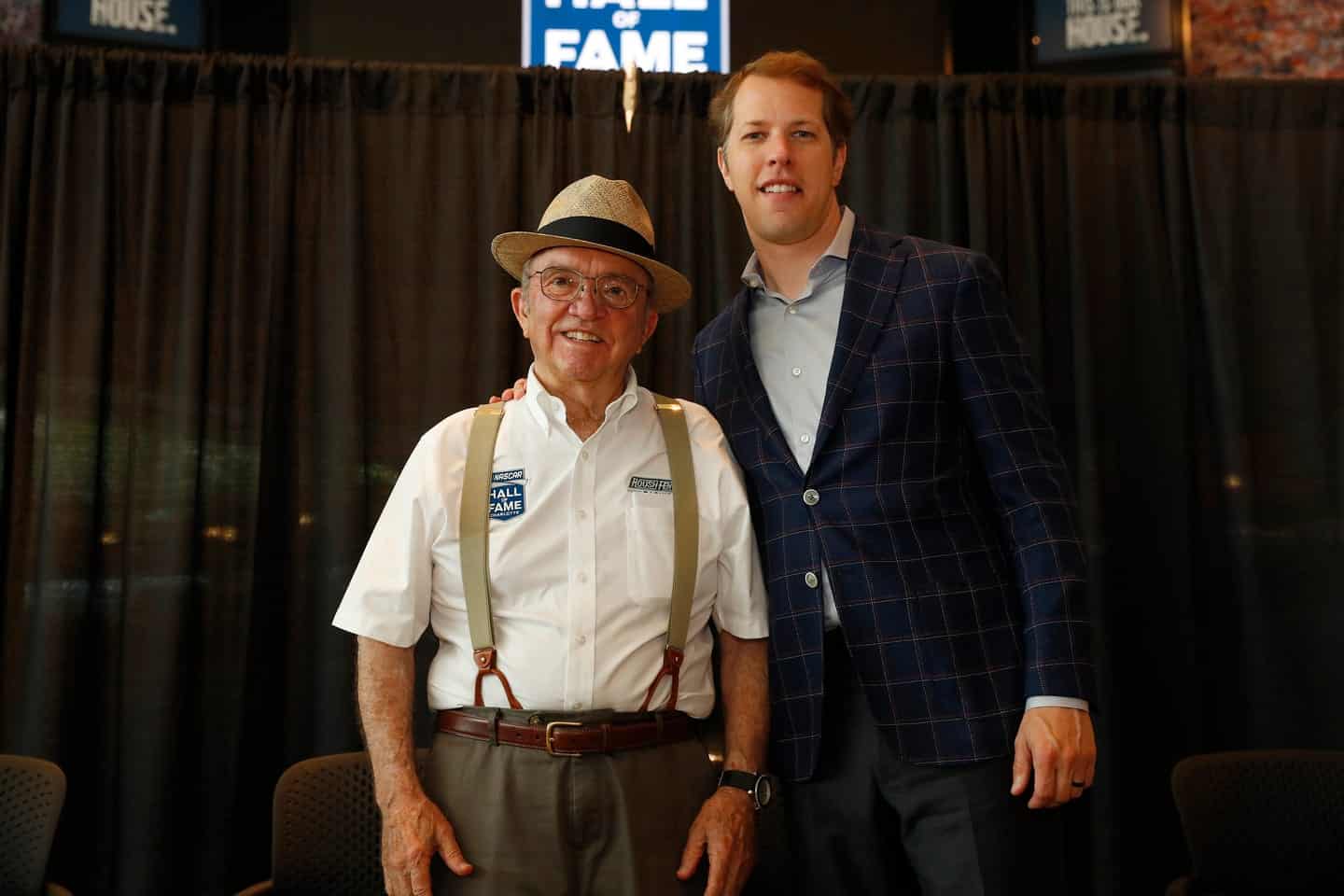 By definition, it’s not possible for something to be unthinkable and yet totally expected at the same time. If it was, however, the way Brad Keselowski‘s 2021 season played out would qualify.

On the track, there was nothing particularly noteworthy about Keselowski’s 2021 NASCAR Cup Series campaign. He visited victory lane, something he’s done every year since 2011, and at a place (Talladega Superspeedway) where he knows the way there by heart, given his success at the track over the course of his career. Keselowski was also competitive come playoff time, with six top-10 finishes, but missed out on the Championship 4 and ended up sixth in the standings.

Yet there was the sense that change was in the air at Team Penske almost from the drop of the first green flag of 2021, and sure enough, it arrived during the summer. On July 15, the team announced that Austin Cindric would take over the No. 2 Ford in 2022, with Keselowski leaving for the oft-nebulous chance to “pursue other opportunities.” Logically, the move made sense, as Cindric had proven all he could at the Xfinity Series level, and Keselowski was the elder statesman of the Penske driver lineup.

The next proverbial shoe dropped just a few days later, when a move that was so heavily rumored that it transcended to worst-kept-secret territory: Keselowski was revealed to be joining Roush Fenway Racing as a driver and part-owner, sliding behind the seat of its iconic No. 6 Ford while also assuming a leadership role on its competition team. The organization cemented its commitment even further in November, rebranding itself as Roush Fenway Keselowski Racing, or RFK Racing for short.

Again, this was a completely logical marriage for a number of reasons. RFK gets a driver who (with no disrespect to outgoing Ryan Newman) figures to make the No. 6 car run up front more often and possibly even compete for wins unless the new car throws the team for more of a loop that the Cup Series’ bigger teams. Keselowski’s presence could also have a positive effect on teammate Chris Buescher, who will be looking to make more than the incremental improvement he eked out from 2020 to 2021.

And if there was a Cup competitor you would have picked to make this kind of transition even a few years ago, Keselowski would certainly have been a top choice. Always a driver who was willing to speak his mind about the state of NASCAR, he’s shown himself to have a high degree of awareness about the sport as a whole, even on issues where you disagreed with his take. He’s got technical acumen that extends beyond racing, starting Keselowski Advanced Manufacturing in 2017.

Keselowski also has prior ownership experience, running his own Camping World Truck Series team for a decade. It would be tough to name a more qualified candidate for Jack Roush to hand the keys to when he’s ready to hang his straw hat up for real.

Despite all that, even though the whole world seemed sure 2021 was Keselowski’s last dance with Team Penske, and admitting that his next move fits him like a glove, it didn’t make seeing the whole thing play out any less surreal. For fans following NASCAR for 12 years or less, Keselowski and Penske is all they’ve ever known. It will be strange watching him drive for someone else — even if he is part of that someone — and maybe even more bizarre to ponder Joey Logano as the wisened sage of the team.

That’s the contradiction in a nutshell. Brad Keselowski, driver of the No. 6 RFK Racing Ford, feels both crazy to type and oh so right. It’s the end of one era and the beginning of another, and it will be fascinating to observe in 2022 and beyond.