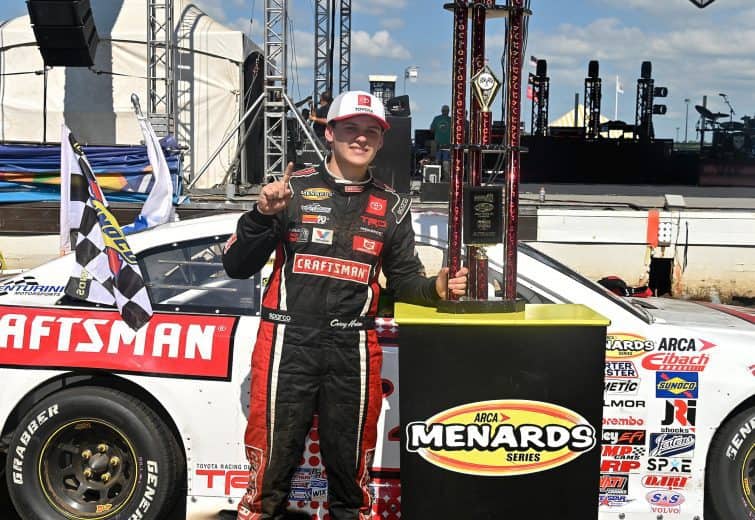 Heim will pilot the No. 51 in 15 races, beginning with the season-opening race at Daytona International Speedway.

Heim’s other events will be announced at a later date.

Mardy Lindley assumes crew chief duties for the No. 51 for the second straight year, and JBL will sponsor the effort.

“Coming up through the Toyota Racing Development program not only have I looked up to Kyle (Busch, owner) as a driver but I’ve also watched him build KBM into an organization that provides up-and-coming drivers with all the tools that they need to win races and compete for championships, so I’m super grateful for the opportunity to compete for an owner’s championship alongside him in the No. 51 Tundra TRD Pro in 2022,” Heim said in a team releasee. “I was able to get JBL to victory lane three times in the ARCA Menards Series this year and I know that with Mardy atop the pit box and the team I have around me that I can get them to victory lane again this year in the Camping World Truck Series.”

Heim made his series debut with KBM in 2021, running three races with a best finish of 11th at Martinsville Speedway.

He ran a full ARCA schedule in 2021 as well, winning six races and earning 16 top fives and 20 top 10s en route to a runner-up points finish.