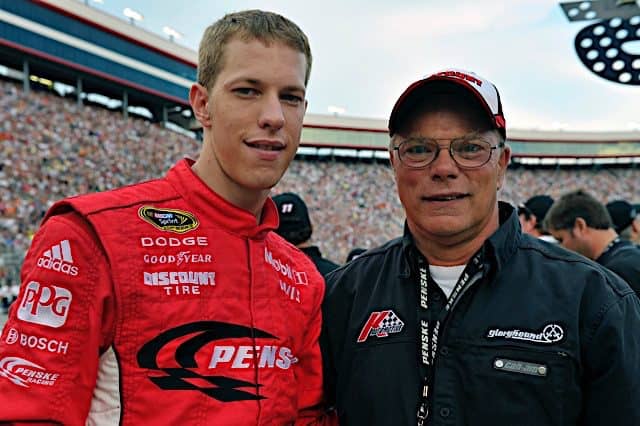 A cause of death was not revealed. Brian Keselowski posted on Twitter last week that Bob battled cancer that past two years.

“My dad will always be my hero,” Brad Keselowski said in a post on Twitter. “He was quiet and understated, but that didn’t change the impact he had on me or that I watched him have on everyone who knew him. I am forever grateful for what I learned from this man, and I will remember him every day.”

NASCAR released a statement: “Bob Keselowski was a true racer whose determination and love of the sport embodied the NASCAR and ARCA spirit. He worked tirelessly to build his family-owned team, doing whatever it took to compete. Our thoughts are with the Keselowski family during this difficult time.”

Bob Keselowski won 24 ARCA races, including four in his 1989 championship campaign. He also tallied 67 top fives and 90 top 10s. Keselowski ended in the top three in points for seven straight years from 1987-1993.

Additionally, he won at Richmond Raceway in the NASCAR Camping World Truck Series in 1997 and earned two top fives and 15 top 10s in 86 starts.

Brad is entering his first season with Roush Fenway Keselowski Racing as part owner in 2022. His brother Brian has served as a NASCAR crew chief and spotter the last few years.

Lost my father to cancer a few years back and the final 2 years were rough and I would assume the same for Keselowski family. The only comforting thing I felt was that the suffering was finally over. Prayers to the entire family especially with the holiday so close. Godspeed!

It’s been a rough year for losses in motor sports this year as a whole.