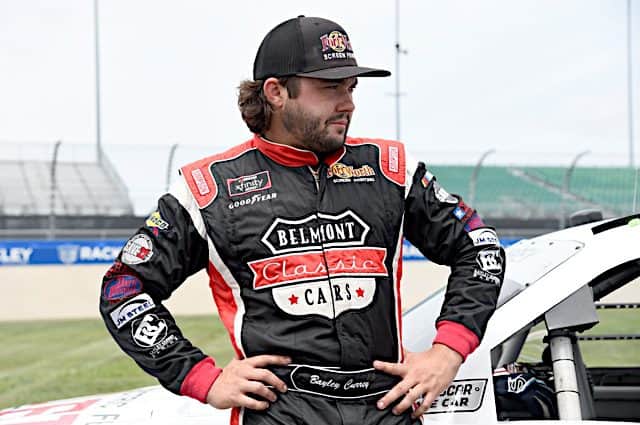 “I’m very excited and thankful to be back with JD Motorsports with Gary Keller in 2022,” Currey said in a team release. “[Team owner Johnny] Davis took a chance on me and gave me an opportunity late in the season last year. The relationship progressed and eventually turned into a full-time ride this year. Throughout the off-season we have been putting in a ton of work to get our fleet of cars ready to compete for 2022. Daytona [International Speedway] can’t get here soon enough!”

Toward the end of the season, he returned to JDM, making seven of his final eight starts in its No. 15. He earned one top 10, a seventh at Phoenix Raceway.

Currey’s car number for 2022 was not announced. In 2021, JDM fielded the Nos. 4, 6, 15 and 0 full time. One of its drivers that year, Landon Cassill, has moved to Kaulig Racing’s No. 10 in Xfinity, while another, Colby Howard, will drive for McAnally-Hilgemann Racing in the NASCAR Camping World Truck Series.