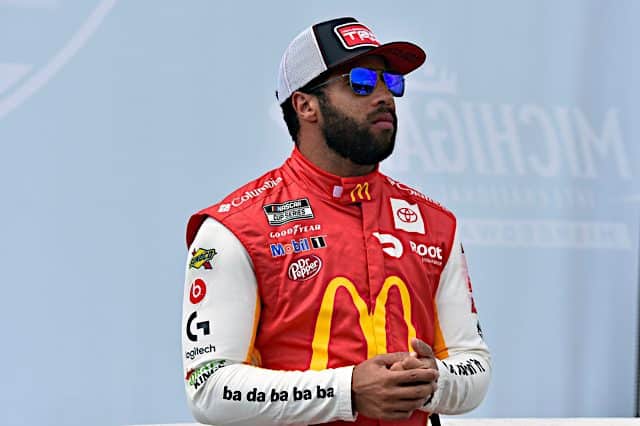 Leidos has been added as a primary sponsor for Bubba Wallace in the 2022 NASCAR Cup Series season, 23XI Racing announced Jan. 4.

The No. 23 will carry Leidos’ colors first at Circuit of the Americas. According to Leidos’ website, the other races include Dover Motor Speedway and the second events at Atlanta Motor Speedway, Richmond Raceway, Talladega Superspeedway and Martinsville Speedway, for a total of six starts.

“I’m pumped to partner with Leidos again,” Wallace said in a team release. “We had a great partnership when I was running Xfinity and to now have them on board our No. 23 Camry TRD and continue supporting my career and what we are doing both on and off the racetrack at 23XI is really a cool thing for me. I’m excited to have them on board for the ride.”

Leidos and Wallace paired between 2016 and 2017 in the Xfinity Series.

Wallace is entering his second season with 23XI. In 2021, he won his first Cup race and also racked up three top fives and three top 10s.