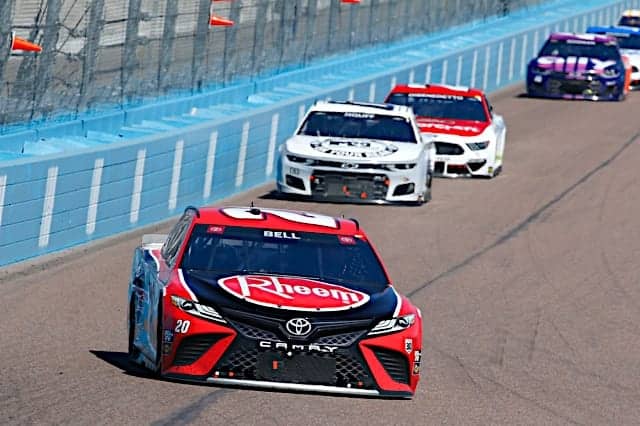 Rheem will return to Joe Gibbs Racing as a sponsor for a 15th season in 2022, JGR announced Jan. 6.

The company’s colors adorn the Nos. 18 and 20 of Kyle Busch and Christopher Bell in the NASCAR Cup Series.

“Rheem has been a great supporter of mine going from [the NASCAR] Xfinity [Series] to Cup with me,” Bell said in a team release. “It was special to have them on the car for my first Cup win. Hopefully we can continue that trend and get a few more in 2022.”

Added team owner Joe Gibbs, “We are honored to be able to help celebrate Rheem’s 15th consecutive season as a sponsor in NASCAR’s top three national Series. Rheem continues to serve as a tremendous example of an extremely successful program in our sport and we’re proud to be able to support their efforts on and off the track.”

Rheem’s races on Busch’s and Bell’s cars were not announced in the release.

Busch is coming off a two-win 2021 that resulted in a ninth-place finish in points, alongside 14 top fives and 22 top 10s. Bell, meanwhile, won his first Cup race — sporting Rheem’s paint scheme — and earned seven top fives and 16 top 10s overall en route to 12th in points.