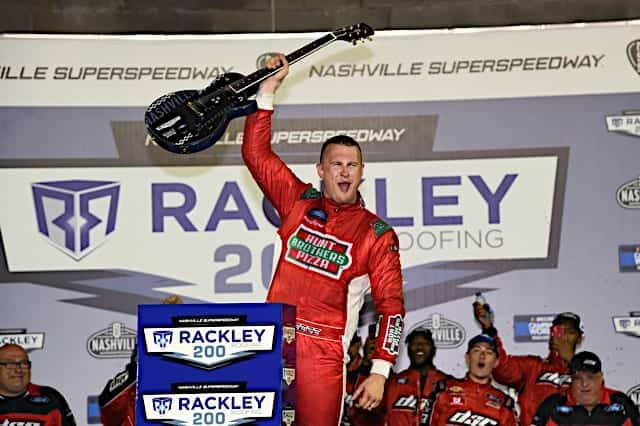 As part of the arrangement, Preece will fill in for SHR’s drivers in the NASCAR Cup and Xfinity series on an as-needed basis due to absences such as COVID-19 protocol. He’ll also do simulator work for the team.

Additionally, Preece will compete in a handful of races across the NASCAR national series in SHR or SHR-affiliated equipment.

“This is a unique setup, but I feel like it provides me with the best opportunity to win races and contribute to a championship-caliber team while expanding my racing experience,” Preece said in a team release. “I’m a racer, and Stewart-Haas Racing is a team built by racers. They measure success by wins. Whether I’m in the simulator, in one of their cars, or in a Ford Mustang or Ford F-150 for another team, I’m here to help SHR and Ford win.”

Preece ran the full Cup season in 2021 for JTG Daugherty Racing, scoring a top five and four top 10s. JTG’s No. 37 closed at the end of the season.

He also won a race and earned two top fives and two top 10s in as many Truck starts in 2021 for DGR, winning his debut event in the series at Nashville Superspeedway.