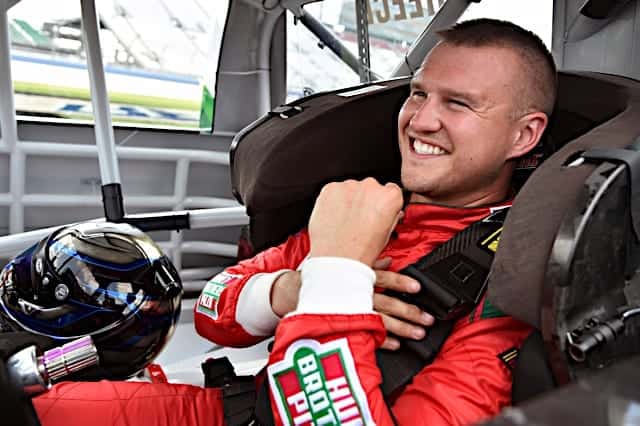 As part of his duties as a Stewart-Haas Racing reserve driver, Ryan Preece will compete in multiple NASCAR Cup Series races in 2022 under the Rick Ware Racing banner, RWR announced Jan. 13.

Preece will compete in the No. 15 for RWR, beginning with the Busch Light Clash at the Los Angeles Memorial Coliseum.

“Ryan is a great addition to the RWR lineup for 2022,” team owner Rick Ware said in a release.. “His talent on the race track has been shown through his achievements in the NASCAR Whelen Modified Tour and NASCAR Xfinity Series. Our alliance with SHR and Ford has allowed us to put a wheelman behind the wheel, starting at the quarter-mile showdown in LA.”

Added Preece, “Being a part of the Clash at the LA Memorial Coliseum is special to me because of the opportunity it presents. A 1/4-mile bullring is the type of racetrack that I have had a lot of success on, and I’m looking forward to the future races ahead as well.“

The initial SHR release announced that Preece would make two Cup starts during the 2022 season at Dover Motor Speedway and Charlotte Motor Speedway.

He’s the second driver to be added to RWR’s No. 15 lineup for 2022, following Jan. 12’s announcement that David Ragan will drive the car in multiple races, beginning with the Daytona 500.