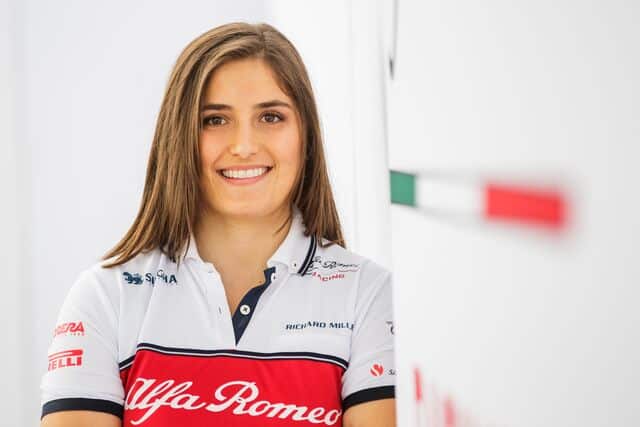 Tatiana Calderon will run the road and street courses in the 2022 NTT IndyCar Series season for AJ Foyt Racing, the team announced Jan. 17.

Calderon will pilot the No. 11 with sponsorship from ROKiT.

She is the first female to drive for AJ Foyt Racing.

“I’m thrilled and very thankful to Jonathan Kendrick, ROKiT and AJ Foyt Racing for the opportunity to race in the NTT INDYCAR Series!” Calderon said in a team release. “Ever since I started my single seater career in the United States eleven years ago, INDYCAR has been a reference for me and it’s a dream come true to be on the grid this year! I can’t wait to get to St. Petersburg for the first race of the season! I’m well aware of the challenge ahead, but this is the chance of a lifetime and I’m keen on making the most of it.”

Calderon has been with Alfa Romeo in Formula 1 as a test driver for the last four years. She also ran in Super Formula in Japan and for Richard Mille Racing in the FIA World Championship. Additionally, she competed in the Indy Pro 2000 in 2010-2011.

Last July she tested the No. 14 car at Mid-Ohio Sports Car Course.

She joins Kyle Kirkwood and Dalton Kellett, who will drive Nos. 4 and 14 at AJ Foyt this season. The driver who will pilot the ovals in the No. 11 is yet to be named.