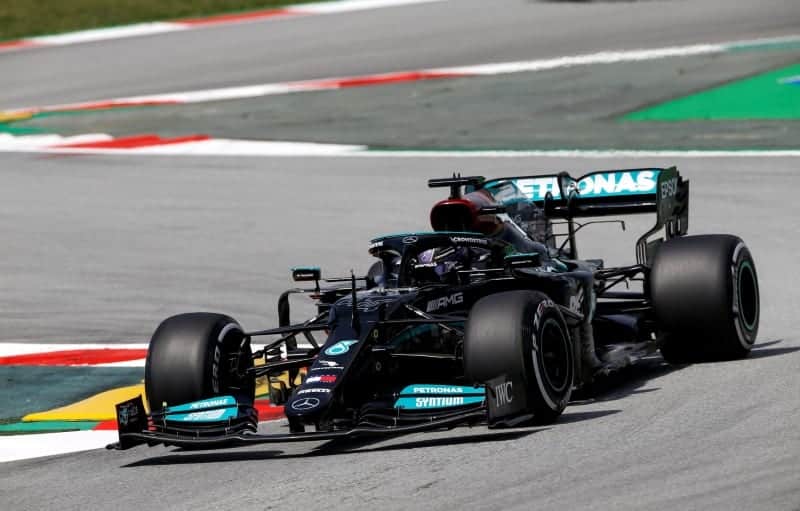 Editor’s Note: This article on Formula 1 cars in 2022 is posted in collaboration with an outside sponsorship client. The opinions and information contained within do not necessarily represent Frontstretch and its staff.

Formula 1 has long since been a popular sport for fans around the world. And it’s easy to see why: the sport is perfect for car lovers and also for those who enjoy experiencing the occasional thrill. Whether you’re watching at home or you’re down by the track, it’s a sport many people simply can’t get enough of.

While it’s never been easy to predict the outcome of Formula 1 races, seasoned watchers of the sport have been able to take educated guesses as to what might happen. The arrival of newly designed cars from the in-house Motorsports department at Formula 1 has led to some people wondering whether it’s going to get harder to predict what’s going to happen come 2022, enhancing competition well beyond this year’s Lewis Hamilton – Max Verstappen slugfest for the driver’s championship. This article will delve into the complex question of what role these new cars are likely to play in producing greater parity for the sport.

Those who like to bet on the outcome of Formula 1 races using sportsbooks such as Draftkings might find themselves wishing they could pick up insights that would reveal everything about what’s likely to happen. And it makes sense: that way, you’d be able to place top-quality bets every time! While it’s sadly not possible to get the details on every aspect of the new cars, it definitely is possible to find out many details about the models, using that to hopefully inform your judgement about what outcomes you can bet on.

The new cars are expected to be released in time for the 2022 season, so they’ll be visible to fans soon. The most interesting thing about them is that they come with the capacity to add a huge downforce boost to racing. At the moment, it’s very difficult for drivers to get particularly close to each other due to the way in which the “dirty air” throws them off, but the new car has been made with “ground effect” in mind – meaning drivers will be able to run closer together.

The new car will also run on sustainable fuel. At the moment, drivers use cars which are filled with 5.75% bio-component fuel. That’s going to rise to 10% for this version of the car. In future iterations, it will go up to what is expected to be a fully sustainable approach. This means the car is not only more of a modern and snazzy vehicle for drivers – it also means Formula 1 can do its part to protect the environment.

Will the new cars make it easier or harder to predict winners?

Ultimately, it’s looking unlikely the new cars will solve the key problem many fans and bettors in the Formula 1 space face — identifying who might win! As of yet, it’s too early to tell what effect the Motorsports team-designed car will have on the ability to predict winners of races. It may take some time before this aspect can be assessed as drivers and constructors familiarize themselves with new vehicles while both experts and fans alike observe their use.

However, these cars look almost certain to enhance safety on the racetrack. The new car will be made with these safety features – like increased chassis energy absorption – placed front and center. So, while it won’t necessarily give bettors the chance to make more informed predictions about winners, it will give the Formula 1 community as a whole the chance to be increasingly confident drivers will emerge from crashes unhurt.

Ultimately, the jury is still out on whether or not the arrival of new Formula 1 cars will make it harder or easier to determine winners in advance. While the new cars are jam-packed with great features that really make them stand out compared to last year’s iteration, their design won’t necessarily provide insight into who’s going to win. Sadly, for those who enjoy placing a bet on the outcomes of Formula 1 races, there’s no surefire way of knowing in advance, and it’s going to take a good while longer before we’ll see the effects of the new designs on how drivers and their teams perform.

You state that “While it’s never been easy to predict the outcome of Formula 1 races.” Well that is not true. For the last several years if you predicted a Mercedes would win you were more often than not correct. If you want to be driver specific, if you said Lewis Hamilton will win you were usually correct. Last season, the two best drivers Max Verstappen and Lewis Hamilton won 82% of the races (18 out of 22). You could also accurately predict that a Haas would be the slowest car on the circuit. Meanwhile, the top two winningest drivers in the NASCAR cup series, Kyle Larson and Martin Truex or Alex Bowman (both had 4 wins each) accounted for 39% percent of the race wins (14 out of 36).
Don’t get me wrong, I really enjoy watching F1, as well as pretty much any auto racing series, but F1’s major issue is the complete recent dominance of Mercedes and to a lesser extent Red Bull. If there was more parity, it would be much more exiting.

What alternate universe is this author living on? He’s a shill for da’ man.

I’ll admit I took the bait and clicked on the first of this series of “posted in collaboration with an outside sponsorship client” articles whenever they first started appearing. I only made it a sentence or two before bailing on it and avoiding them ever since.
I can’t really blame them for taking money from almost certainly an online gambling related entity to help keep the lights on – I really like FS and hope they survive and indeed thrive. But c’mon guys – if you’re going to keep up some level of “collaborative” fiction and put your own “staff” name on it, at least take 5 minutes to scan and remove idiotic lines like.. “while it’s never been easy to predict….”. It takes about 3 seconds of research to learn the pole winner wins the race around 40% of the time – and anyone who watches F1 knows this w/o resorting to any stat analysis. So, the pole winner is nearly a coin flip to win the race… yep, very difficult to predict. It might be a good idea to be a little more transparent to your readership here and name this “outside sponsorship client” – so at least folks understand this is gambling advertising rather than any kind of serious racing content. I’d also remove my own staff credential here – rather than drag their good names through this mud.