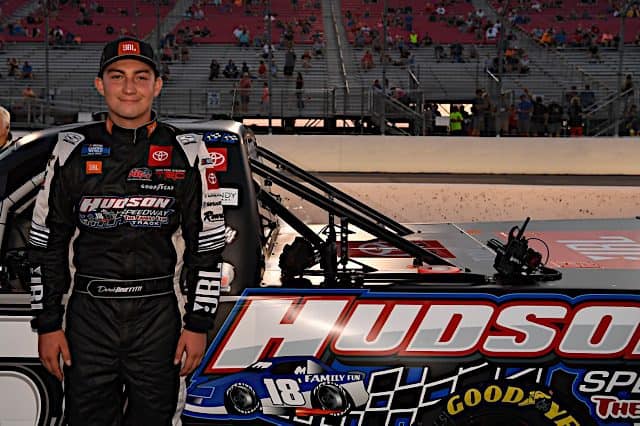 Derek Griffith is moving up to the NASCAR Xfinity Series in 2022, driving for Sam Hunt Racing, SHR announced Feb. 2.

Griffith will drive the No. 26 in a limited schedule, beginning at Martinsville Speedway in April.

“It’s a dream come true for me,” Griffith said in a team release. “I thought after running in the NASCAR Camping World Truck Series last year that it would be the peak of my career, but to get together with Sam Hunt Racing, it’s going to help elevate me to new levels. It’s just perfect timing for me.

“I’ve been working hard to try and get something together since the end of 2021 and keep the ball rolling. I had the opportunity to race a lot last year, but it’s hard to get into a rhythm with just one or two races at a higher level. Sam Hunt Racing wanted me to race for them just as much as I wanted to race for them. Everything fell right into place for us. I’ve heard some great things about Sam and his team — everything seems in line for them to be successful. Sam is really excited about having me on board to try and build a future.”

Griffith will also drive at New Hampshire Motor Speedway, though his other starts have not yet been announced.

Hudson Speedway will sponsor the effort at New Hampshire.

“Derek is a special talent and a true racer,” team owner Sam Hunt said. “His short track success across the country speaks for itself, and he’s someone that is extremely deserving of a shot to compete in the Xfinity Series. He builds his own race cars back home, works a full-time job, and is really a testimony to hard work and doing things right. He will fit in perfectly at SHR, and we’re ready to make the state of New Hampshire proud.”

He’s the fourth driver to be announced to Hunt’s No. 26 lineup for 2022, following John Hunter Nemechek, Ryan Truex and Jeffrey Earnhardt.