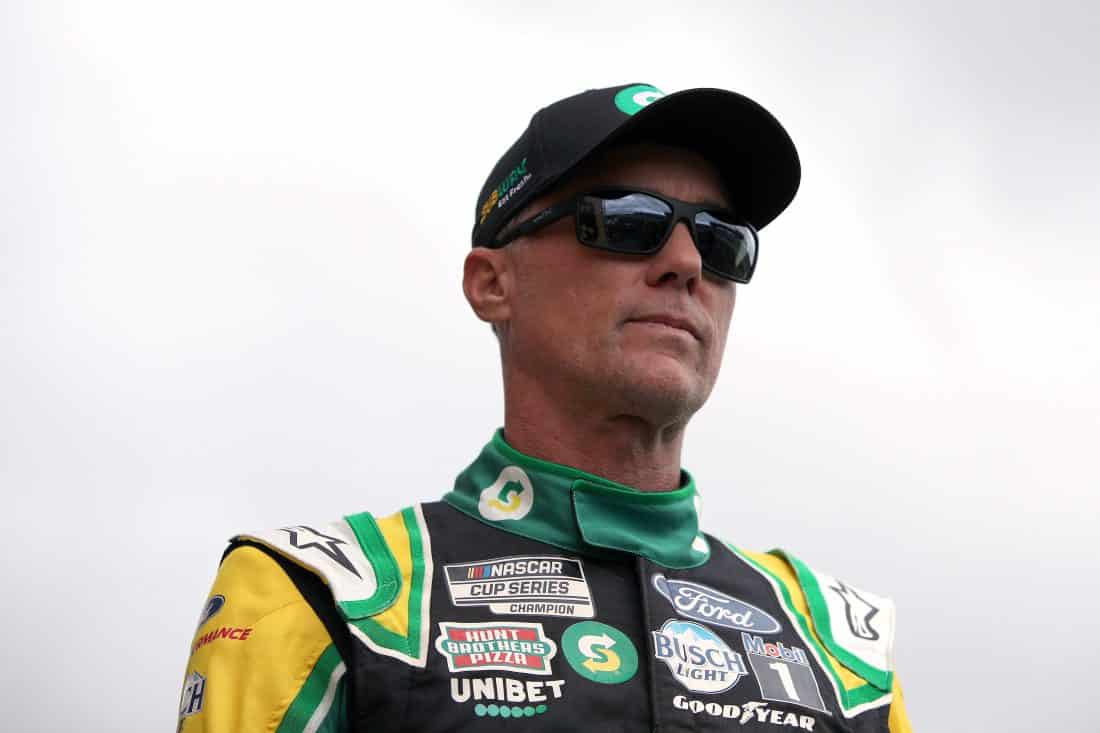 What should we expect from the Busch Light Clash?

The 2022 Busch Light Clash will run similar to late-model races at Bowman Gray Stadium in Winston-Salem, N.C. Both tracks are 0.25 miles long and have no banking, which means that the Clash should be full of side-by-side racing with non-stop action, as there will always be a battle for position somewhere on the racetrack.

Of the tracks currently visited by the NASCAR Cup Series, the Clash will most closely resemble the racing seen at Martinsville Speedway, as Martinsville has minimal banking and a paperclip shape found at the LA Memoria Coliseum circuit.

However, a question remains on how clean the drivers will race on Sunday. Short tracks are fairly chaotic at the Cup level, and the Coliseum is less than half the length of Martinsville, the shortest track on NASCAR’s points-paying schedule at 0.526 miles. NASCAR and its drivers have never attempted anything like this at the Cup level before, and there will be a steep learning curve for everyone involved. In addition, the Next Gen rollout has led to parts and car shortages among the Cup teams, and this may lead to drivers taking fewer risks in order to preserve their equipment for the beginning of the season.

Regardless of whether the drivers decide to play nice or take risks to go for the win, the Clash will provide racing that has never before been seen in NASCAR’s modern era.

Who is the favorite to win the Clash?

Kyle Larson is coming off a 2021 season where he won the championship, led the most laps since 1995 (2,581) and joined Jimmie Johnson in 2007 as the only drivers to win 10 races in a season in the 21st century. He has taken the Cup Series by storm ever since joining Hendrick Motorsports, and it would be hard to count him out in any race in which he competes.

After starting 0-for-80 on short tracks in his Cup career, Martin Truex Jr. has now picked up six wins on them since 2019. Truex has become a force to be reckoned with at Martinsville, as he has won three of the last five races contested there at the Cup level. And given that Martinsville bears the closest resemblance to the Coliseum, Truex should be a factor when the race is coming down to the final laps.

Denny Hamlin led 848 laps in the five short-track races in 2021. However, he was unable to convert any of these performances into wins, as he settled for runner-up finishes in both Richmond Raceway races, faded in the closing laps at Martinsville with the dominant car in April and spun from the lead with seven laps to go at Martinsville in October. Despite being unable to seal the deal, Hamlin showed up at NASCAR’s shortest circuits in 2021, and he had his best performance at Martinsville in years. Just like Truex, Hamlin will be another contender when the green flag flies on Sunday.

What should be noted, however, is that it is difficult to pick true favorites given the unique challenges that this event presents like no other. When the inaugural Bristol dirt race was announced before the 2021 season, dirt stars Larson and Christopher Bell were the heavy favorites to win. Instead, both crashed out while Truex dominated the race and Joey Logano won it — and neither had significant dirt experience outside of NASCAR.

Who will benefit the most from a good run?

Kevin Harvick had a season to forget in 2021, as he won zero races for the first time since 2009 and failed to make the Round of 8 for the first time since the current playoff format was introduced in 2014. Given his recent struggles and the questions surrounding him for the future, a solid showing in the Clash would be a huge confidence booster heading into the 2022 season with the Next Gen car.

Truex lost the championship to Larson in November in a heartbreaker, as he was leading with 30 laps to go until a caution came out and allowed Larson to leapfrog him on pit road. Truex tried to run him in down in the closing laps, but Larson held on and Truex was forced to settle for his third runner-up finish in the championship since his win in 2017. He should be one of the favorites on Sunday (Feb. 6), but a win at the inaugural Clash in Los Angeles would certainly help drown away the sorrows from the conclusion of last season.

Given the unique circumstances that this event presents, it would be a prime chance for any mid-pack team to shine. In the Bristol dirt race last March, Daniel Suarez was the surprise of the weekend as he led 58 laps and recorded a fourth-place finish in one of the best races of his Cup career.

Any of the rookies stand to benefit from a good run here as well. The 2022 rookie class features 2020 Xfinity Series champion Austin Cindric, four-time Xfinity winner Harrison Burton and two-time Camping World Truck Series victor Todd Gilliland. Given the uncertainties that lie ahead in figuring out the Next Gen car, starting the season on a good note in the Clash would be of major importance to all of them.

Of those who switched teams, who will have the best 2022?

Brad Keselowski leaves Team Penske after a 12-year tenure to become part owner of the newly renamed RFK Racing for 2022. Driving the No. 6, Keselowski replaces Ryan Newman and looks to make a statement in his first full-time season away from Penske.

However, Jack Roush’s last Cup win came in 2017, and the team hasn’t been a serious threat for a Cup championship since Carl Edwards in 2011. Keselowski himself is coming off a disappointing year that saw him win just one race at Talladega Superspeedway in April. Can he have a bounce back year and help RFK return to glimpses of its former glory?

Kurt Busch will join Bubba Wallace at 23XI Racing for 2022, leaving behind the now-defunct (in NASCAR, anyway) Chip Ganassi Racing after driving the No. 1 car for the past three seasons. Busch, who has won at least one race every season since 2014, will look to keep his streak alive and provide a veteran influence for a second-year Cup team. And given Busch’s Cup experience and the team’s support from Toyota, Busch should be able to have a good season and help elevate the organization to new heights.

Busch’s former CGR teammate Ross Chastain follows the rest of his crew members in a move to Trackhouse Racing Team after it purchased CGR’s former assets. Chastain showed flashes of greatness in 2021, as he scored top-three finishes at Nashville Superspeedway in June and Darlington Raceway in September. Road course racing was also a bright spot for Chastain, as he recorded three top-10 finishes in seven road-course starts last season.

Trackhouse’s inaugural season with Suarez generated moderate success, and if Trackhouse can use its newly acquired CGR assets properly this year, both drivers could be in for big improvements in 2022.

The Busch Crash call it what it is going to be

No mention of the construction companies/workers and material suppliers to build the temporary track? They are the ones who get my vote as to who is going to gain the most from this event.

LOL both of the above comments are hilarious.
Good one guys.

This race will prove absolutely nothing except it is either a good or bad idea Not what Bagley, Pistone, Moody, Myers et. al. say but what we think..
Roll of the dice.

A NASCAR Cup race on a quarter-mile track is, at best, going to be anti-climatic. A half-mile track is brutal enough (though admittedly exciting). But I cannot fathom the wisdom in producing a 1/4 mile push, shove, slam, and infield fighting match.

A NASCAR Modified and Cup racing fan since 1962, I am tired of NASCAR reaching for The Stars while attempting to gain an audience outside of the original ‘fandom’ consisting of regular folk.

Until they find a way to harken back to earlier times, while still evolving and incorporating (overly) diverse technology, NASCAR is going to continue to lose; both financially and in attendance / TV audience numbers.

For a period of time in the 70’s and 80’s, I was a points nerd keeping an account of racing positions and standings during the races. That is all but an impossibility anymore. I can’t imagine a newbie having the slightest clue about where their favorite driver(s) may be positioned during a race… or even be able to ID their particular favorites from week to week due to the ever-changing sponsorship paint schemes.

NASCAR founder Bill France, Sr was a marketing and race promoting genius. A man always open to changes, though in sensible moderation. I am confident in stating that Mr. France would be very disappointed in what his inept family members and subsequent NASCAR officers have been doing to his sport.