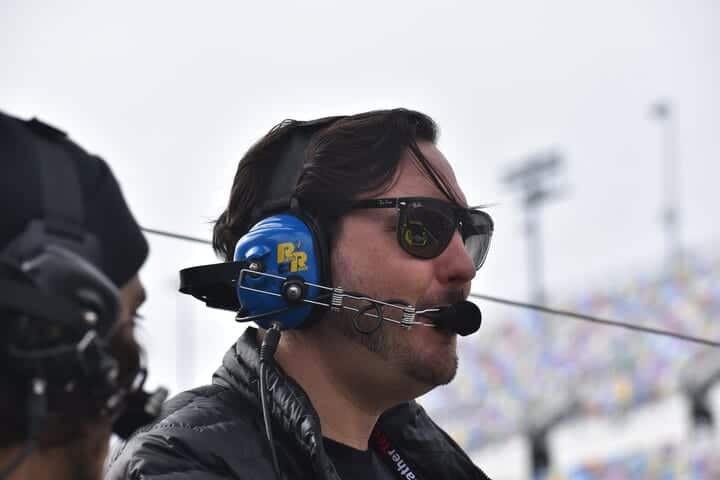 Rick Ware Racing (RWR) announced Wednesday (Feb. 3) that they will be entering the IMSA WeatherTech SportsCar Championship in 2022 as part of the WeatherTech Sprint Cup.  The team will field an Acura NSX GT3 Evo22 in the GTD class with Ryan Eversley and Aidan Read as the drivers.  Much like in other series in which they compete, RWR will use the No. 51 for the Acura.

“I’m very happy to be racing in the WeatherTech Series for Rick Ware Racing and Acura,” Eversley said in a press release.  “Rick, HPD and I have been working on putting something together for a while, so it’s great to show the fans what we’ve built. I’m very excited to represent Acura at their home race coming up in Long Beach, as well as the rest of the sprint cup schedule in our Acura NSX.”

Eversley, for the amount of name recognition that he has in the world of sports car racing, has never actually run more than three races in a season at the top level of American sports car racing.  Combined between the IMSA WeatherTech SportsCar Championship, Grand-Am Rolex Sports Car Series and the American Le Mans Series, Eversley only has 19 career starts.  In those 19 starts, he has five career podium finishes, one in the GX class in the Rolex 24 at Daytona in 2013.  The other four came in ALMS, three in 2004 in the LMP2 class and one in GTC in 2010.  Outside of IMSA/Grand-Am/ALMS, Eversley won the 2018 Pirelli World Challenge TCR championship and ran full-time in Pirelli World Challenge GT in Acuras from 2015-2017.

Eversley made his NASCAR Cup Series debut for RWR in the Jockey Made in America 250 last year at Road America.  He finished 39th after having a rear gear failure.  In addition, Eversley also attempted the Xfinity Series Verizon 200 at the Indianapolis Motor Speedway last year for JD Motorsports, but failed to qualify.  He is currently racing part-time for LA Honda World Racing in Michelin Pilot Challenge’s TCR in a Honda Civic Type-R.

In the press release, team owner Rick Ware indicated that Eversley driving the No. 53 at Road America last July was just the beginning of their working relationship.  Eversley and Ware continued to discuss a potential deal for 2022 over the next few months and things were able to come together to allow it to happen.

“I cannot think of a better driver to jumpstart our IMSA program,” Ware stated in the press release.

For Read, this will allow him to compete in more IMSA events in a year than ever before.  He’s looking forward to the opportunity.

“It’s going to be an exciting year for me working with RWR; as both an Engineer in NASCAR and Driver in IMSA,” Read stated.  “On the sportscar side, I am confident that Ryan Eversley and I will be strong competition in the GTD Sprint Championship with the Acura NSX. Rick and the entire RWR team have always been very supportive, and I am thrilled to be part of this new program!”

Read is an engineer by trade.  He will be full-time with RWR in NASCAR as well, working on the team’s NextGen cars.

I’m very privileged to also be working with @rickwareracing as the Engineer on the #15 as we enter the Next Generation of @nascar. Valuable experience.

It’s been a big push during the off season, tomorrow we travel to Los Angeles for the Clash. pic.twitter.com/GciVejseev

Read comes to RWR (in a driving capacity) after running the Michelin Endurance Cup races for Turner Motorsport last year.  Read, teamed with Bill Auberlen and Robby Foley, won in class at Watkins Glen, but didn’t finish better than sixth in the other endurance events.

For RWR, this will mark their first appearance in the GT ranks in the current iteration of IMSA.  Last year, they originally planned a schedule in the LMP2 class in cooperation with Eurasia Motorsport.  That team raced in the Rolex 24 at Daytona with Cody Ware, Austin Dillon, Sven Mueller and Salih Yoluc.  The team ended up finishing fourth in class at 10th overall.  Afterwards, Eurasia Motorsport was able to secure a spot in the 24 Hours of Le Mans under the banner of Racing Team India Eurasia.  Once that happened, they chose to refocus on Le Mans.

The team was also planning on entering the 2020 Rolex 24 at Daytona with a Riley/Multimatic chassis in the LMP2 class, but chose to withdraw due to a lack of spare parts after a crash during the ROAR Before the 24.  Ware himself competed in IMSA races briefly in the late 1980s.