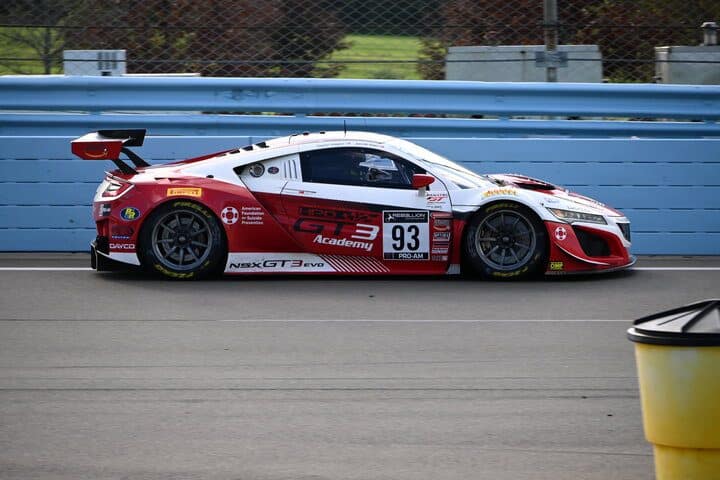 Wayne Taylor Racing announced Friday (Feb. 4) that they have partnered with Racers Edge Motorsports to field a new entry in the GTD Pro class in March’s Mobil 1 12 Hours of Sebring.  The team will race the No. 93 Acura NSX GT3 Evo22 with the driver lineup of Ashton Harrison, Tom Long and Kyle Marcelli.  Primary sponsorship for the team will come from Harrison Contracting Company, a Villa Rica, Ga.-based commercial painting and facility maintenance company that is owned by Harrison’s father.

Racers Edge Motorsports has a fairly long history in motorsports, but has never really been involved in IMSA.  The team competed in the Grand-Am Rolex Sports Car Series’ GT class with a Mazda RX-8 for a number of years.  However, when Grand-Am and the American Le Mans Series merged, Racers Edge Motorsports ended up moving to then-Pirelli World Challenge.  There, the team ended up racing in the GTS class before moving up to GT in 2019.

“This is a really fun and exciting opportunity for Racers Edge Motorsports,” said Jon Mirachi, owner of Racers Edge Motorsports.  “Wayne Taylor Racing has tremendous experience and success in endurance racing and merging that with our expertise and experience with the Acura NSX GT3 is a great combination.  Add in HPD’s unmatched technical support and we’re confident we have a really strong effort!  Our two teams and HPD all have a commitment to winning, so we’re looking forward to building on this collaboration for the future.  And finally, having Ashton take on this challenge gives us yet another opportunity to showcase one of our HPD Academy graduates and we believe, a future star in Sports Car Racing.”

Wayne Taylor Racing is best known for their prototype racing.  The team as presently constituted has competed since 2004, first with Daytona Prototypes, and now with a DPi-class entry.  The team has never fielded a GT entry in an endurance race previously, but they have run an effort in Lamborghini Super Trofeo North America, which is IMSA-sanctioned.  Last year, WTR ran four cars in the series.  Marcelli was in one of them alongside Danny Formal in the Pro-Am class, where they finished fourth in points with three victories.  Harrison drove solo in the Am class, where she finished second in points with three class victories.

For Harrison, Sebring will mark her IMSA WeatherTech SportsCar Championship debut.  She is currently signed to drive for Racers Edge Motorsports full-time in SRO America’s GT World Challenge America Powered by AWS in a similar Acura and is a 2021 graduate of the HPD GT3 Driver Academy.

To this point, she only has one career GT3 start.  That was October’s Indianapolis 8 Hour for a combination of the Intercontinental GT Challenge and GT World Challenge America Powered by AWS.  Harrison drove for Compass Racing alongside Mario Farnbacher and Matt McMurry.  With McMurry, Harrison claimed the overall and Pr0-Am victories in GT World Challenge America Powered by AWS (Note: This race was held during the first three hours of the eight-hour race).  In the overall eight-hour event, Harrison finished sixth overall, good enough to win the Silver Cup class.

Marcelli has also raced for Racers Edge Motorsports in the past in SRO America competition.  Marcelli joined the team in 2019 to run in the Pro-Am class full-time alongside Martin Barkey.  The duo earned three class victories (Circuit of the Americas No. 2, VIR No. 1 and CTMP No. 2) en route to the Pro-Am championship.  Marcelli ran part-time in 2020, earning an overall victory in Race No. 1 at VIR, the first race back after the COVID-19 shutdown.

For Long, Sebring will mark his first race in the IMSA WeatherTech SportsCar Championship since 2017.  Back then, he was part of SpeedSource’s Mazda factory program.  The team started out racing a SKYACTIV-D diesel-engined Lola before switching to a turbocharged four-cylinder engine.  In 37 starts, Long’s best run in the prototype was a third at Detroit in 2017.  In GT competition, Long made 28 starts in the Rolex Sports Car Series’ GT and GX classes.  He has four class victories, all of which came in 2013 for SpeedSource in a GX-class Mazda6 with a diesel engine.  He is currently driving for Forbush Performance full-time in IMSA Michelin Pilot Challenge in a Toyota GR Supra GT4.