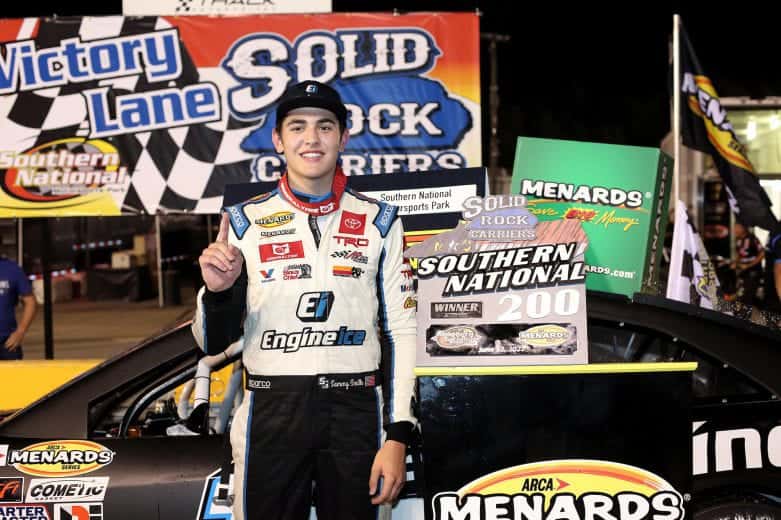 Kyle Busch Motorsports will field a full-time ARCA Menards Series team, with Sammy Smith as its driver for a majority of races, KBM announced Feb. 10.

Smith will drive the No. 18, which was previously fielded by Joe Gibbs Racing in the series.

TMC Transportation will sponsor the effort.

“We’re looking forward to having an expanded role within the Toyota Racing Development program in 2022 and being reunited with Sammy,” team owner Kyle Busch said in a team release. “He was able to win multiple races and a championship in the [ARCA Menards] East Series last year and we’re confident that he’ll be able to continue his winning ways this year.”

KBM will announce the rest of its lineup for the No. 18 at a later date; Smith cannot run full time due to being 17 years old. He turns 18 on June 4.