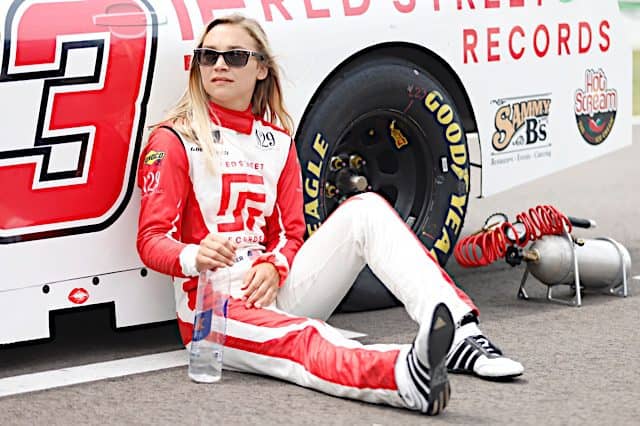 The Accelerate Her program will feature sponsorship from the Busch Light brand in NASCAR starting in 2022, with public relations and media value pledged in addition to sponsorship support.

The program has initially announced support for national series drivers Natalie Decker and Jennifer Jo Cobb, plus racers in other divisions across the country including Amber Balcaen, Toni Breidinger, Melissa Fifield, Stephanie Moyer and Brittney Zamora.

The only woman currently racing full time in a NASCAR national series missing from the announcement: Hailie Deegan, who drives for David Gilliland Racing in the NASCAR Camping World Truck Series.

The reason Hallie is not mentioned as she is under 21 and the industry helping out these female racers is an adult beverage company.

“The Anheuser-Busch brand has committed to spending $10 million over the next three years to elevate women in NASCAR with the Busch Light Accelerate Her program. The objective is provide more funding, track time, media exposure and training to prospective female NASCAR racers aged 21 or older. “

NA$CAR’S version on TITLE NINE.
It is good for the future. Paying it forward.