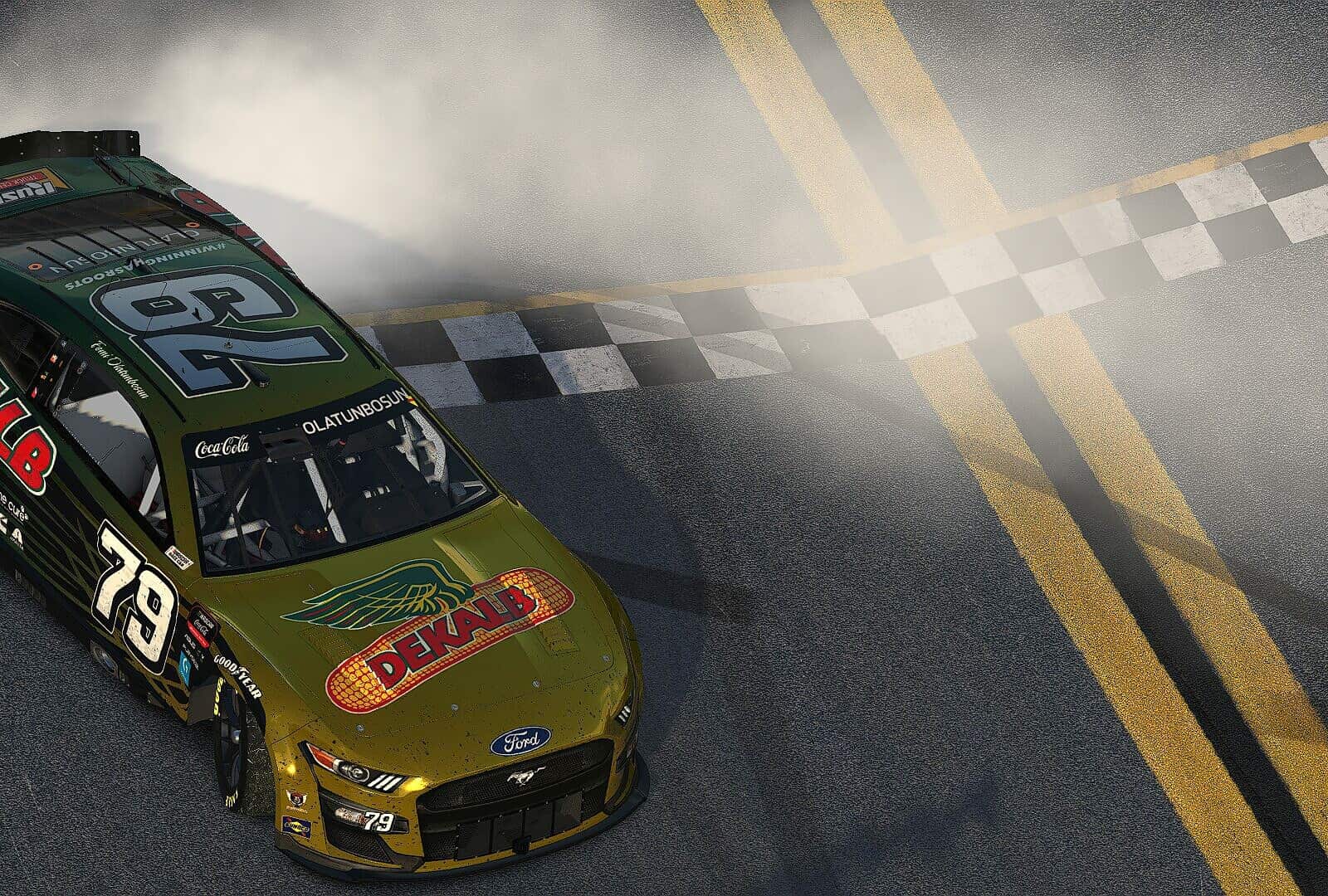 With the start of a new season comes a new winner in the eNASCAR Coca-Cola iRacing Series.

Femi Olatunbosun of Clint Bowyer Racing took home the victory in the season opener at the virtual Daytona International Speedway Tuesday night (Feb. 15), the first win of his career.
“Man, I mean what a way to start off the year,” Olatunbosun said. “I have to thank everyone for the support, especially after all the bad luck last year. I don’t even know what to say.”

As usual, there are new faces in the series this season, but also some familiar faces in new places. But also this race marked the series first in the Next Gen racecar.

What viewers outside of the simulator might not realize is how much different the racing is for these drivers compared to any other season. The new car has changed the dynamic of superspeedway racing with all new physics, making it seem extremely realistic compared to years past. Side drafting, lane choice and having friends who will work with you are all way more important now.

Following the green flag, it did not take long for carnage to strike, with a huge incident on lap 6. Rookies Briar Lapradd and Collin Bowden tangled and collected about five other drivers, ending their nights extremely early.
Overall, the race was fairly clean outside of the early wreck. Nick Ottinger and Michael Conti were able to control the race until halfway. Ottinger led the majority of the first 40 laps and proved he had the maneuverability in that car to keep it up front.
Pit stops began around halfway, and it helped position everyone for the end of this event. However, a caution with 36 laps to go changed the entire race.
Ottinger barely got into Logan Clampitt and turned him around in front of the entire pack. That spun Clampitt hard into the inside wall and sent Ottinger and Leahy into the rest of the field, collecting at least five cars total. Ottinger surprisingly had a relatively clean car out of that and was able to continue on.
There were many drivers who were in play for the win as it came down to the closing laps. Malik Ray, Graham Bowlin, Kollin Keister and Olatunbosun were the four best cars who were able to stay near the front coming down to the end.
Three-wide racing was something not many expected after the way practice and testing went for the series. But that’s exactly what happened plenty in the last 20 laps, some of the most exciting racing at Daytona in the Coca-Cola Series in many years.
A big wreck started with Ray and Keister set up overtime. On the final restart, a huge push from Garrett Manes allowed Olatunbosun to get the help he needed to get the win in a three-wide finish.
Manes, Steven Wilson, Conti and Jimmy Mullis rounded out the top five finishers in Tuesday’s wild race.
The next race for the Coke Series will take place on March 1 at 9 p.m. ET with live coverage on Twitch.tv/iRacing and eNASCAR.com