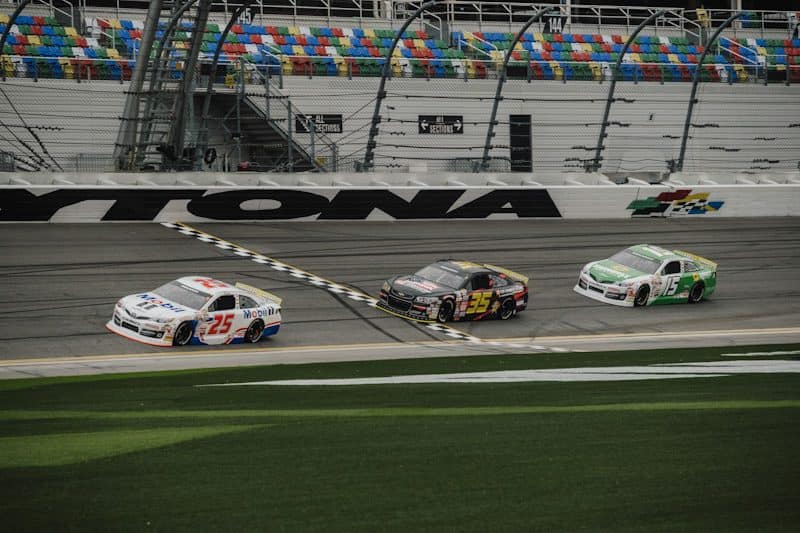 Thirty-seven drivers are entered in the ARCA Menards Series season opener at Daytona International Speedway. With the most drivers entered in an ARCA race since the 2018 season opener, also at Daytona, all drivers think they have a chance to win the Lucas Oil 200.

“We’re really good at managing the race,” Venturini team owner Billy Venturini told Frontstretch about his team’s superspeedway prowess. “With fast racecars, we have unselfish drivers who are willing to be a part of a team. We know when we go down there, it’s probably us against everyone else.”

After finishing runner-up in the championship standings last year, Heim is splitting the driving duties of the No. 20 with Jesse Love. Dean joined Venturini for a part-time slate, and he’ll wheel the No. 55.

“I like that I have those two driving our cars,” Billy Venturini said. “It gives us a big advantage and I feel like the racecars will be really strong because they tested really strong. The past couple of years, we’ve had fast racecars. I expect Parker Chase to help with the team effort here and the same with Toni Breidinger. The odds of putting them all in the top five is there, but the most important thing is making sure one of them wins.”

Chase has driven at the Daytona road course before, but this will be his first time on the 2.5-mile superspeedway. While this will also be his first ARCA superspeedway race, Chase practiced at the ARCA preseason test at Daytona, posting the 11th-fastest time. This will be Chase’s first start in another part-time campaign with the team.

See also
Parker Chase Back With Venturini Part Time for 2022

Breidinger, meanwhile, is the lone full-time driver for Venturini. Wheeling the No. 25, she posted the fifth-fastest time in that preseason test. She also was one of the females announced in the Accelerate Her program created by Anheuser-Busch. While Venturini said that is currently solely for her, he is proud she was included in the program.

Time to kick off the season with @BuschBeer. Busch Light has committed to supporting the women of @nascar. I’m proud to be partnered with a brand who supports and believes in female athletes. #AccelerateHer pic.twitter.com/d9pxzHEzO8

Drafting in the Lucas Oil 200 will be important, and Billy Venturini wants a Venturini driver to end the 80-lap race in victory lane.

“We are talking through the scenarios where we are all going to win together,” he continued. “I want every driver to realize we do this as a team. We work together and if there is one of them in front towards the end, if they can get pushed by their teammate to win, that is great. If they run second, it is a wonderful day and a huge accomplishment. Everyone knows when they come to drive for us that it is a team philosophy of ‘How can we all work together and figure out how to win the race?’. Cause we win as a team and everyone at the shop works on every car, so, these drivers want to treat these people working on their car to a win. No matter which one of our cars wins, the whole team wins.”

No longer a Venturini driver, Drew Dollar is a talented superspeedway wheelman. He won the pole for this race last year and won the 2020 Talladega ARCA race.

Even though he joined Kyle Busch Motorsports on a part-time basis, Dollar still has the same mindset for Daytona.

“I know we’ll have a fast No. 18 Toyota, so my mindset is to make it through the race and then try to get up front,” he told Frontstretch. “It’s my same gameplan as past years, except no teammates.”

Dollar will complete double-duty at Daytona on Saturday. After driving in the Lucas Oil 200, he will then make his NASCAR Xfinity Series debut driving the No. 18 Joe Gibbs Racing Toyota.

Dollar has lofty expectations for his day.

“Run all the laps and be in the battle for the win at the end,” he said. “In ARCA, I will be disappointed if we do not come away with the win. On the Xfinity side, it’s run all the laps because it gets crazy. Run inside the top 5-10 so we can have a shot at the win. I would really like two wins, but the ARCA race is a win or a disappointment. In Xfinity, run top five and either have us or a teammate have a shot to win.”

If there is someone who can best a Toyota driver, Greg Van Alst is a solid wager. He has two goals this ARCA season: win a race, then compete full-time. Van Alst started third in this ARCA race last year, and he topped the speed charts at the ARCA Daytona test. Look for his No. 35 to be upfront in the Lucas Oil 200.

Superspeedways are known for their unpredictability, so an underdog has a realistic chance of winning this ARCA race.

Dave Mader III finished second at Talladega last year. Andy Jankowiak scored top 10s in both superspeedway races last year and has sponsorship for this race in his quest to score an upset win.

Superspeedway racing also produces multi-car wrecks. For the full-time contenders, a wreck would be an immediate setback in their chase for the championship. In addition to being a newlywed, ARCA full-time rookie driver Amber Balcaen will be debuting her No. 30 Ford with a fresh paint scheme.

As Dollar summed it up, ARCA superspeedway racing is chaotic, and this large field size adds another element to it.

“It’s a big mix [experience-wise] in ARCA so that makes it exciting,” he said. “If you’re fast, you are one of the contenders. We’ll see – every year is a little bit different.”

There will be three straight days of ARCA on-track action at Daytona. There will be a 50-minute practice on Thursday, Feb. 17. The following day, there will be a group qualifying session. Then, the Lucas Oil 200 will take place at 1:30 p.m. ET with TV coverage provided by FOX Sports 1.