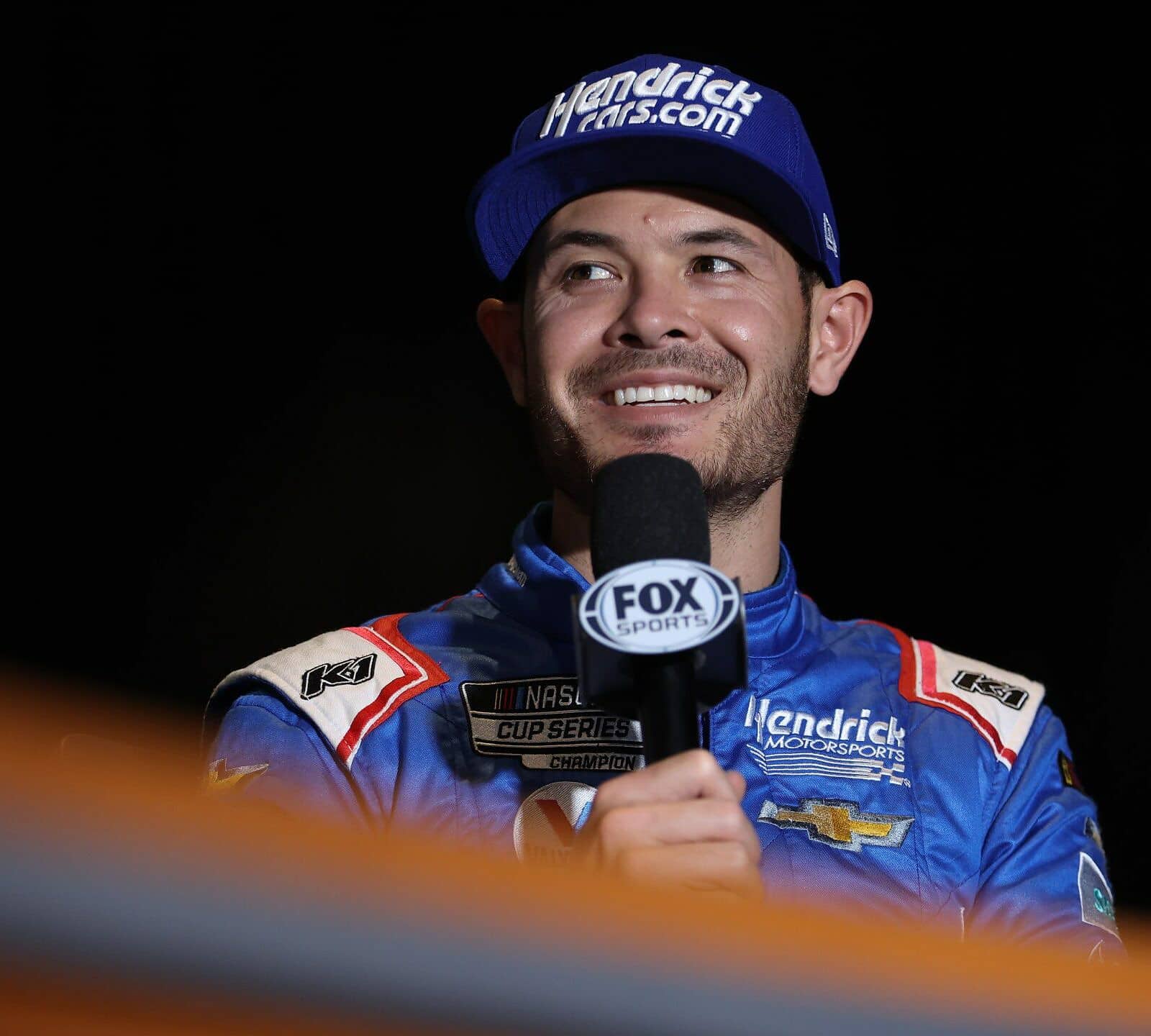 DAYTONA BEACH, Fla. – Hours before qualifying for the 2022 Daytona 500, Kyle Larson‘s No. 5 Chevy either didn’t have the right stuff or Larson is a very good liar.

“It sounds like our team’s more focused on getting a good handle for the race and stuff like that,” Larson said Wednesday during Daytona 500 media day. “Who knows? We could get a wind gust or something and get the pole and go ‘wow’ … I think our focus is on the race and with that I don’t think we will have the speed, single-car wise, to be on the front row.”

The second round of qualifying ended with Larson having claimed the pole for the 64th Daytona 500. He did so with a top speed of 181.159 mph.

Larson maintained he was convinced a pole wasn’t in the cards.

“I was joking with Cliff after (the qualifying run) ‘you had me convinced yesterday that we were not going to have a shot at the pole,'” Larson said. “We left our team meeting thing debrief yesterday and he’s like, ‘We’re just gonna focus on the race instead of that.’ So in my mind, that’s like ‘we’re going to be slow tomorrow.”

But when the first round of qualifying was over, all four Hendrick Motorsports cars were at the top of the scoring chart. Larson was second behind William Byron.

“Once I saw all the other Hendrick cars go 1-2-3 in that first round, I was like, ‘Okay, maybe we’ll have shot here, but if not, I’m still gonna be surprised and then we were second and close to William,” Larson said. “I was really happy and then started looking at lines and stuff on SMT and I’ve never done that before. So started taking a little more serious for the final round but just really proud of the team.”

The Daytona 5oo pole is the 11th of Larson’s Cup career and his first on a superspeedway.

Larson said the 500 pole is probably the one he’s “proudest” of.

“Normally when you get the pole, you feel like you’ve got a big impact on it,” Larson observed. “When you qualify here or at Talladega, you don’t really feel like you have an impact on it. But either way, it’s all almost feels like my most proudest poll I’ve had just because you’re proud of everybody that’s involved in doing it.”

It’s not a bad start to Larson’s defense of his 2021 Cup championship. He is just the fifth defending Cup champion to win the 500 pole and the first since Jimmie Johnson in 2008.

Does starting his title defense with the pole in NASCAR’s biggest race mean anything to Larson?

“I think it starts Sunday … afternoon during the race and the results from that,” Larson said. “But either way it shows that our race team did their homework this offseason. … I think it gives you confidence even for the other racetracks that are not Daytona, because we have a lot of speed here.”