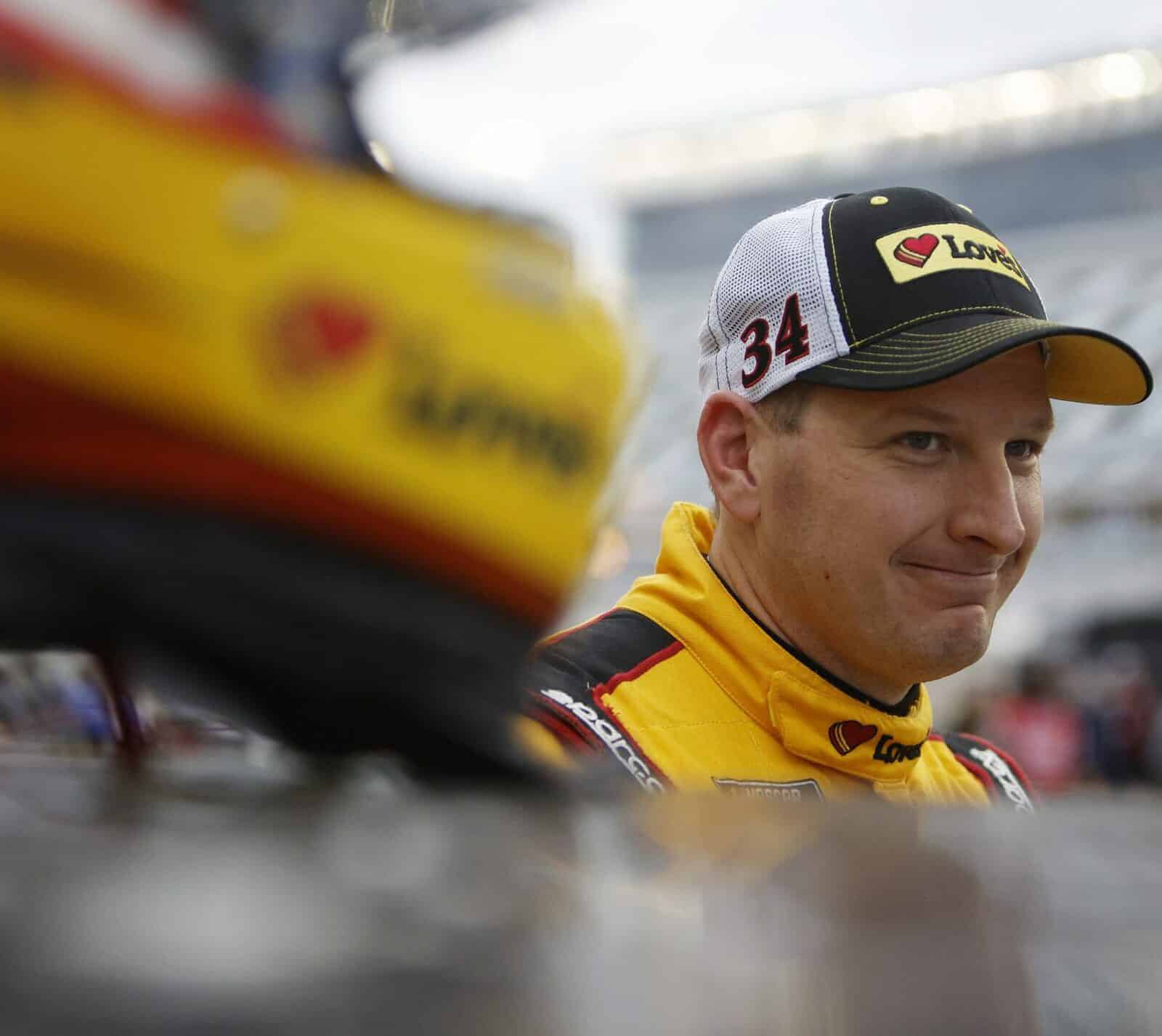 But none of those Florida visits have been like this.

When McDowell entered the track through an infield tunnel earlier this week, he did so as a driver trying to defend the biggest – and so far only – Cup Series win of his career: The Daytona 500.

“I think coming to Daytona is special,” McDowell said Tuesday night (Feb. 15). “It always is and driving through the tunnel you kind of get that feeling. … It’s kind of the kickoff to a new season and a fresh start and a lot of opportunities, but it’s exciting and it’s fun to come back as the Daytona 500 champion.”

For a few more days, McDowell and Front Row Motorsports’ No. 34 team will get to claim that title.

“We currently still are [the champion] until the race happens on Sunday and hopefully we’ll be the defending [champion again], but in this moment leading up to it, it’s a lot of fun,” McDowell said.

The job of trying to defend McDowell’s underdog victory got off to good start during Speedweeks. Tuesday night, the No. 34 finished two practice sessions with the fastest overall lap time in NASCAR’s Next Gen superspeedway debut. That effort came as McDowell raced around the 2.5-mile oval in a small group of other Ford cars.

“Lap time here is very situational on where you get the draft and where you get the runs, but I feel really good about our Ford Mustang,” McDowell said. “We had good speed and it drove pretty well. It did all the things you’re looking to do with minimal practice and not being in that three-, four-wide crazy situation, so I feel good.”

McDowell, 37, had a respectable record at Daytona before his surprise win 12 months ago, having earned six top 10s in his first 19 Cup starts there.

When asked whether he was given enough credit for putting himself in position to take advantage of a last-lap crash last year, McDowell said he never heard anything that made him feel disrespected.

As for the impact of his win on Front Row Motorsports a year later, McDowell called it “significant.”

He believes there’s only one race left open on the No. 34 sponsorship wise going into this season.

“That was growing each and every year and we were trending that direction,” McDowell added. “But the 500 definitely sped that up for us and allowed us to just make new relationships and expand our current ones. From a sponsorship standpoint, it has helped a lot.”

“I think that five or six years ago we had a harder time getting people to buy in to sort of the mission and the vision at Front Row, especially if they are already at a big four or big five-car team,” McDowell said. “Now it is a little easier to see that we can do it and we have the ability to do it and that is a great place for people to achieve some of their goals that they wouldn’t get to achieve otherwise.”

One of those goals is clear: to win a second Daytona 500.

But even if it doesn’t work out for McDowell, that’s OK.

“I still have the trophy (from 2021) and I don’t think I have to give it back after this weekend,” he said.