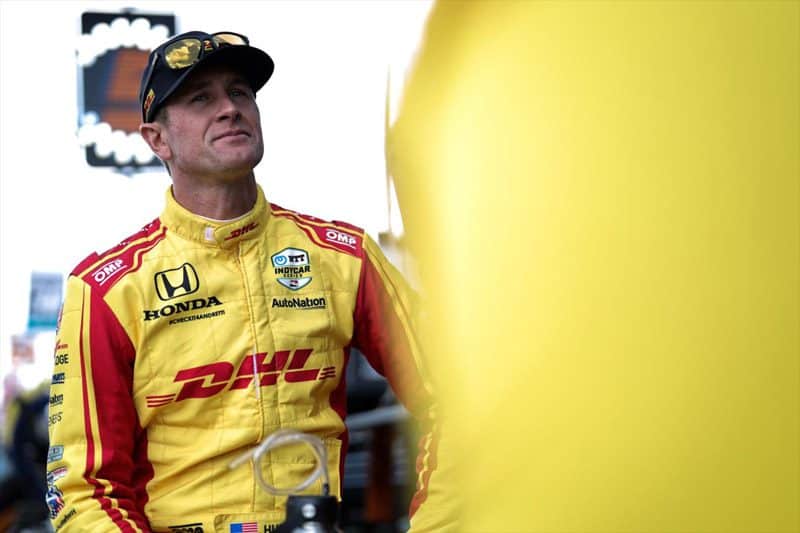 Chip Ganassi Racing and IMSA jointly announced Tuesday (Feb. 15) that Ryan Hunter-Reay has been hired to serve as the third driver in the No. 01 Cadillac DPi-V.R. at the Mobil 1 12 Hours of Sebring alongside regular drivers Renger van der Zande and Alex Lynn.  Hunter-Reay will drive in place of Scott Dixon, who was originally scheduled to compete in all four 2022 Michelin Endurance Cup races.

“I’m thrilled to be joining Chip Ganassi Racing and returning to Cadillac for the 70th running of the Twelve Hours of Sebring,” Hunter-Reay stated in a press release.  “This is a tremendous opportunity to work with one of the very best teams and manufacturers in motorsports.  Sebring is my home track and the 12 Hours of Sebring is one of those iconic events that you focus on as a competitor.  After winning the 2020 race overall, I’ve been eager to get back with a top team and compete for another win.”

Hunter-Reay has nine previous starts in the Mobil 1 12 Hours of Sebring.  As noted above, he last raced in the event in 2020 when it was run in November due to the COVID-19 pandemic.  Sharing a Mazda RT24-P with regular drivers Jonathan Bomarito and Harry Tincknell, Hunter-Reay claimed the overall victory.  He also has an overall second-place finish back in 2018 when he was driving for Wayne Taylor Racing.  In the pre-merger American Le Mans Series, Hunter-Reay claimed a class victory in the LMP2 class in 2011 while driving for Level 5 Motorsports alongside Luis Diaz.

Hunter-Reay got the nod for the race due to the NTT IndyCar Series schedule.  Dixon is scheduled to be at Texas Motor Speedway that weekend to race in the Xpel 375.  The races do not directly clash with each other, but the start of the Xpel 375 at Texas Motor Speedway is a mere 14 hours after the finish at Sebring.  Drivers that would compete in both races would likely get little to no on-track time in Texas prior to the race and arrive in Texas fatigued.