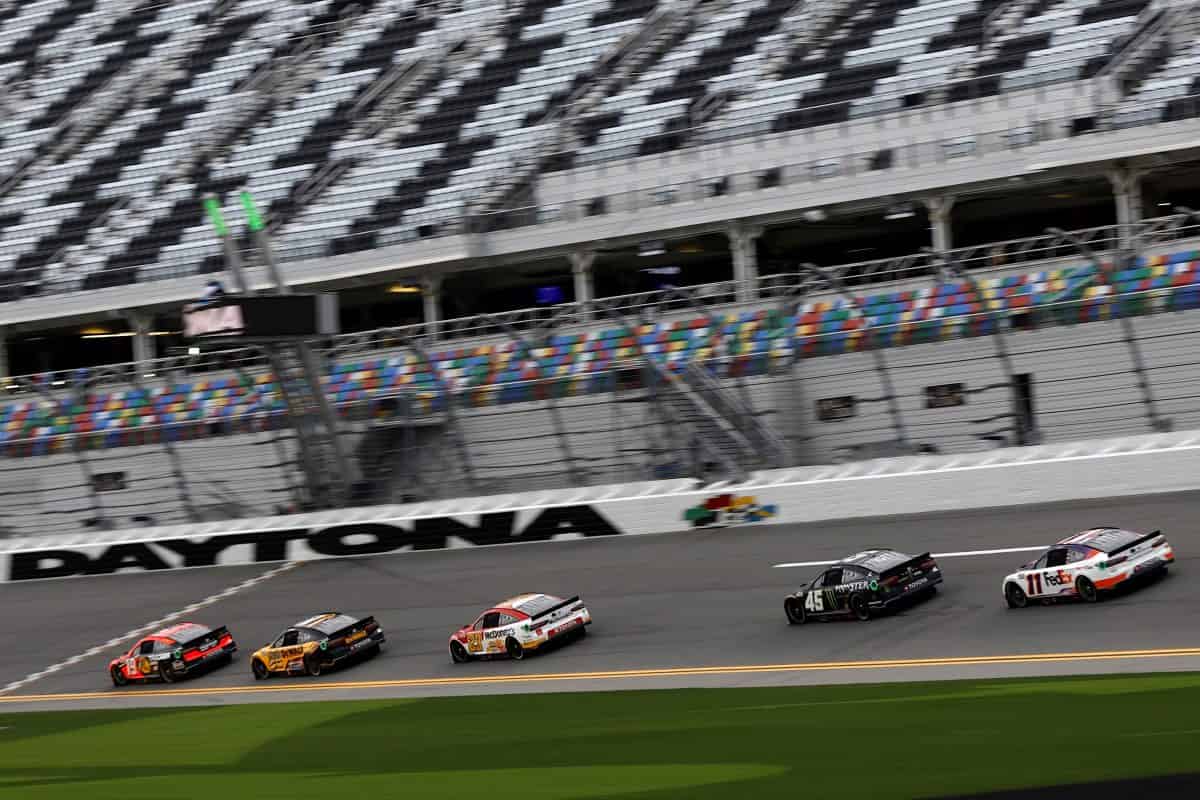 Teams, drivers, crews, journalists, fans and NASCAR itself head into Daytona International Speedway with very little set in stone in terms of expectations.

Sunday, Feb. 20, will feature the debut of the Next Gen car in points-paying competition, racing in one huge, 40-car pack for the first time after months upon months of testing and exhibitions. We got a taste of the car in a race with the Busch Light Clash at the Los Angeles Coliseum, but there’s a bit of a discrepancy between a quarter-mile track built inside a stadium and a gigantic, purpose-built, 2.5-mile superspeedway.

In other words, we have no clue what kind of show the new cars will put on when they’re all racing together in a pack, or even in close proximity, at nearly 200 mph.

The previous two times NASCAR updated its vehicular design in Cup were to the Car of Tomorrow (introduced part time in 2007, full time in 2008 and later tweaked in both 2010 and 2011) and the Gen 6 (implemented in full starting with the 2013 season). Kyle Busch won the first race in the Car of Tomorrow in 2007, setting off a three-and-a-half-year stretch during which the car was used, albeit with adjustments along the way — 2007 was on-and-off with the CoT’s use, while 2010 featured an eventual switch to the spoiler reverting from its winged configuration for 2011-12.

2011 featured a revamped design of the CoT, but 2013 was when the Gen 6 came into play. Jimmie Johnson won the first race, coming out victorious in a rather uneventful Daytona 500, and embarked from there on a sixth title-winning campaign. Some refinements and changes took place over its nine-year run in NASCAR, but the cars were generally similar, though the Chevrolets’ change to the Camaro ZL1 was the biggest switch.

While Johnson’s 2013 triumph wasn’t one of them, the 500 is also home to a host of first-time winners. Michael McDowell, with his first victory there last year, continued an every-10-years trend of a first-time winner in the second year of each decade this millennium. Michael Waltrip scored his first career win in the 2001 running, and Trevor Bayne accomplished the same feat with an out-of-nowhere triumph in 2011. Mario Andretti, Sterling Marlin and several other drivers also scored their very first Cup wins in the biggest race of the year.

Additionally, it seems like every time an unexpected winner visits victory lane in the 500, a host of first-time winners follow that same season:

While this isn’t a year that fits into this trend, the last several 500s won by drivers without a single prior Cup win to their name have kicked off seasons full of firsts.

A few drivers that could accomplish the same feat that Waltrip, Bayne and McDowell did include Richard Childress Racing’s Tyler Reddick, whose 2021 featured career-best Cup numbers in multiple categories and has shown speed at Daytona. Austin Cindric makes his full-time Cup debut for Team Penske; he won the NASCAR Xfinity Series opener at the superspeedway last February.

Landon Cassill finished fourth in the 2011 NXS race at Daytona, also notching a fourth at a Cup superspeedway with 2014’s fall race at Talladega. He’s running Spire Motorsports’ No. 77, while both Trackhouse Racing Team drivers, Ross Chastain and Daniel Suarez, are looking for their (and the team’s) first series win.

As if that weren’t enough, there’s chaos in the Xfinity and Camping World Truck series to boot. Journeymen like Cassill (Kaulig Racing, Xfinity) and Grant Enfinger (GMS Racing, Trucks) populate both divisions alongside a newer generation that includes series sophomore Carson Hocevar (Niece Motorsports, Trucks) and Josh Berry, for all intents and purposes a journeyman but who only recently got a shot in NASCAR. Berry won two races for JR Motorsports last season, earning himself a full-time ride for 2022.

In the midst of six consecutive days’ worth of on-track action in the World Center of Racing, there’s plenty to anticipate yet so much that’s still up in the air. The races kick off on Friday, with the Truck Series’ annual NextEra Energy 250 slated for 7:30 p.m. ET, followed by the ARCA Menards and Xfinity series’ openers on Saturday at 1:30 and 5 p.m., respectively and Sunday’s Daytona 500 at 2:30 p.m.

I must be laboring under a misconception, I thought that was the first Duel, & Brad K won the first points race for RFK. Thus doing what he said he was going to do when he announced the change. That being winning this season. Admittedly, it’s not the 500. But winning both Duels has to be big lift for a team that hasn’t had many lately. I don’t want to overvalue it, but I don’t want to see it devalued either.