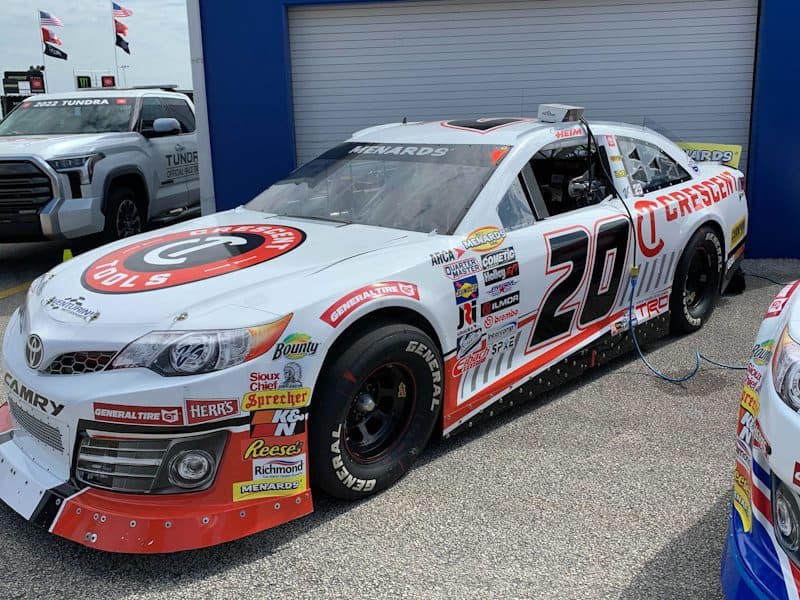 Corey Heim absolutely dominated the 2022 ARCA Menards Series season-opening Lucas Oil 200 at Daytona International Speedway. Heim started on the pole and led 74 of 80 laps, the most by an ARCA winner since Bobby Gerhart in 2006.

This victory marks Venturini Motorsports’ fifth straight win at this 2.5-mile superspeedway. The team controlled the race with Heim in the lead, and his teammate Parker Chase stayed glued to his bumper for much of the race.

Heim and Chase ensured Venturini went to victory lane as the two stayed glued together on a final one-lap shootout. Even when Drew Dollar wrecked and series officials allowed the race to finish under green, nobody was able to mount a challenge to steal the win away from Heim.

CHAOS AT THE FINISH 😯@CoreyHeim_ wins the race back to the checkered to pick up his second consecutive ARCA Menards Series win at @DAYTONA! pic.twitter.com/rWyngtjnIR

Neither Heim nor Chase are running full-time in ARCA this year. Daniel Dye was the top finishing full-time driver with a third-place finish in his first race at this superspeedway.

.@danieldye43 brought the No. 43 Chevrolet home P3. Caught up with him after a strong charge through the field late in the #LucasOil200. #ARCA pic.twitter.com/ev73Kjdsyj

Caught up with @seancorr82_8_48 post race after winning in the late Bob Keselowski’s colors. Hear what he has to say 👇#NASCAR #ARCA pic.twitter.com/40HqT4bCiO

The only other noteworthy on-track incident came after Eric Caudell spun on lap 22, bringing out the first yellow flag. Caudell ultimately finished in last place (36th).

Caudell gets pushed back to pit road with a flat left-rear tire and some left side damage. #ARCA https://t.co/ryDSA3fi7e pic.twitter.com/aDA5HFg2oV

As the drivers readied for the subsequent restart, Nick Sanchez went into the highest lane alongside Daniel Dye. Series officials initially penalized Sanchez for not following race control to merge into the high line. Sanchez and his Rev Racing team argued Dye wouldn’t allow Sanchez into the restart line. When the green flag flew for that restart, Sanchez and Dye were three-wide.

After an appeal by the No. 2 team, series officials rescinded the penalty. Sanchez later suffered a flat tire, derailing his strong run in this race. He wound up one lap down in 20th place.

Other notables included full-time rookies Rajah Caruth in 11th place and Amber Balcaen came home 16th. Due to his last lap wreck, Dollar finished in 19th place. Van Alst too finished one lap down lost one lap after his No. 35 received damage in that multi-car incident, and he finished a disappointing 22nd.

Heim easily worked his way back out front and coasted much of the rest of the way. His official margin of victory was 0.156 seconds over Chase but he was never seriously challenged in the race’s final laps. So, for the fifth straight ARCA superspeedway race, a Venturini driver was victorious with Heim winning the last three.