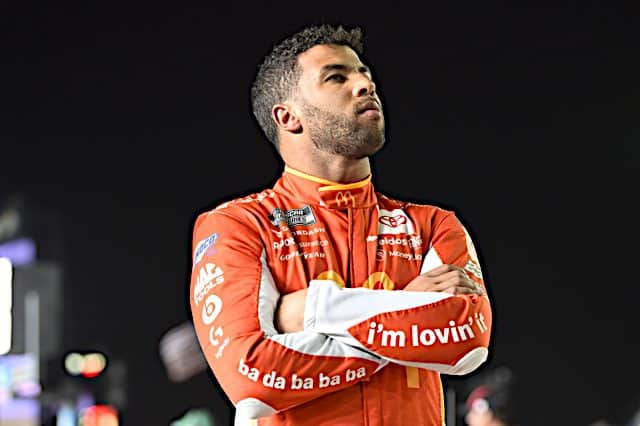 DAYTONA BEACH, Fla. — Four years ago, Bubba Wallace had tears in his eyes following a runner-up finish in the Daytona 500.

This time around, those same tears welled in his eyes following an identical result. But the only thing that was reminiscent of 2018 was the finishing position. Everything else had changed.

So close for @BubbaWallace. Tears in his eyes after a P2. #Daytona500 pic.twitter.com/ReUSFgnsDQ

In those four years, Wallace has gone from a rookie NASCAR Cup Series driver to one of the most recognizable figures in all of sports. From his outspokenness on racial strife in America leading to NASCAR’s ban of the confederate flag, donning a “Black Lives Matter” shirt and subsequently having it on his car, to openly speaking on mental health issues to now being engaged, Wallace’s change has been monumental.

“I was a rookie, didn’t know what I was doing,” Wallace said of his 2018 second-place finish. “Fighting with the bossman (Denny Hamlin) and I was just an emotional wreck. Being that close, I didn’t have a fighting chance the first time. This one, being that close it’s just like a gut punch, going from all the confidence in the world to literally having had it ripped out from underneath you is a really shitty feeling. It’s sports, it’s what happens.”

.@BubbaWallace’s fiancé Amanda Carter came over post-race and shared an embrace. What she said:

💭 “My adrenaline was going too fast. I don’t even know what I said. I think I just said I love you.” #Daytona500 pic.twitter.com/8xW362LuKJ

“Feels totally different,” she said. “We already came in second like this once. You don’t want to do it twice when you’re so close. Like, you can taste it. It’s exciting, but you want to win.”

Wallace said he’d rather wreck than finish second (again) in this race. It’s the heartbreak of being so close that had him emotional this year.

“Finishing like that, it’s like ‘hell, we should’ve just wrecked’,” he said with a serious chuckle. “I would’ve been like ‘aw damn, it’s Daytona’ instead of being like, ‘I hate Daytona right now because I finished second.’ It is what it is.”

The 2018 race with Richard Petty Motorsports was an unexpected success. To even have a chance of contending for the win was more than enough for a young, then 24-year-old. But on this Sunday night, the one spot that eluded him left him wanting more.

“We succeeded on all levels, but we failed at the same time. Going through that and trying to ride that (wave of emotions) is just super tough. Maybe in two days, maybe three, maybe a freakin’ week I’ll get over this.”

How come in Duel #2 when the crash happened at the end of the race they threw the caution right away. But in the 500 they didn’t. Once again Nascar isn’t consistent.

They had to give Bubba the chance to win.

‘I Thought We Had It’ How many times has the runner up said this over the last 60 years.