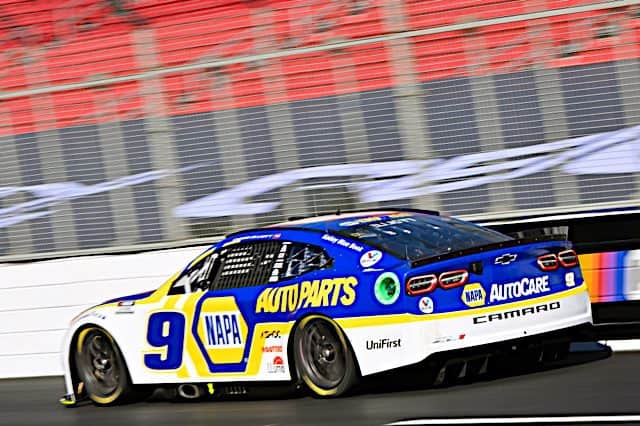 Chase Elliott will remain with Hendrick Motorsports until the conclusion of the 2027 NASCAR Cup Series season. Elliott and the Chevrolet stable agreed on a five-year contract extension that was announced Sunday (Feb. 20), just ahead of the 64th Daytona 500.

The 26-year-old son of Bill Elliott is embarking on his seventh full-time season with the team, having scored his first career win at Watkins Glen International in the summer of 2018. Since then, he’s won 12 other races alongside the 2020 Cup Series title, making Championship 4 appearances in each of the past two seasons. The 2027 season will mark Elliott’s 12th full-time Cup season and 12th with Hendrick Motorsports.

Elliott rolls off 11th for this afternoon’s Daytona 500 in the team’s No. 9, which will go green just after 3 p.m. ET with coverage on FOX.

He sure knows which side his bread is buttered on.

Yep, and he’s known it all along. Fan favorite and the % of everything Chase, salary and winnings. This 26 year old is set for life.

Ted
Reply to  Bill B

Ford had their opportunity, but they said no. He’s probably better off for it, I suppose.