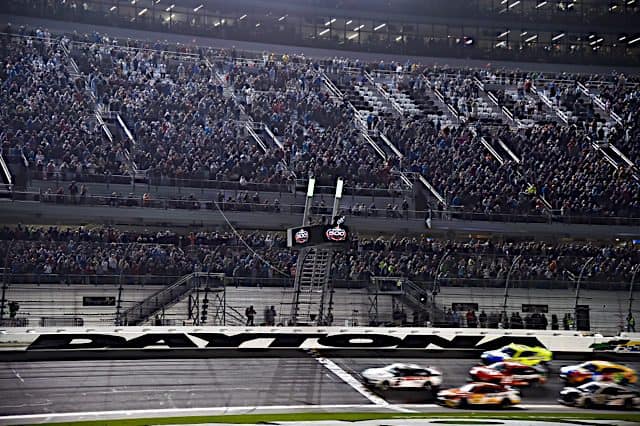 Many drivers go a lifetime without winning NASCAR’s biggest race, but it took Austin Cindric just eight starts to put that notch on his belt. Cindric powered to the front on the final restart and blocked his way to the Daytona 500 win as chaos erupted behind him.

Cindric showed strength all day long, leading four times for a total of 21 laps, and he didn’t lose his cool even when more experienced drivers fought for position around him. His best tracks are yet to come, so he’s a driver to watch this season.

And don’t forget David Ragan. He hasn’t run full time since 2019, and this time around, his entry was a lowly Rick Ware Racing machine. But the superspeedways were always Ragan’s forte and he took the No. 15 to a top-10 run, finishing eighth.

While the Gen-7 racecar is still mostly a question mark and will be for weeks if not months, questions are already being raised about its durability. Drive train issues during the Busch Light Clash and suspension failures during the Daytona 500 certainly don’t bode well for the car’s ability to hold up.

Was it everyone? No, but the fragility of the cars has been highlighted. Attrition isn’t necessarily a bad thing, but a lack of durability to a certain degree is also a lack of safety. Anytime a car is involved in an avoidable accident, it’s not a good thing, and when it happens because something broke that shouldn’t have, it’s worse. The damage sustained at The Clash at 60 mph gave pause, and the crashes at Daytona International Speedway didn’t do much to lend confidence.

Polesitter Kyle Larson’s title defense didn’t quite start the way he hoped. He had a competitive car, finishing ninth in the first two stages, grabbing a few points and leading one lap. But Larson’s fortune ended there. He was caught in the wreckage of a chain reaction on lap 192 that ended his day early in 32nd place.

Defending Daytona 500 winner Michael McDowell is a solid superspeedway racer who was in it at the end once again, finishing a solid seventh. He didn’t do anything spectacular, scoring no stage points and not leading, but he was solid, and solid paid off this week.

Qualifying race winners Brad Keselowski and Chris Buescher came within a few laps of contending for a win, running in a fast outside line with a handful of laps left. But Keselowski just kissed the bumper of Ricky Stenhouse Jr., sending the No. 41 around. Buescher was collected in the melee (he finished 16th) and Keselowski was left to pick up a ninth-place finish when all was said and done.

Fans don’t have to be in the racecars to feel when the air changes at Daytona. Late in the race, it becomes electric, volatile as urgency ramps up. The final pair of cautions was almost an inevitability. What was lost in the shuffle could have been a game-changer.

Coming to the finish, as the field started spinning behind them, Cindric bumped Bubba Wallace and in doing so, pushed Wallace below the yellow line. Wallace didn’t complete a pass down there, but the move killed his momentum. But was Cindric in violation of NASCAR’s rules?

He could have been, but NASCAR’s calling of the yellow-line rule has been less than consistent (and less than good, too), and the rule itself is interpreted differently every time it’s called into question. The no-call was par for the course, and it wasn’t the most blatant line violation to not be called. Wallace probably wasn’t going to squeak past Cindric at that point without the interference. It’s not a call that ruins the end of the race, but casting doubt in the first race of a season of question marks just adds another one to the mix.

The Cup Series begins its West Coast swing at Fontana next weekend, and that race will provide the first real glance at what the gen seven car will race like on the intermediate tracks. Those tracks pepper the schedule, and they’re the most difficult to get a good race on, mainly because of the dreaded aero push and the difficulty of passing as a result.

Can the new car defy the odds and erase at least some of the advantage the leader has in clean, undisturbed air? That’s the big question. Don’t expect a complete answer next week. In fact, don’t expect a real picture of the new car and who has a handle on it for several weeks. But the first real test is up next, and it will at least give an idea of what’s in store.

How … has the new car changed the superspeedway game?

It hasn’t, or at least not enough. In the smaller packs in the qualifying races, the packs broke up into smaller groups. Quite a change from the massive packs we’ve seen. But with more cars on Sunday, it was back to the old tricks and the big wrecks that go with the brand of racing Daytona and Talladega Superspeedway breed these days.

The shift of energy late was palpable, and while the wrecks were slightly smaller, they were still the deciding factor in the race. The bigger line of cars ruled, the leader couldn’t leave any room on the table, and the yellow line came into play. Nothing new to see here, folks. Move along.

I have a question. NASCAR has taken wheels from both RFK, & Penske. Brad stated that they were addressing a safety issue. From what I saw he’s right on. There are definitely issues with the wheels, & single nut system. in all me years of watching, I’ve never seen a wheel just come apart W/O being involved in a wreck. Will NASCAR work with them to resolve the issues, or come down on them for trying it on their own?

Watching what I saw of the event made me think of Ben Colder. He sang parodies of other songs like Rhinestone Ploughboy (obvious) and She Thinks I Steal Cars (She Thinks I Still Care). His real name was Sheb Wooley and he was an actor in Rawhide with Rowdy Yates (Clint Eastwood). Nothing has changed with the new attempt at a “race” car (it might be worse) and NA$CAR is a parody of what ti used to be.

It appears that with the new low profile tires, if you have a flat, it is much harder to limp your way back to the pits. The wheel looks to have more of a tendency to spin within the flat tire.

I was going to make this same comment. If a driver has a flat they are pretty much screwed.

jrstatesman
Reply to  JD in NC

Seems that the halfshafts in the new car’s IRS are gonna be a weak link, for awhile at least.

I’m guessing the new tire doesn’t have an inter liner like the old tires. Inter liners were used for safety. Guess Nascar doesn’t see the need for safety in the new tire. I can’t remember the last time I saw that many tire failures.

I believe they still run interliners only they are harder to see and may be less effective because the tires have a lower profile and the interliners don’t appear to hold the car up and keep the rims off the track. They may be working and we can’t see it or they may need some kind of size or air pressure adjustment.

Yep, I think they did a pretty good job with developing the new car, it’s a simpler design and at the same time brings some updates. I think they went a little too far with their “updated” wheel/ tire combo. Maybe stick with proven performance. Na$car seems to be scared to death of the media elites viewing them as ” backwoods” or good ol boy image. The car is a race car design, and it’s just o.k. I believe they have just re-decorated the Christmas tree for the most part with a fantastic promotional plan behind it. Would the steel wheels and taller sidewall kept have crushed their new image?

You are correct. The lower profile tires cannot accommodate an inner liner, so they are a thing of the past.

Finally, someone figured it’s “inner” liner, although “inter” could apply to NA$CAR in the future.