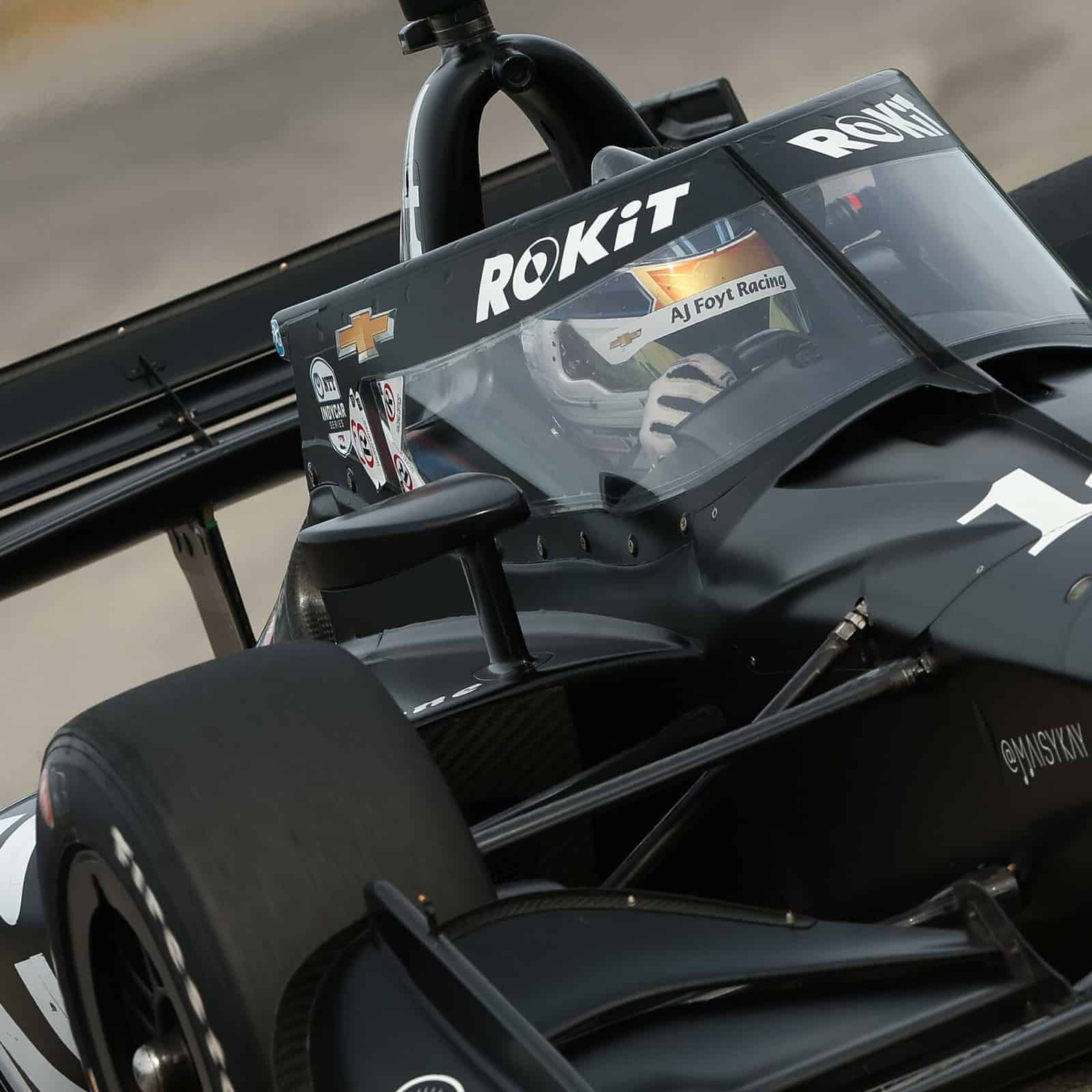 After driving through turn 14 of the St. Petersburg street circuit, Kyle Kirkwood speeds down the runway of the Albert Whitted Airport as he starts another lap of the 14-turn, 1.8-mile circuit.

He’s raced on this track before on all three levels of the Road to Indy- winning in two of them. But those cars are slower, less demanding and less brutal to drive than an Indy car. As the bumpy runway pavement streaks by underneath the Florida native’s car, one of the most critical parts of the track approaches.

When white lines painted all over the pavement are combined with a mixture of rubber compounds from other series at one of the hardest braking points on the track, that piece of track is now a challenging corner not just for any driver, but also for an engineer.

A driver may try different lines through the first turn during the weekend to get a feel for what is car can do, but an engineer has to be able to help get the power down to the rear wheels to go straight and to also get the car stopped and able to turn properly.

That will be Mike Colliver’s challenge as he helps Kirkwood through his rookie NTT IndyCar Series campaign. Colliver’s background comes from Biomedical engineering but he wanted to try motorsports.

After winning the 1996 Indianapolis 500 as a mechanic on Buddy Lazier’s car, Colliver spent time at Treadway Racing, Kelley Racing and Dreyer and Reinbold Racing before working with A.J. Foyt Racing the last few seasons.

For Colliver, turn 1 is a challenge, but getting turn 2 right is just as critical, if not more critical than turn 1.

Turn 2 at St. Petersburg is a left hander that the pit lane exits onto the outside groove of, and if a driver has enough rear grip and can get through turn 2 with a good line, then that sets them up to go down to turn 5 much faster than if they get that corner wrong.

That time lost in the first sector could cost a driver several positions in qualifying, which can adversely affect their strategy for the race.

As Kirkwood drives further down the track, he’ll eventually get to turn 9, the right hander right before the back stretches of the course. Getting the best traction out of this corner can gain a driver a few hundredths, if not a couple of tenths of a second if the exit is good.

“If you’ve heard the term ‘Exit speed is king,’ definitely applies there,” Colliver said. “So if you’ve got two mile per hour higher exit speed, you carry that two mile per hour basically all the way down to turn 10, which adds up to a couple tenths of a second pretty quick.”

After getting through turn 10 and the fast right-left chicane that makes up turns 11 and 12, Kirkwood approaches the final hairpin leading back onto the runway that makes up the main straightaway. Getting the exit of this hairpin right is critical. Getting it wrong could lead to a spin.

“Some drivers have figured out how to get the car wider and straighter before it crosses that first paint [section], because if you’re laterally loaded, you’re kind of still turning as you’re heading out towards the wall,” Colliver said about turn 14.

Then when a driver gets pointed in a straight direction, they’re heading off toward turn 1 again for another lap and the exercise begins again. The season opener for the 2022 NTT IndyCar Series will be Sunday February 27th at noon E.T. on NBC.