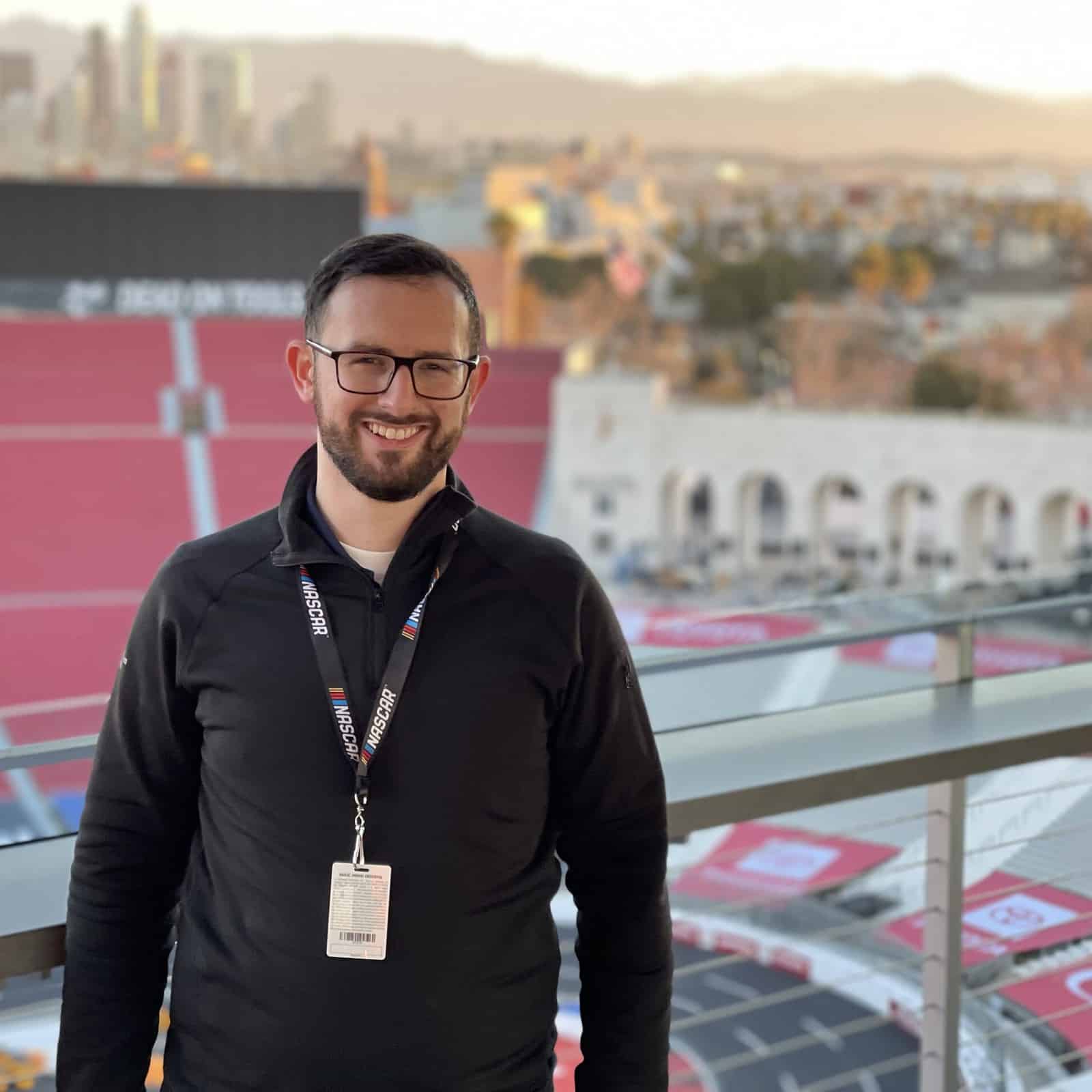 ORMOND BEACH, Fla. — As I sit in my Airbnb on the final night of my Daytona 500 coverage, two words come to mind: I’m blessed.

I’ve gotten to do a lot of amazing things in my journalism career — things I would’ve never dreamed I’d be able to do. But covering the Daytona 500 to begin a NASCAR Cup Series season? Yeah, I dreamt of that.

And so it’s that much more bittersweet that I say goodbye to Frontstretch, effective at the end of Tuesday, Feb. 22. After two and a half years of growing with the site, new horizons await and my time here has come to an end.

Back in July 2019, I joined this outlet looking to write and edit more consistent NASCAR content in addition to my then-job as a sports reporter for the Pocono Record in Stroudsburg, Pennsylvania. I knew I wanted to be more involved with NASCAR, but the Record was my full-time, full-paying job, and I had races at Pocono Raceway and Dover Motor Speedway to cover (also no, I’m not used to Dover “Motor” Speedway yet either).

See also
Aric Almirola: 'I'll Want This One Back For Sure'

But things changed at the end of 2020 and I left the Record, allowing me to shift way more attention toward Frontstretch. That decision legitimately changed my life.

For the first time in my career, I was able to expand past Pocono and Dover, covering not just their races but those at New Hampshire Motor Speedway, Watkins Glen International, Darlington Raceway and Phoenix Raceway.

The credit for making that happen goes directly to our site’s editor-in-chief, Tom Bowles.

Since joining this outlet, Tom has unquestionably been my biggest supporter. I’ll keep this short and say his belief in me is what got me to the track for seven Cup races last season and propelled my career further forward. I’m forever grateful for his backing, mentorship and friendship.

Speaking of friendship, man, I made a lot of friends along the way here. I won’t list names here only because the list would be long — but also because I don’t want to leave anybody out.

I’m proud of the work I did for the site, but only because of the feedback you, the readers, have supplied along the way. Many of you have reached out with kind — or constructive — comments regarding topics across the NASCAR spectrum. Thank you for caring about this sport so passionately because we have no reason, purpose or ability to get to the track without you.

I’ll still be covering NASCAR in the very near future. If you care to follow my work, I’m on Twitter at @zachstur. Drop a line and say hey and we can talk racing.

In the meantime, stick around here at Frontstretch. I couldn’t be prouder of my colleagues’ work, including Daniel McFadin’s introspective look at Austin Cindric‘s Daytona 500 victory, Davey Segal’s continued excellence in podcasting and video reporting and so much more.

Our @DaveyCenter caught up with a pretty happy driver at @DAYTONA…

The coverage here will guide you through the 2022 season. As for me, I’ll be doing the same elsewhere some time soon. But I certainly wouldn’t be doing that without Frontstretch.

Thanks and good luck.