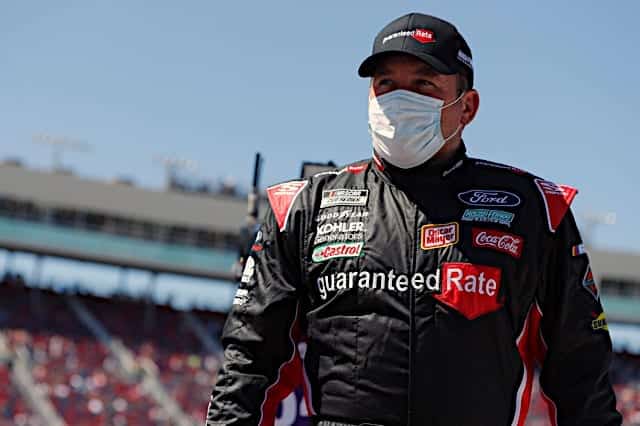 Ryan Newman, Bobby Labonte and Michael Waltrip will compete for the Superstar Racing Experience in 2022, The Athletic reports.

All three will run the full six-race schedule, according to SRX CEO Don Hawk, who is quoted in The Athletic‘s reporting.

A fourth driver, Greg Biffle, was confirmed as running the full slate. Frontstretch reported the news of Biffle’s addition to the series last week.

Glad to see Newman doing something and not just fading into the sunset.

Rocket Ryan Newman – happy to see he will be racing this year. I was at New Hampshire International Speedway in September 2002 for Ryan’s first Winston Cup win. Rain-shortened.

Please don’t let Mikey get anywhere close to a mic!