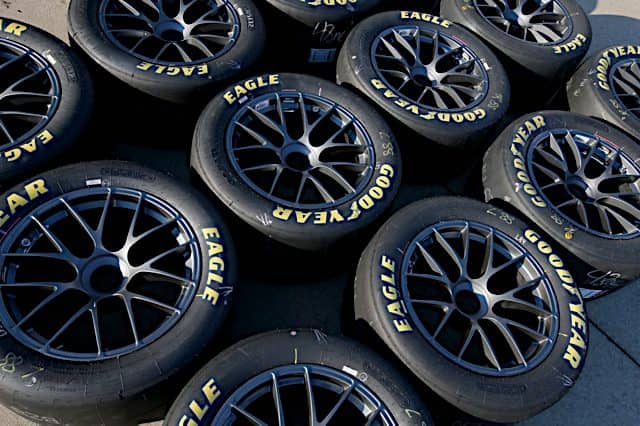 Austin Cindric was the first NASCAR Cup Series rookie in 10 years to win the Daytona 500. Will this be the only race he wins this year, or should we suddenly consider the No. 2 team to be championship contenders?

Tanner Marlar: Yes and no. Austin Cindric is a talented driver on a good team and has a bright future ahead of him. However, he’s still young, and although it takes tremendous skill to win the Daytona 500, it also takes tremendous luck. Cindric is locked into the playoffs, and he will have his chances to win more races this year, but he’s not at the top quite yet.

Trenton Worsham: Cindric will have opportunities to win more, especially on road courses. Kyle Larson, Chase Elliott and Martin Truex Jr. will be the favorites, but he has shown his skills and kept up with the Cup guys for good portions of his races in 2021 he ran. Title contender? Not this year, but he will probably make the Round of 8 at the most.

Aaron Bearden: Assuming the Fords have pace this year and Team Penske continues to lead the Blue Ovals’ charge, there’s no reason to think Cindric couldn’t snag another race win somewhere. I’d keep an eye on him at road courses in particular, because he was a clear standout on them in the NASCAR Xfinity Series and even showed promise in limited Cup efforts last year. I’m not sure I’d trust the rookie to be an outright title contender, though.

Mike Neff: With the plethora of road courses on the schedule and Cindric’s demonstrated road-racing skills, he will certainly have a shot at more wins this season. While he may have more wins, I would not consider him a title contender. You don’t stroll into the best stock car series on the planet and walk off with the championship.

See also
Will Kyle Busch Ever Win the Daytona 500?

NASCAR wheels were the biggest mechanical concern with the Next Gen car. With the old, abrasive pavement of Auto Club Speedway this weekend, do you think we’ve got a problem here, or is it much ado about nothing?

Bearden: It’s impossible to tell what will come of the wheels at Auto Club. But if there are problems to see, one would assume that the track could exacerbate them. Time will tell.

Neff: Not sure they were the biggest mechanical concern after the Busch Light Clash at the Los Angeles Coliseum, but they are certainly a concern after Daytona International Speedway. Apparently run-flat technology is not the best when you are in the grass. There is a genuine possibility that tires will be the main topic of concern at Auto Club and Las Vegas Motor Speedway.

Worsham: It will, which is great for fans of old school strategy and surviving to win. If it comes down to tires, the ending and pit road calls for final stops will be interesting.

Marlar: The Cup wheels are a huge concern at Auto Club, simply because there’s not as much rubber as there used to be. I expect teams to fly through tires at the going rate, if not faster than before, in Cup.

Name one Cup driver you’re looking at that has something to prove (and why) after a difficult Daytona Speedweeks.

Neff: Truex had a decent qualifying run, but the week went downhill from there. In his Bluegreen Vacations Duel, he was sixth out of the eight cars that finished on the lead lap. In the first two stages he looked like it was his race to lose, and then he did — 13th of the 15 cars to finish on the lead lap, a genuinely disappointing week aside from the stage wins. Truex is closer to the end of his career than the beginning. He has to feel a need to contend for wins on the West Coast swing to get the team back near the top where it belongs.

Michael Nebbia: The one Cup driver I’m looking at that is Harrison Burton. He had a great run going before getting wrecked by Brad Keselowski in the Daytona 500. I see a bright future for him going forward; he has a great team behind him. He just needs to stay away from serial crashers like Keselowski and Ricky Stenhouse Jr.

Worsham: Bubba Wallace. Despite winning last year at Talladega Superspeedway, some still have an asterisk next to his name as a Cup winner. He finished second at Daytona, and he has a chip on his shoulder. With having a proper off season vs. 2021 and veterans like Denny Hamlin and Kurt Busch around him, he should be able to prove himself a lot more.

Bearden: Hamlin has been one of the top Cup drivers in each of the past three seasons, and he kicked off all three years with a strong run in Daytona. Could his early exit in this year’s Great American Race and the Next Gen car’s arrival bring that run of form to an end? Maybe not. But it’ll be interesting to see how the No. 11 team responds.

Marlar: After he got turned at one of his better tracks, Stenhouse needs to have a big week to right the ship and avoid a bad start to a fresh season. He’s going to perform at superspeedways, and last season he had some moments that looked like he could be turning the corner. This season, after a bad start, is still very much salvageable, so we’ll see what he does with it.

After getting wrecked at Daytona in the NASCAR Xfinity Series race, Jeremy Clements went off on Drew Dollar and claimed “that’s what happens” when people buy rides at larger teams. Is that an unfair assessment? And is there any way to help small teams out when they’re a victim of a wreck caused by a larger, well-financed organization?

Marlar: Jeremy Clements‘ outburst was driver frustration at its core definition. Tempers were flaring after a big wreck at one of the year’s biggest races. There have always been small teams, and NASCAR is continuing to try to find ways to make them more and more competitive, especially in the Cup Series. Trickle-down basics tell us that it will eventually reach Xfinity, too. We’ll just have to wait a bit.

Neff: It is a very unfair assessment. Drew Dollar has run over 60 races in regional and national competition. He has an ARCA Menards Series win at Talladega. Dollar has five fewer starts in ARCA than Clements, with a better average starring position and finishing position, by roughly eight positions. People have to start somewhere in the Xfinity Series, and it is a shame Dollar’s first start was at Daytona. That said, he is more than deserving of the ride.

Bearden: If you put yourself in Clements’ shoes, it’s easy to understand his frustration. He’s spent his career grinding out results on the Xfinity Series while others like Dollar have quickly found themselves in top-tier rides for one reason or another. Daytona offered a rare chance for Clements to win, or at least score solid points, but he barely got to race and has a wrecked car to show for it. As for his comments and helping smaller teams, it’s difficult to say what can be done. The biggest key is making racing affordable enough for the small teams to be able to overcome such financial setbacks and set up a model that encourages performance over funding. But that’s a work in progress that will exist for as long as auto racing continues.

Worsham: It could be that but also the younger kids don’t know and haven’t experienced death in racing. Some weren’t even around when Dale Earnhardt died. The safety of these cars has come so far that they feel invisible and will race more reckless against the veterans who came in racing with more care. Money does buy rides, unfortunately, but this is a bigger problem with the younger racers in general who won’t be scared to play bumper cars without a care in the world.

Is there a tire or a wheel problem? There may be wear issues with tires at Fontana. The roughness of the track will force teams to adhere to the plea from Goodyear to stay above the minimum tire pressure recommendation. But the wheel issue that has been tossed about this week is another story. With only superficial information being shared by Nascar (and no one in the press daring to investigate any further) it is unclear if the problem is a tolerance stack up issue with the design or a part quality issue with the wheels or hubs not being to print. Without that knowledge, everyone’s commentary is simply BS.

I think Jeremy Clements is exactly right. He started somewhere back in the 30’s and was running around 12th when he was taken out. Drew Dollar doesn’t have the skill to be driving a Joe Gibbs car, but then again, as long as the check clears, the most holy and pious Christian will put anyone in his car, no matter what their talent level is. Maybe Drew has better stats than Jeremy, but Drew has also run in better equipment since his family can buy him the best rides in the field. Have Drew drive for one of the low budget teams in the Xfinity series and see how well he does. At least Jeremy has enough class to not dump his used tires in Drew’s hauler, the way Drew’s team did to Thad Moffitt at the ARCA race in Michigan last year.

One solution is to let talent decide who gets a ride, not the money a driver or family can bring to the meeting.

Unfortunately its always been this way. How fast do you want to go depends on how much money you have. Its that way on most dirt tracks all over the united states. Thats why its so hard for kids to get started in racing. They can go buy a ball a-lot cheaper than a racecar. Its sad but the amount of money a person has controls most all the opportunities a person can get. Especially in racing cars.

I think the tire/wheel problem at Fontana will come as a result of the huge bumps and dips on the back stretch. I can see those either causing blowouts or breaking the wheels. We shall see!

@Worsham
You wrote: “The safety of these cars has come so far that they feel invisible”
Invisible?? I think you mean invincible.

I think your on the wrong forum, I think you meant to go to a teaching forum.