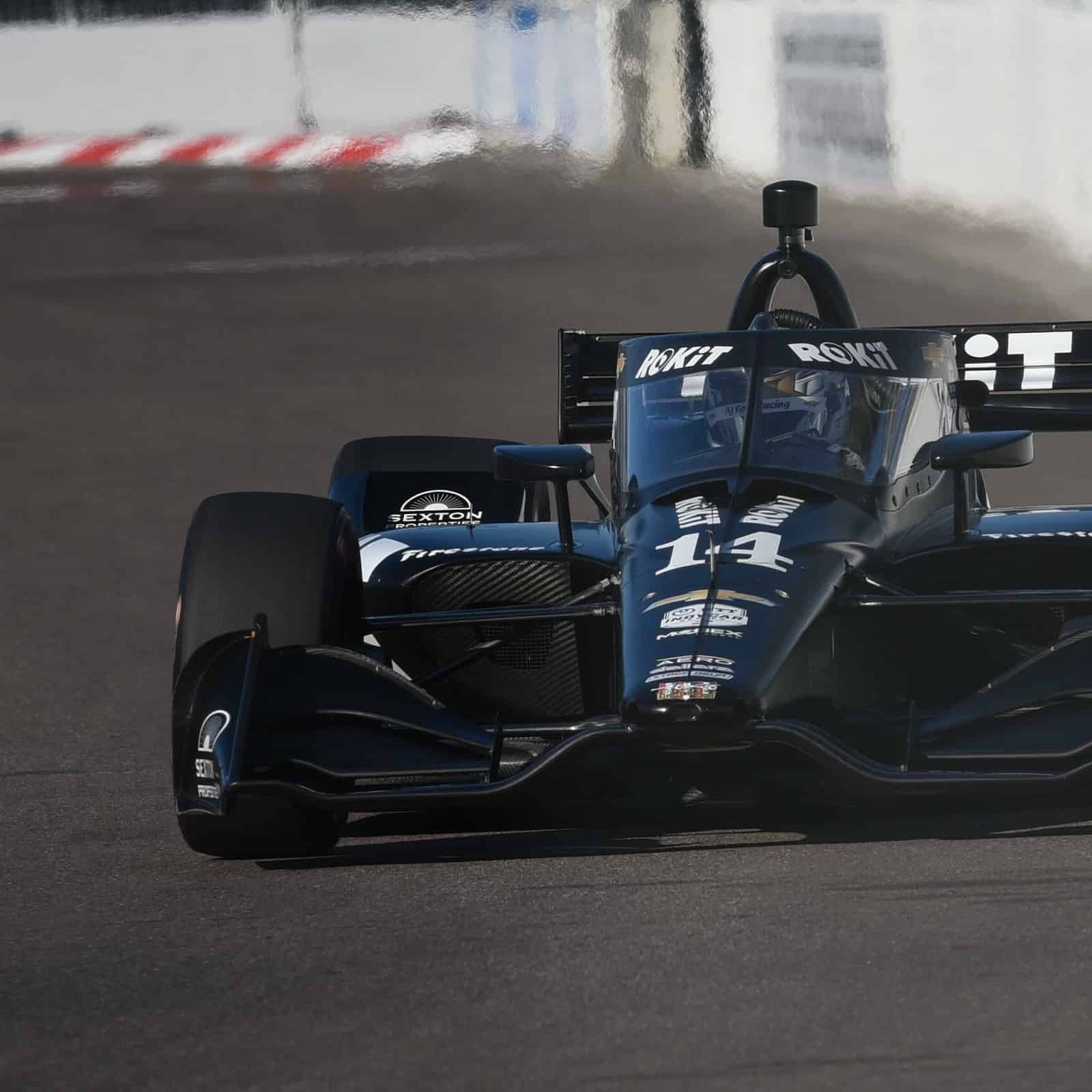 The No. 14 A.J. Foyt Racing Chevrolet went around the 14 turn, 1.8 mile street course in 1 minute, 0.2616 seconds to average 107.531 mph. To get to that point, Kirkwood advanced from the first group of round one in fifth place with Colton Herta, Graham Rahal, Rinus VeeKay, Scott Dixon and Josef Newgarden also advancing.

In the second round of qualifying, Kirkwood had some wall contact and that prevented him from bettering his earlier laps. The Jupiter, Florida native was .6384 seconds off of VeeKay’s time that was sixth fastest in the second round.

“I think I met my expectations on the first run but not the second run,” Kirkwood said. “I was a bit disappointed in the second round of qualifying. It should’ve been quicker, for sure. You’ve got one lap to get it done and unfortunately I kind of blew it at the beginning of it and I was just trying to play catchup and I brushed the wall and I was like, ‘Okay, that’s it, we’re not going fast here,’ so I’m disappointed in that but I’ll take it.”

Kirkwood was actually the only rookie to advance from the first round of qualifying. Rahal Letterman Lanigan Racing’s Christian Lundgaard was 15th, Devlin DeFrancesco was 18th for Andretti Autosport, Callum Ilott was one spot behind DeFrancesco for Juncos-Hollinger Racing, David Malukas was 24th for Dale Coyne Racing with HMD Motorsports and Tatiana Calderon was 25th for A.J. Foyt Racing.

Kirkwood, DeFrancesco and Malukas all have prior Road to Indy experience at St. Petersburg. The race will air on NBC at noon E.T. with the green flag waving 30 minutes later.