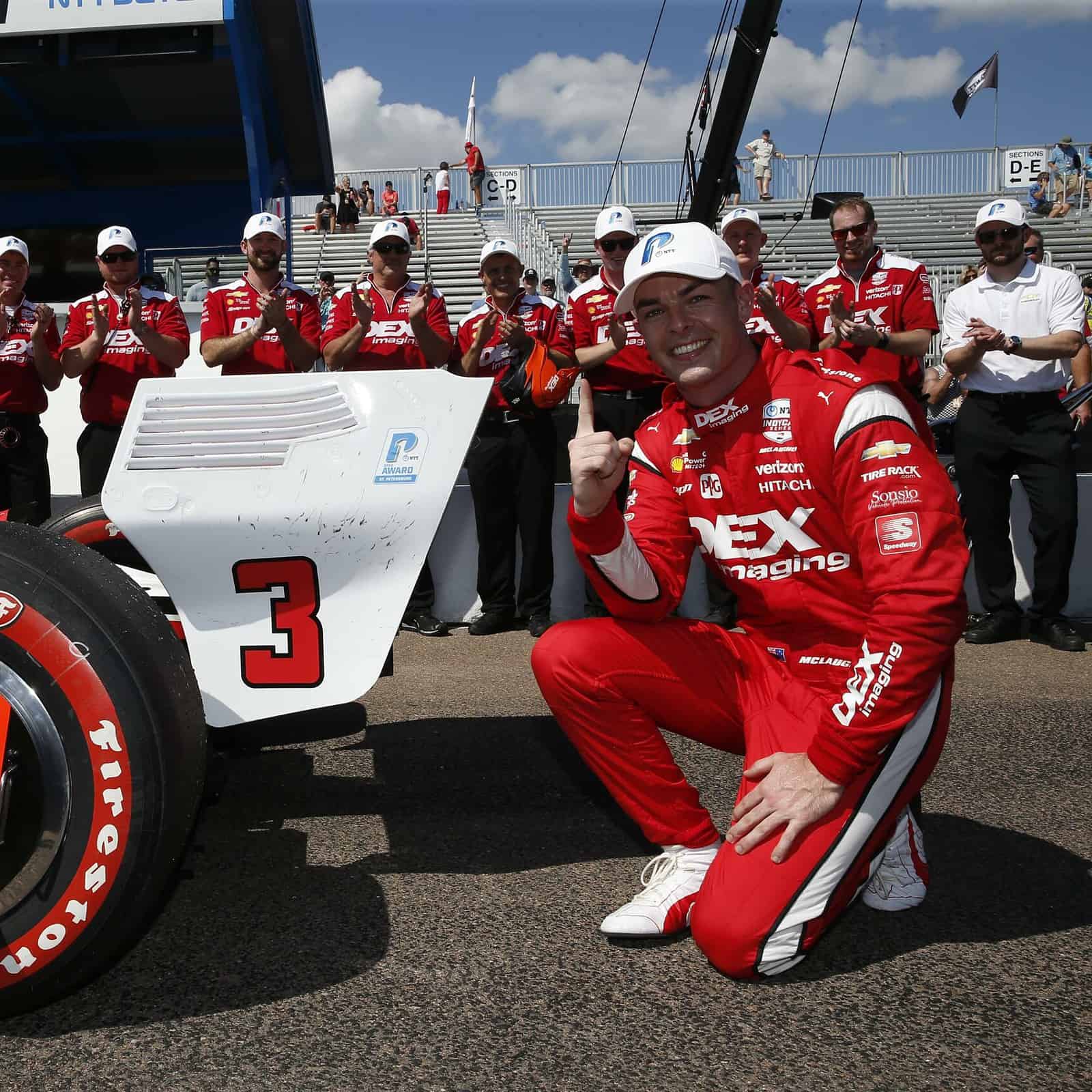 ST. PETERSBURG, Fla.– After spending much of 2021 starting races in the NTT IndyCar Series from the midfield, Scott McLaughlin qualified his No. 3 Chevrolet on pole position for Sunday’s (Feb. 27) Firestone Grand Prix of St. Petersburg.

“It’s something that you know you can do, but sometimes — obviously in Australia we had a lot of success with poles and wins and all that sort of stuff and you know you can do it, but you have a hard year like ’21 where it just didn’t click,” McLaughlin said. “There was a few things where you just didn’t put it together, but you know the speed is there. It’s all about taking pressure off yourself and just focusing on what you need to do, and that’s what we did today.”

“When they said that was the lap record, I was like, ‘oh, okay.’ Yeah, I didn’t know that. That shows how far these cars and engines have come. They’re pretty fast,” Power said.

McLaughlin’s pole comes after a year of qualifying struggles for the three-time Supercars Champion. The New Zealander had only two starts within the top 10 last season out of 16 races, with one of those being his sole appearance in the Firestone Fast Six. An engineering switch to Ben Bretzman and a full season of experience paid dividends immediately in 2022 as McLaughlin will lead his first rolling start since his days in karting.

To get to this point, McLaughlin had to do a lot of off-season work to better prepare for his sophomore campaign. After spending a few hours with Bretzman analyzing every track last year, the duo went over different routine changes they could make to help improve their qualifying position.

“I’ve always been reasonably quick in practice, and then we sort of just slowly worked on, all right, well maybe when we go qualifying we’re either adding too much front wing or we’re doing a few things that maybe we should just relax on going into qualifying,” McLaughlin said.

This all comes after the duo worked together in 2019 when McLaughlin was first investigating if IndyCar was where he wanted to be in the future. After working with Simon Pagenaud for 12 years, Bretzman took the challenge of getting McLaughlin to the top of the time sheet, and McLaughlin did the rest.

“I was very excited to hang out and take this partnership into more of a business professional level,” McLaughlin said when he found out Bretzman would engineer him. “And yeah, look, what he’s done with Simon is a testament to those two and the 12-year partnership that they had.

“I think he’s really invigorated with me, a new partnership, and we’re certainly working together well, and I’m excited for that.”

The Firestone Grand Prix of St. Petersburg will air at noon E.T. on NBC with a green flag at 12:30 p.m.