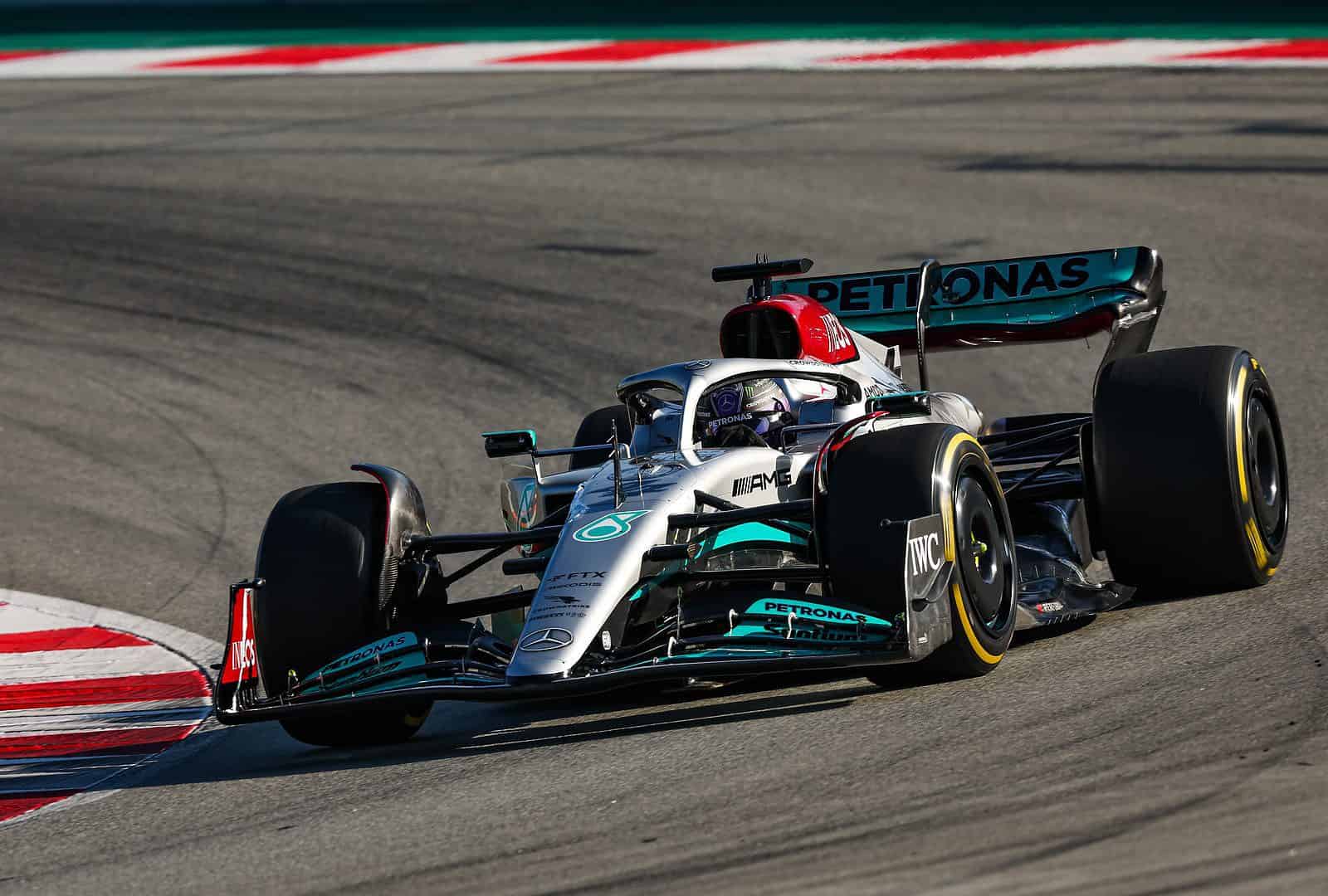 The curtain has fallen on F1’s first preseason test of 2022, giving a glimpse as to what the paddock will look like when everyone arrives in Bahrain for testing on March 10th.  Time to sort through some of the big topics.

As teams worked to get familiar with their new cars, the first to be built under new regulations implemented this year, plenty of variation could be seen across the timetables, with many teams not running for performance for most of the three-day test.

McLaren and Ferrari controlled the top of the charts for the first two days, before Lewis Hamilton and George Russell topped the third day with Sergio Perez being third fastest. Despite these showings, teams and drivers are being careful to hold their cards close to their chests regarding their true potential.

Ferrari’s Charles Leclerc was among the first drivers seen truly pushing the pace and placed himself second overall on day one and fastest on day two. He was joined on the proverbial podium by teammate Carlos Sainz, and neither driver fell outside the top seven through the test at large.

Nonetheless, Ferrari boss Mattia Binotto has warned that the Maranello team shouldn’t be the favorites, as all the teams still have their work cut out for them with regards to adapting and optimizing their cars for the new ruleset.

“Honestly, I think we are not the strongest team. We are still the outsider, not the favorites,” Binotto told Motorsport.com.

Lando Norris likewise suggested that his topping of the first day’s timetable shouldn’t be taken as a sign that McLaren will best the rest of the field this year. The Briton took to Twitter to share that his status as the fastest driver on day one annoyed him, as he doesn’t want expectations of McLaren to run wild.

Productive day, but annoyed I’m P1. Now you gonna think we fast and waaaaay over hype us. Omegalul pic.twitter.com/ipLHduHpgN

Mercedes newcomer George Russell stated that Ferrari and McLaren looked to be faster than Mercedes as the test rolled on, before coming in second to teammate Hamilton on day three.

As of the test’s conclusion, none of the three teams with the fastest overall times are putting verbal stock in their performance in Barcelona.

On the developmental side of things, many teams noticed their cars “porpoising” on the straights.

For want of a better name, porpoising describes an aerodynamic anomaly where the car’s extreme amount of downforce pushes the chassis so low to the ground that the downforce factor is neutralized, and the car rises back up before being brought back down by renewed downward push.

The resulting effect is visually intriguing, to say the least. Every car on the grid was seen going through the worm (dance move) like motion toward the end of the straights, though some teams were hit harder than others.

At the moment, engineers up and down the grid are in a tight position on this matter. Many ways to counter this effect will take away from downforce and cornering performance, which is a heavy blow given the new car’s emphasis on handling in dirty air and close racing.

Aside from the strain such a violent movement puts on the backs and necks of the drivers, the impact this phenomenon will have on the cars’ suspension, and how easy it will be to resolve is not yet clear.

Reliability played an average role through the testing period, with Red Bull, Aston Martin, Alfa Romeo, Alpine, and Haas all experiencing power-related problems at some point.

Rookie Guanyu Zhou and Perez both fell victim to power issues as well, with the former also beaching his car in the gravel not long before losing power on the frontstretch.

Finally, Nikita Mazepin’s Haas ground to a halt on day two due to what was later revealed to be a fuel pump issue.

Pierre Gasly put his AlphaTauri in the wall in sector two on Friday morning, the only proper crash of the three-day test.

Moscow-born Mazepin’s career has been controversial for some time, even before he joined the ranks of F1. This trend is set to continue as the Russian invasion of Ukraine on February 24th has called Mazepin, and has father’s, connection with the Haas team into question.

Uralkali, majority-owned by Mazepin’s father Dmitry, who has direct links to Russian President Vladimir Putin, produces and exports fertilizer and is traded on the Moscow Exchange. Given the situation surrounding Russia’s relations with the international community, Haas has openly admitted that their future with Uralkali and by proxy the Mazepins is yet to be resolved but is one of concern.

Haas has stated that reserve driver Pietro Fittipaldi is first in line for Mazepin’s seat should the Russian be unable to compete.

The 2022 Russian Grand Prix has been canceled in light of the invasion of Ukraine.

The season’s next testing session will take place at the Bahrain International Circuit from March 10th – 12th. Bahrain will host the season’s opening event on March 27th.