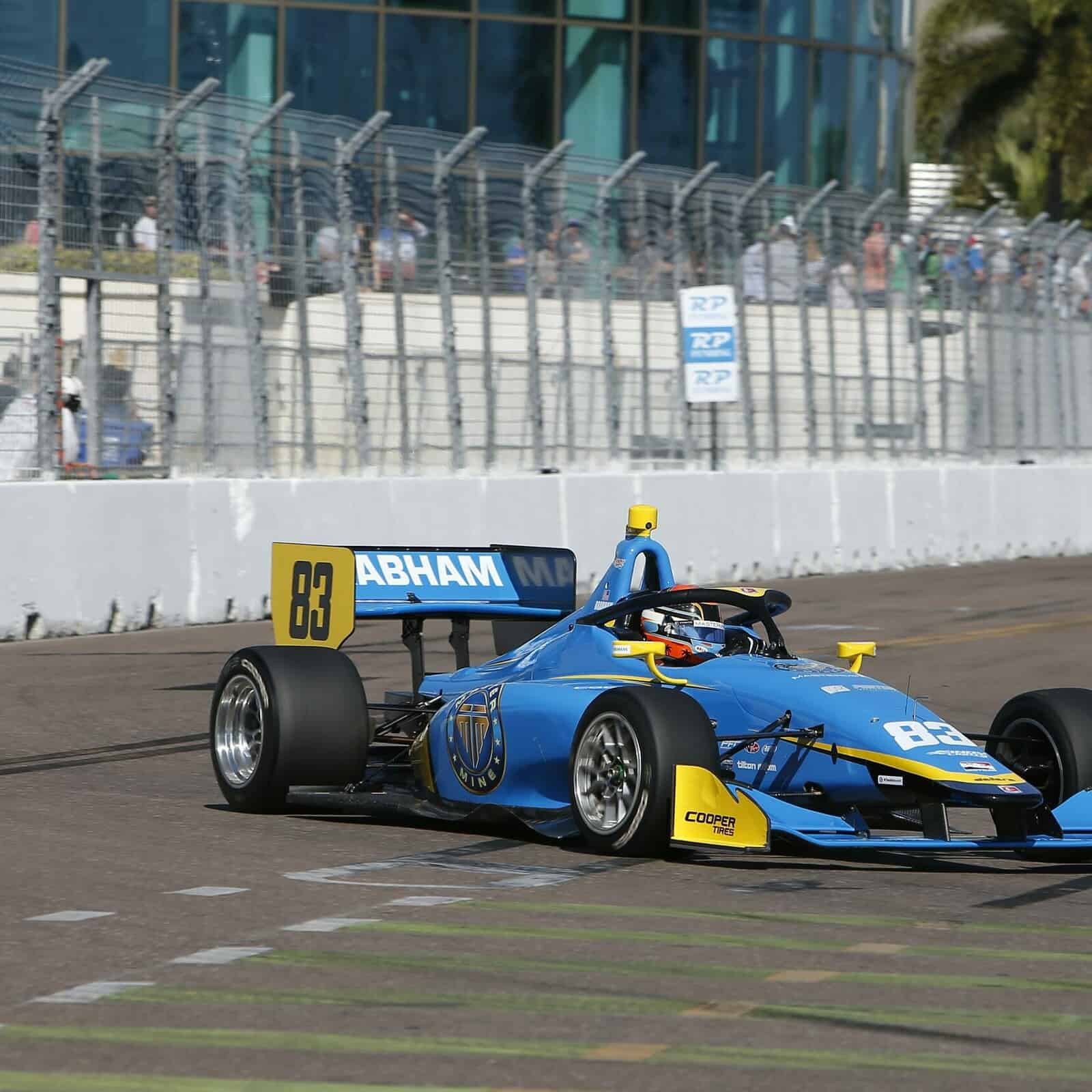 ST. PETERSBURG, Fla.– To finish first, first you have to finish, and Matthew Brabham took that lesson to heart to win the season opening race in the 2022 Indy Lights season.

After starting sixth, Brabham made his way to third at the first corner and stayed in third until polesitter Hunter McElrea crashed from the lead of the race on lap 12 of 45, handing the lead to Christian Rasmussen.

After two safety car periods, Rasmussen maintained the lead over Brabham until the Danish racer slowed with a lap and a half to go. The American took the lead shortly after turn 9 and wouldn’t relinquish it, winning by 2.4726 seconds over Benjamin Pedersen.

Rasmussen’s retirement came about so suddenly that Brabham actually lightly hit his Andretti Autosport teammate with the front wing of his car, damaging it. Over the last lap of the race, Brabham had to drive smoothly to keep his car away from any curbs to mitigate damaging his wing any further.

“I was lucky to win, but I’ll take it where I can get it,” Brabham said. “It’s so refreshing and good to be back, unbelievable. Couldn’t have seen it happening like that from sixth place, for sure.”

Brabham’s win comes eight years after his last Indy Lights win on the Indianapolis Motor Speedway road course in 2014. Brabham swept the Indy Pro 2000 races at St. Petersburg in 2013 en route to winning that title and was second in both USF2000 races in 2012 en route to winning that title. After spending 2014 and the first part of 2015 in Indy Lights, Brabham’s career was in limbo as he raced in the 2016 Indianapolis 500 and followed that up with Robby Gordon’s Stadium SuperTrucks series.

Getting back to open wheel and eventually IndyCar was always the goal for the third-generation racer.

“I think there’s a lot of people at my age and in my situation that would just say flat out no to doing (Indy) Lights again purely because they’re worried about what they’re going to look like on track,” Brabham said. “What if they come in and they’re the big dog and they’ve done it all before and they get beat? I just have no notion of that whatsoever. I’m a racer at heart and I’ll race anything, I don’t care. If I get beat by these guys, that’s a credit to them.”

The next Indy Lights race will be May 1st at Barber Motorsports Park.