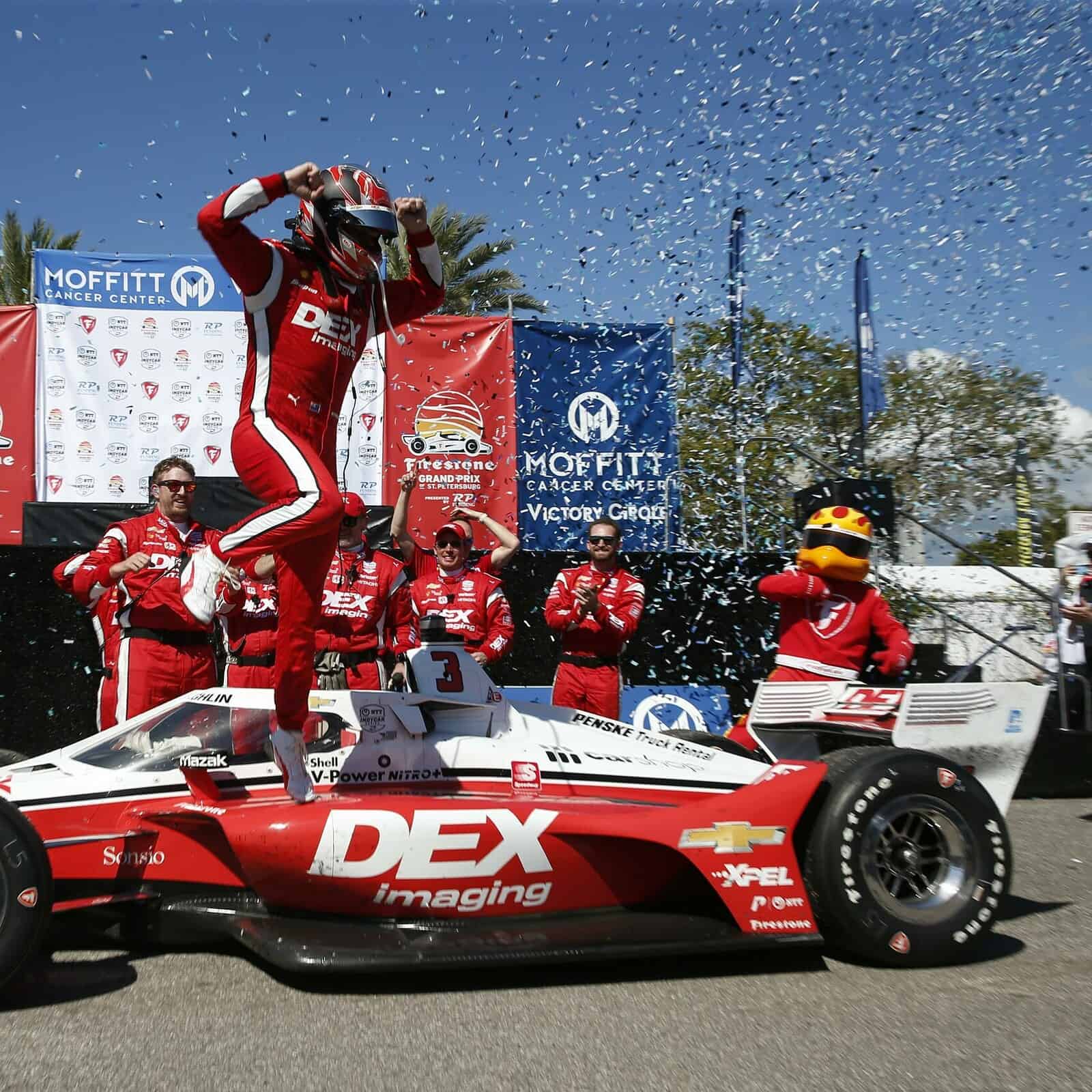 ST. PETERSBURG, Fla. — Alex Palou closed and closed, but Scott McLaughlin managed to keep his wits about him and his car in front to earn his first NTT IndyCar Series win in Sunday’s (Feb. 27) Firestone Grand Prix of St. Petersburg.

After winning his first pole position the previous day on the 1.8 mile, 14 turn circuit, McLaughlin did a rolling start from the lead for the first time in about 12 years in karting, leading the opening 26 laps.

McLaughlin’s strategy to stay out longer on the opening stint nearly came undone thanks to a full course yellow on lap 24. David Malukas got loose exiting turn 3, and his No. 18 Honda hit the wall hard enough that it required INDYCAR to spend eight laps under caution for wall repair.

McLaughlin’s two-stop strategy eventually paid dividends as Scott Dixon had to pit at the end of lap 79, giving the three-time Supercars champion a lead he would not relinquish.

Despite leading so many laps, McLaughlin and his team didn’t have the bar set too high for themselves today.

“In our pre-event, we said top 7. If we can come out of here with a solid top 7. Obviously the goal was changed last night,” McLaughlin said. “But it was just phenomenal the way the car rolled out of the truck and I felt like I could really do what I wanted to do with the car from the get-go.”

Palou was in second place, closing on the No. 3 Team Penske Chevrolet as McLaughlin had to race to a fuel number and also deal with lapped traffic. However, strategist Kyle Moyer told McLaughlin to use whatever he had left and to go for broke on the final lap, but there was one more issue the sophomore driver faced.

Andretti Autosport’s Devlin DeFrancesco was trying to remain on the lead lap as the leaders were starting the last of 100 laps. DeFrancesco stayed on the lead lap as the gap between McLaughlin and Palou shrank. However, Palou never got close enough to McLaughlin to make a serious attempt at overtaking as the Spaniard came up just .5095 seconds short.

“I felt like we had everything, and then Alex (was) at the end pushing me really hard,” McLaughlin said. “The guy in front of me (DeFrancesco) backing up and didn’t really have the pace, but it’s hard with the dirty air to make moves. I just wanted to be safe.

“But yeah, it was nice. I had everything in that race, and it definitely showed what I’ve learnt in the last year.”

McLaughlin’s win was the culmination of an American journey that began in 2019, when he made an exploratory visit to the U.S. to see what racing after Supercars could look like. After racing in the final race of the 2020 IndyCar season (which happened to be St. Petersburg) and all of the 2021 season, McLaughlin got all of the pieces put together to finally finish first.

That process took some time, however. The 2019 Bathurst 1000 champion was used to winning nearly every weekend in Australia, but getting used to a new car and a new driving style in America meant that his expectations had to be a bit tempered.

“I had won straight back-to-back championships, and I know I’m a rookie and I wasn’t kidding myself,” McLaughlin said. “But at the same time it’s hard to go from the mindset of, okay, win every week and that’s all that matters, nothing less, to going, hey, I’d love a top 15. I don’t work like that. I’m a competitive bloke. I want to win. I want to get poles. I want to dominate races and not even worry about things.”

At least there’s no more worry about when that first win will come. The next NTT IndyCar Series race is the Xpel 375 at Texas Motor Speedway on March 20th.