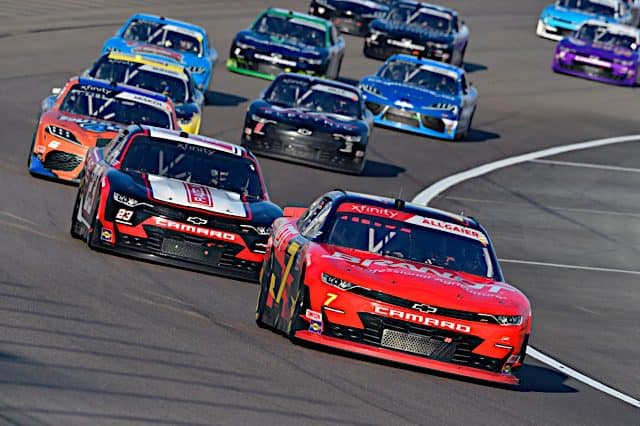 Forty-two cars are set to qualify to see who will make the 38-car field. Barring any late entries, four cars will go home after qualifying.

Joe Graf Jr. is back in the No. 07 Ford for SS Green Light Racing after Custer drove the car in California. David Starr will step into the team’s No. 08 Ford to attempt to qualify for the race.

Ryan Truex will make his second start of the season, this time for Joe Gibbs Racing in the No. 18 Toyota Accessories Toyota. Drew Dollar and Trevor Bayne drove the car in the first two races. Truex competed at Daytona International Speedway for Sam Hunt Racing.

Ryan Ellis will make his season debut with Alpha Prime Racing in the No. 44 Four Loko USA Chevrolet. Tommy Joe Martins was in the ride for the first two races.

Motorsports Business Managements’ No. 13 is listed as to be announced; JJ Yeley is in the No. 66.

Brennan Poole will attempt to qualify in the No. 47.