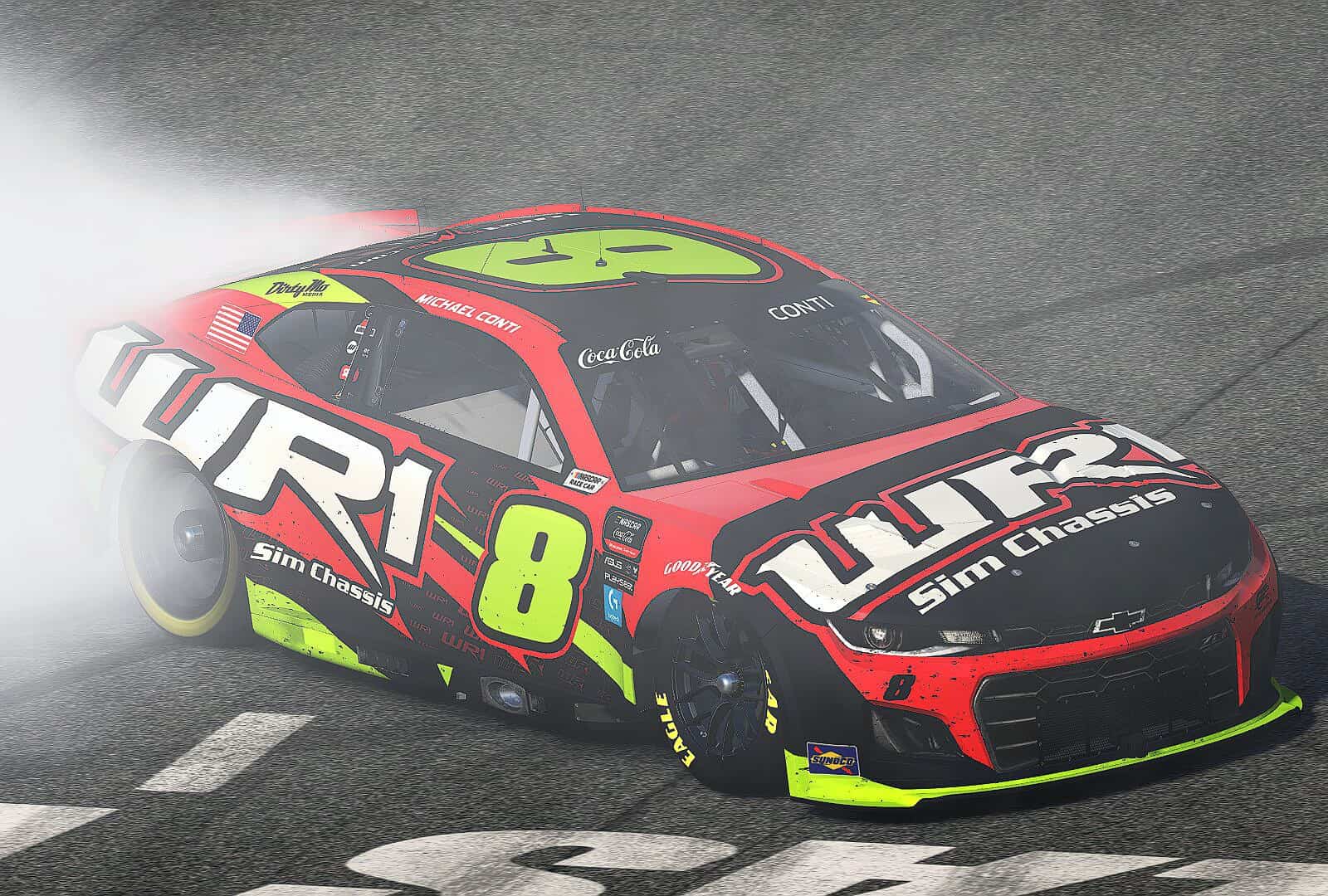 After a short but wild event at the virtual Las Vegas Motor Speedway, Michael Conti took home the victory on Tuesday (March 1) night in the second race of the 2022 eNASCAR Coca Cola iRacing Series season.

“I’m beyond ecstatic,” Conti said. “The preparation for this car was like nothing else I’ve ever had before. Happy to break in my brand-new house, brand-new room, brand-new scenery with a win.”

Conti appeared confident in his chances in 2022.

“I never felt like I had the pace [the last few years] to be up there, but we wound up there. I’d love to win multiple races this year, been a while since we have done that,” Conti said.

This was the first event for the series for the virtual version of the Next Gen car at an intermediate track, and it did not disappoint. The car was meant to make drivers work harder behind the wheel at those types of tracks with less downforce and sideforce and more horsepower, much to the liking of the drivers.

See also
Dropping the Hammer: So Far, So Good for NASCAR's Next Gen Era

The one thing the car created was chaos on track. After several wrecks at Daytona International Speedway, it seemed like Las Vegas was much of the same. Two wrecks in the first 15 laps made it a long night for many. Once the race reached halfway, a total of about 12 drivers had been sent behind the wall, ending their quest for hitting the jackpot in Las Vegas.

Conti seemed to have the best car all night long, as he grabbed the lead after the second restart. He relinquished it only once to Darin Bourdeau around halfway before quickly taking it back with 48 laps to go. Four-time Las Vegas winner Ryan Luza hunted Conti all night long in the top three, but Conti had the stronger car and was able to grab the win.

Nick Ottinger has won both poles so far this season and has been fast both weeks in the No. 25 Logitech Chevrolet Camaro. Unfortunately, he was caught up in an incident that ended his bid at a win at Daytona, but this week he was able to close the deal with a solid runner-up finish.

Defending series champion Keegan Leahy had a rough night after being involved in an incident with 29 laps to go. That took him out of contention for a solid top-10 finish. It has been a tough start to the year for the champ.

The end of the event proved to be a race of attrition as cautions built up. With the entire field very close together most of the race, it was easy for a minor mistake by one driver to turn catastrophic. Conti was able to stay out front and prove how dominant his car was, leading him to victory.
Ottinger, Graham Bowlin, Luza and Casey Kirwan rounded out the top-five finishers.
The next race will be in two weeks on March 15 at the virtual Atlanta Motor Speedway. Coverage begins at 9 p.m. ET on eNASCAR.com or Twitch.tv/iRacing.