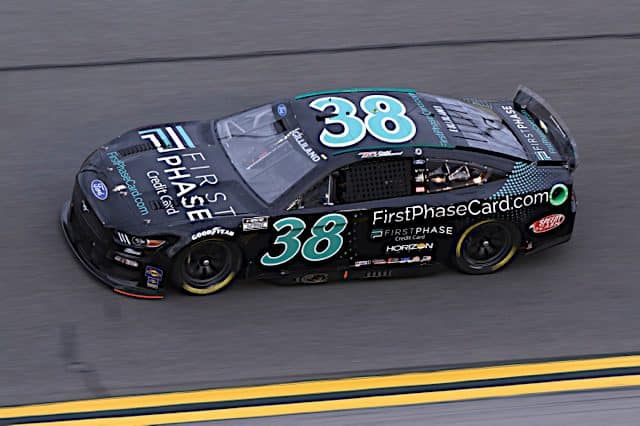 Seth Barbour, crew chief for the No. 38 Front Row Motorsports Ford driven by Todd Gilliland in the NASCAR Cup Series, and two other crew members have been suspended for four events following an incident on pit road during last weekend’s race at Auto Club Speedway, NASCAR announced March 1.

Barbour, team jackman Jourdan Osinskie and front tire changer Tanner Andrews have all been suspended after the team lost a wheel on pit road during the 200-lap event during stage one.

The team has not yet announced who will replace the three crew members for the next four events.

The same penalty was given to The Money Team Racing and Kaulig Racing after both the Nos. 50 and 16 of Kaz Grala and Daniel Hemric lost a wheel during the Daytona 500 this year.

Gilliland and the No. 38 finished 20th on Sunday and currently sits 24th in the series standings. No points will be deducted from the team following its penalty.

Get rid of those wheels and tires!

It’s much harder to win with only 3 tires.

Give them all the pieces then penalize the team if it fails. Single lug is a failure and needs to be updated or just dropped.

Why don’t they tell us why the wheels left the car?

We just might find out cause they are appealing. Forget it, I was having a senior moment. No way we find out the truth.