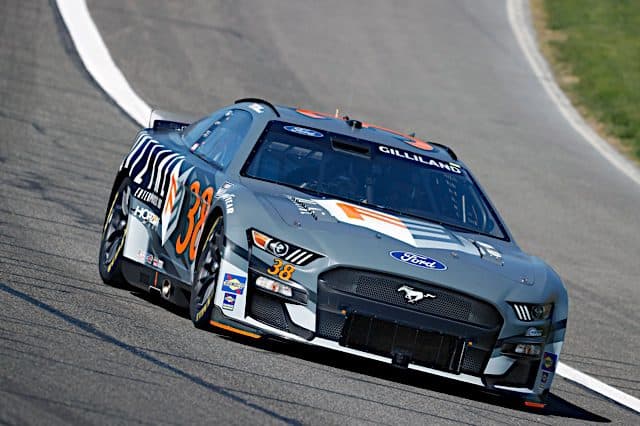 NASCAR penalized the team after they lost a wheel on pit road while under caution at Auto Club Speedway.

UPDATE: Front Row Motorsports has begun the appeal process after penalties levied against its No. 38 NASCAR Cup Series team this past weekend at Auto Club Speedway. pic.twitter.com/ZJkBCT2OYg

Kaz Grala‘s and Justin Haley‘s crews were also penalized for improperly secured wheels at Daytona International Speedway. Kaulig Racing appealed the penalty, and a date is yet to be set.

Gilliland was 20th in Sunday’s race at Auto Club and is 24th in the points standings.