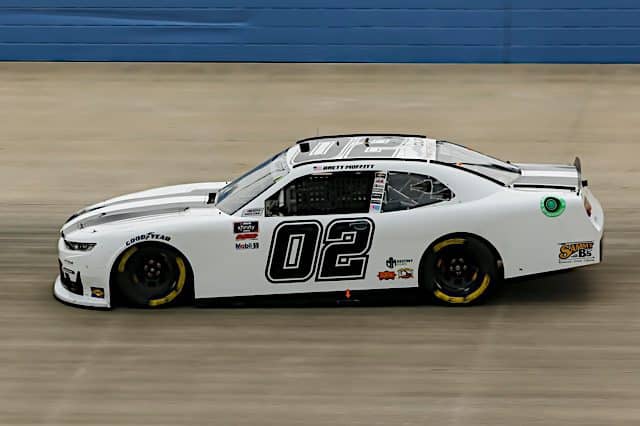 “The financial investment Good Money Motorsports has made in our race team combined with the experience Vic and Jack bring will help Our Motorsports reach its goals of winning races and competing for the championship,” team owner Chris Our said in a press release.

“It’s a natural progression for us,” Fulton, who also is the COO of Original Larry’s Hard Lemonade, added. “Vic is a United States military veteran who has built a strong presence in NASCAR for The Original Larry’s Hard Lemonade family of companies. From the Larry’s Lemonade Chaos Corner at Richmond Raceway, Larry’s Backyard Pavilion at Langley Motor Speedway, and the soon to be announced venture in Miami and Key West Florida, coupled with his years of experience as a sponsor of working with multiple NASCAR teams, two things are for certain, we understand what sponsors want and most importantly, we know how to win. And that’s why we made this investment. We want to win and provide our sponsors more than a sticker on a car.”

“Becoming one of only a handful of African Americans involved in team ownership in NASCAR, this, for me, is an opportunity for a childhood dream to come true,” Fulton continued. “As a kid growing up in the south, Richard Petty was a childhood idol of mine and racing was something I wanted to do as a kid. Although I’ll never be behind the wheel of a race car, I’m comfortable living vicariously through our drivers.”

After fielding Brett Moffitt full-time in Xfinity last year, the organization expanded to three full-time entries. Moffitt reprised his role driving the No. 02 and Anthony Alfredo and Jeb Burton joined the team to drive its Nos. 23 and 27, respectively.

With only two races complete this Xfinity season, Alfredo is eighth in the championship standings, Burton is 14th, and Moffitt is 31st.

The Xfinity drivers will next hit the track for the Alsco Uniforms 300 at Las Vegas Motor Speedway. The race is set to take place on Saturday, March 5 at 4:30 p.m. ET with TV coverage provided by FOX Sports 1.