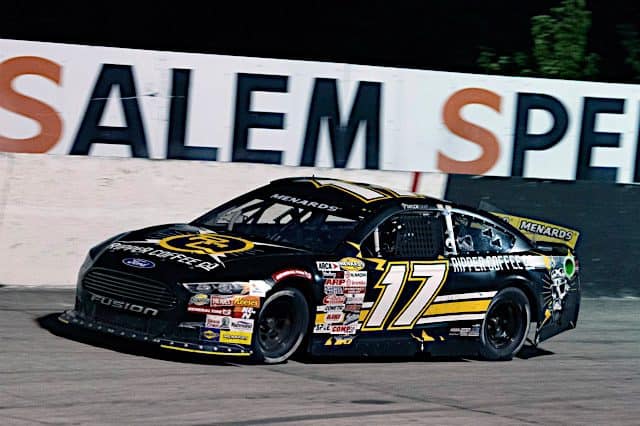 Steven Stotts, a hauler driver who was traveling to Phoenix Raceway with the David Gilliland Racing Taylor Gray ARCA Menards Series car for this weekend’s race, was pronounced dead at the scene of a two-vehicle accident near Longview, Texas, by the Texas Highway Patrol on March 8, according to local news reports, including the Longview News-Journal.

The accident reportedly occurred at around 4:30 a.m. CT near marker 595 on Interstate 10.

According to an accident report from the Texas Department of Public Safety, the truck towing the DGR trailer collided with another towed trailer, crashing both.

DGR released a statement announcing that the other two passengers in the hauler were both treated and released from a local hospital.

Sad news from Texas Highway Patrol. DGR hauler driver Steven Stotts was pronounced dead at the scene. Passengers John Zaverl and Michael Mizzelle are in stable condition. Driver of the other vehicle involved is in stable condition. They were taking ARCA car to Phoenix. pic.twitter.com/0fRn9xmtGD

Following the crash, DGR tweeted that Gray’s participation in the race “will be determined at a later time.”

Horrible news. God speed to this man and prayers to family and friends.