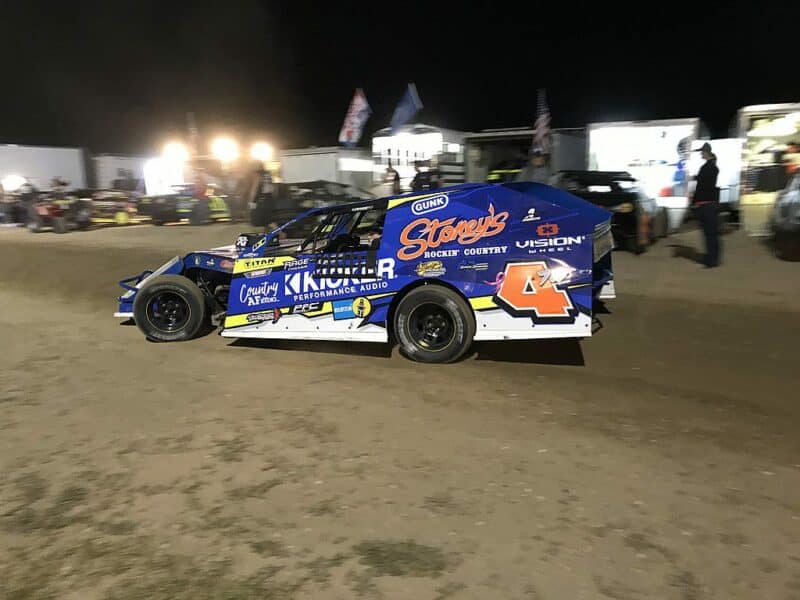 Bitter cold weather has led to a rash of cancelations across the Southern dirt racing scene this weekend. Weather didn’t cancel a lot of dirt races out west in Arizona, but the pickings are slim nonetheless for those seeking racing off the oblong oval that is the Phoenix Raceway.

But with tickets dwindling fast in the reduced-capacity grandstand at Phoenix and gas prices breaking records by the day, it may well be worth looking to play dirty (and cheaper) to get a racing fix in the desert this weekend.

The Other Diamond in the Desert

A tick under three hours from Phoenix (or Glendale, Ariz., to be more specific), Cocopah Speedway’s hot and heavy 2022 season schedule rolls on with a doubleheader weekend that sees all the track’s regular classes scheduled to hit the track on Friday and Saturday night, March 11-12. Headlining the program is the IMCA modifieds.

Cocopah is reading the tea leaves that with California’s stock of dirt tracks all opening for the season over the next few weeks, the regional competition for entries in the IMCA modified field is about to get a lot stiffer. Enter the weekend sweep challenge, which is offering up an extra $500 for any driver that can sweep the weekend’s modified features.

Two things about that bonus. One, while it may not sound like a lot, $1,000-to-win paydays are worth advertising in the IMCA modified ranks, so it’s real bonus money at this level.

Second, there’s a real potential for that bonus to be collected, as Cocopah has seen itself host to a number of streaks in modified racing this season; Bakersfield, Calif.’s Ethan Dotson won five modified features in a row at the track during the IMCA Winter Nationals in January, while current track points leader Tim Ward swept the most recent modified races at the track last month.

One insider note for those looking for some dirt racing: make sure to show up between 5 and 6 p.m. local time. That’ll get you $5 off general admission tickets.

A Speed Duel Between the Cars and the Wind

A four-hour haul up north from Glendale takes fans to Mohave Valley Raceway for a doubleheader weekend program of small car racing, with the street stocks the biggest machine taking to the track either night.

While the weather is expected to be warm both Friday and Saturday nights, that doesn’t mean it isn’t going to pose challenges for racers or fans alike. Friday’s forecast calls for wind gusts of up to 30 mph, with the track going as far as to post an advisory for any race teams planning to practice at the venue Thursday night, March 10.

For those traveling to the track today, please be careful.

To fans planning to make the trek up north, two tips. Wear goggles and bring cash; same as last week, Mohave Valley is a cash-only facility without an ATM.

Cardinal Changes Can Be Good to Those Who Wait

Anyone that’s never been to Arizona or New Mexico before can be forgiven for not understanding just how vast the two states are. So even if the soon-to-be-reopened Cardinal Motor Speedway was going to open on schedule this weekend, there’s no way fans anywhere near Phoenix would be making the trip, as it’s over a 10-hour slog from central Arizona to eastern New Mexico.

But credit needs to go to the new promoters at Cardinal for having the sense to cancel their season opener on the simple grounds that the facility is not ready. You only get one shot at a first impression, and trying to host a race with a facility and track surface unprepared will do no good in bringing a fanbase back to a shuttered facility.

The good news? The progress is real. There’s video to prove it.

At the time of this writing, the cheapest seat available for Sunday’s Ruoff Mortgage 500 at Phoenix is $47, including fees.

Also of note, a pit pass at either of the above listed venues are available for purchase by the public and all will run less than the $47 needed at Phoenix on Sunday.

Short track racing is alive and well out west. Wish we have a paved track around Phoenix.