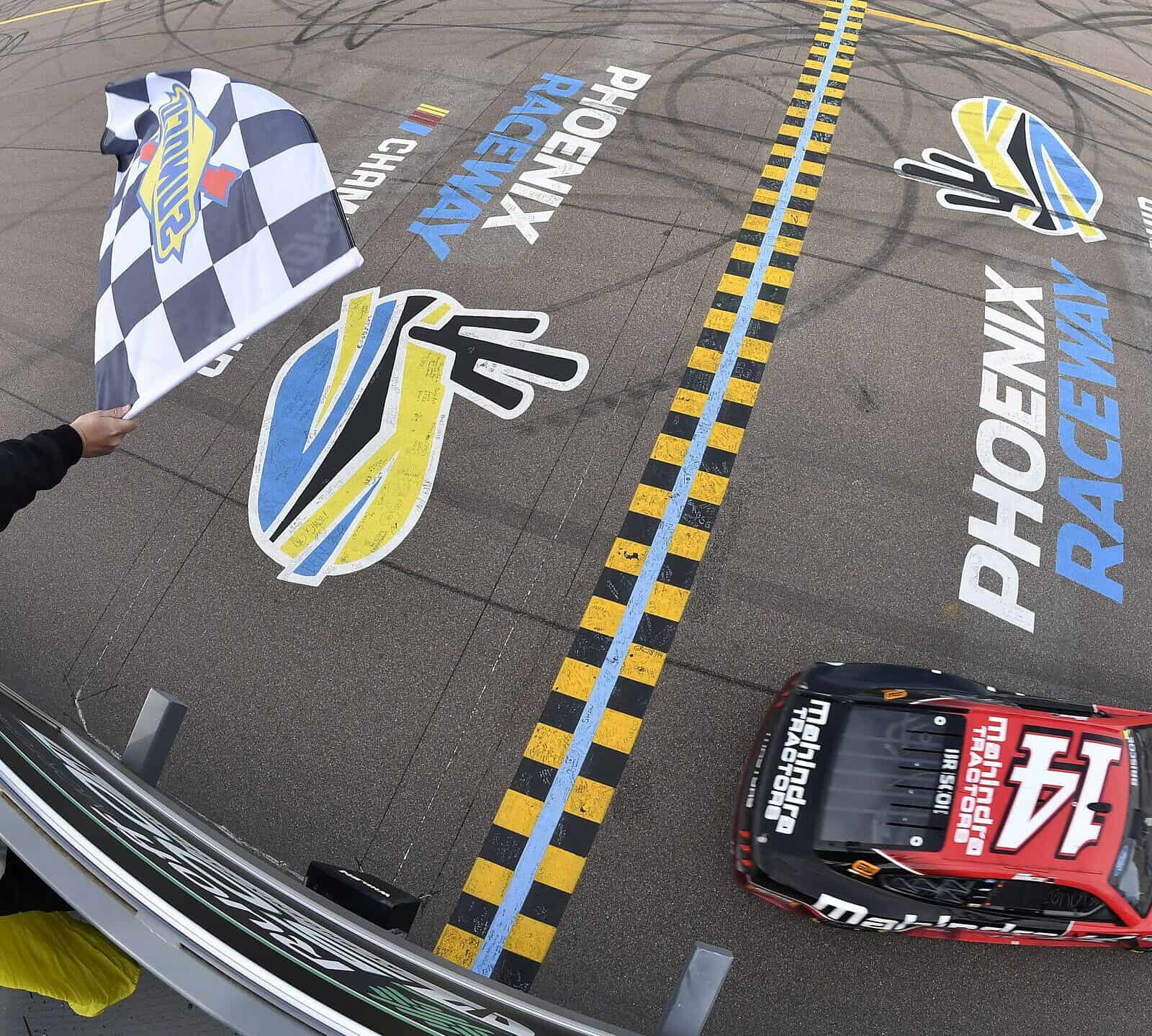 NASCAR fans on the west coast got their fill of up-close racing action over the last three weeks, with the final weekend of the west coast swing having just wrapped up at Phoenix Raceway.

Noah Gragson continued his hot start to his Xfinity Series season by winning Saturday’s United Rentals 200, then Chase Briscoe became the newest winner in the Cup Series during Sunday’s Ruoff Mortgage 400, joining Alan Kulwicki (1988) and Bobby Hamilton (1996) as a first-time Cup Series winner at the speedway.

As it’s been since 2005, Phoenix has hosted two race weekends per year for NASCAR. With the championship on the line in November, the spring weekend usually tends to be much tamer than the second — although everyone who competed on Saturday and Sunday better have taken all the notes they could for championship weekend. Here are some unique numbers to have come from last weekend’s battle in the desert:

Phoenix Raceway tends to be a hot place for short-track drivers to make their Xfinity Series debuts. Current drivers such as Ryan Sieg, Timmy Hill, Alex Labbe, Matt Mills, Caesar Bacarella, Blaine Perkins and Colby Howard are a few examples of such.

On Saturday, Nick Sanchez and Parker Retzlaff were the two newest drivers who made their grand entrances into NASCAR. Sanchez finished two laps down in 26th, while Retzlaff’s day was cut short due to a fuel pump issue, finishing 36th. Now that they’ve got their first starts out of the way, we’ll see how they fare with their other scheduled starts they have for this year.

While Chevrolet and Ford have split the spotlight in victory lane this year in the Cup Series, Toyota is enduring a nine-race winless streak going back to last year. So far, Bubba Wallace came the closest to doing so with his runner-up finish in the Daytona 500. Oddly enough, his rain-shortened win last fall at Talladega Superspeedway is the last time a Toyota car has gone to victory lane.

Three of the first four races of 2022 have been rough on Christopher Bell, as he sits 30th in the standings after getting snakebit at Phoenix. He qualified fifth and ran well early on, but lost control out of turn 2 and spun down the backstretch midway through the second stage. He finished 26th. His pole and top-10 finish out at Las Vegas have been the only bright moments for him this season. Even though Phoenix was a letdown, he’ll have more opportunities to turn his luck around for the better.

Briscoe’s first victory is special in more ways than one. The win allowed him to be the 38th different driver to have won in each of NASCAR’s top-three touring series, matching Daytona 500 winner Austin Cindric on that accomplishment. The very first driver to do it was Ken Schrader in 1995 when he scored his only Truck Series win at the defunct Saugus Speedway short track in California.

Perhaps the most monumental stat of the whole weekend was Briscoe becoming the 200th different winner in the Cup Series. Considering the hundreds, even thousands of drivers that have tried and failed to win in the Cup Series throughout its 73-year history, this is a major deal. Ross Chastain and Tyler Reddick both came awfully close to winning at Phoenix on Sunday instead of Briscoe as well. But perhaps one of those drivers could become winner No. 201 this season.