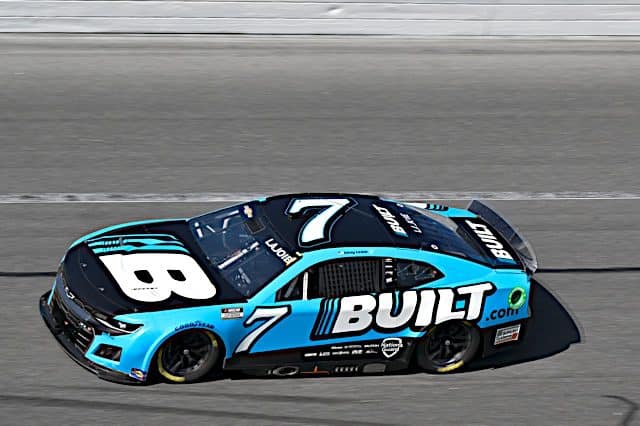 The suspension comes from a loose wheel penalty given to them during the Cup Series race at Phoenix Raceway last Sunday. On lap 47, the No. 7 Chevrolet lost a wheel on the Phoenix frontstretch and forced the race’s first unscheduled caution of the day. The lost wheel violated the NASCAR Rule Book: Loss or separation of an improperly installed tire/wheel from the vehicle.

It is the fourth Cup Series team to be penalized for a loose wheel in 2022 after only four races. Kaz Grala, Justin Haley and Todd Gilliland’s crews were also penalized after Daytona International Speedway and Auto Club Speedway.No points reduction has been applied to the team. Spire Motorsports has not yet announced a replacement crew chief for LaJoie for the next four races.

In the Xfinity Series, the crew chiefs of Joe Gibbs Racing Nos. 18 and 19 teams have been fined $5,000 each following a lug nut penalty.

Jason Ratcliff and Jeff Meendering have both been fined after a lug nut was found not secured properly on the Toyotas driven by Trevor Bayne and Brandon Jones.

Maybe its just me but I think one loose lugnut out of five is less likely to cause a problem than one loose nut that means the wheel leaves the car.