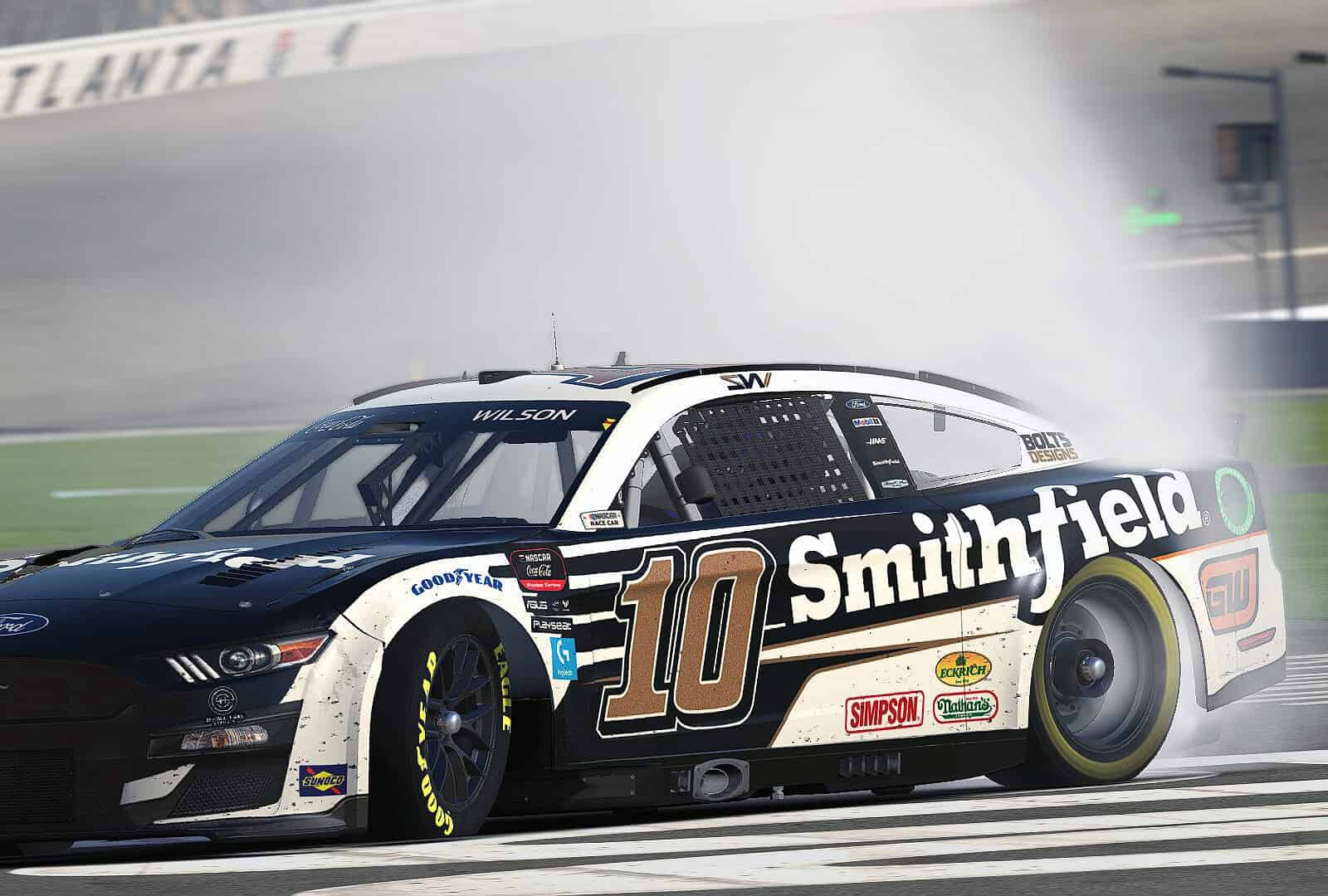 “It feels awesome, I got to thank everyone who got me here,” Wilson said after scoring his very first career win in the series. “My approach doesn’t change too much — the goal is to keep it top 20, and top 10 would be even better.”

Wilson had an extremely strong rookie season in 2021 but was unable to find the winner’s circle all year. That ultimately left him outside of the playoff picture, but with this win, he should be racing for a championship come summertime.

While the drivers in real life are running the brand new configuration of this racetrack, iRacing has yet to implement it, meaning the old, worn-out surface was utilized. The difference is a huge lack of grip on the old surface, which these drivers were searching for all night long.

Nick Ottinger, the polesitter for a third straight race, started very strong, leading the opening half of the race, as he looked to be the third different winner in the season’s first three races. Pit strategy was the only thing that seemed like it could keep him out of victory lane, as he gave up the lead to Bobby Zalenski with 38 laps to go and couldn’t take home the win once again, settling for a top-10 finish.

Cautions were not a common thing in “regulation” other than two incidents, including one on lap 5 that involved the RFK Racing teammates of Parker Retzlaff and Kaden Honeycutt. Both drivers continued, but damage hindered their progress for the rest of the race.

With Ottinger pitting on lap 49, it forced the rest of the field to come down shortly after that. During the cycle, Ray Alfalla and Allen Boes both cycled into the top five after staying out, in hopes of catching a caution. They did, and it changed everything with 35 laps to go.

A huge incident involving Las Vegas Motor Speedway winner Michael Conti caused a late-race restart with 30 laps to go. On the restart, Zalenski was able to grab the lead from Alfalla, but it was a 10-driver race for the win in the final 15 laps of the race, with it coming down to eNASCAR overtime.

It proved to be wild, with six drivers staying out on old tires and everyone else behind them ready to pounce on brand-new rubber. It usually seems to be a theme that when a race starts out calm, the final five percent always proves to be extremely crazy. Tuesday night was no different, and in the end, it was a new winner in Wilson.

Matt Bussa, Michael Guest, Ottinger and Briar Lapradd rounded out the top-five finishers.
The next race for the series takes place in two weeks (March 29) at the virtual Richmond Raceway. Coverage begins at 9 p.m. ET on eNASCAR.com or Twitch.tv/iRacing.