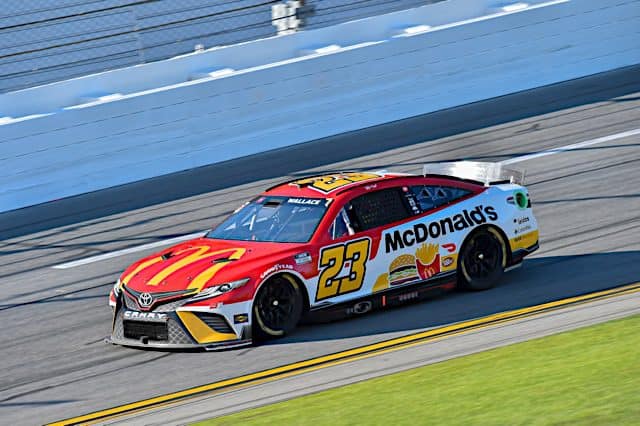 Bubba Wallace and Kurt Busch will have a new sponsor aboard their NASCAR Cup Series cars, as Embrace Home Loans has signed as a partner in several races, 23XI Racing announced Wednesday (March 16).

Embrace will be on the cars in eight races, according to its website: three for Busch and six for Wallace.

The No. 23 of Wallace will carry Embrace at Dover Motor Speedway, New Hampshire, Pocono Raceway, the Indianapolis Motor Speedway road course (as a primary), Richmond in August and Watkins Glen International. Most of Embrace’s races are features.

“It’s great to add another partner to our team and I look forward to showing everyone at Embrace the excitement of NASCAR,” Bubba Wallace said in a release. “Off the track, I know this will be an important partnership as well, with the opportunity to work together on projects that will help make a real difference in the lives of those impacted by social injustice and racial prejudice.”

See also
Did You Notice?: 4 NASCAR Races in 2022, 4 Drivers Flying Under the Radar

Wallace is in his second full-time season with 23XI and earned his first Cup win at Talladega Superspeedway last fall. He currently has one top five this year and sits 17th in the standings.