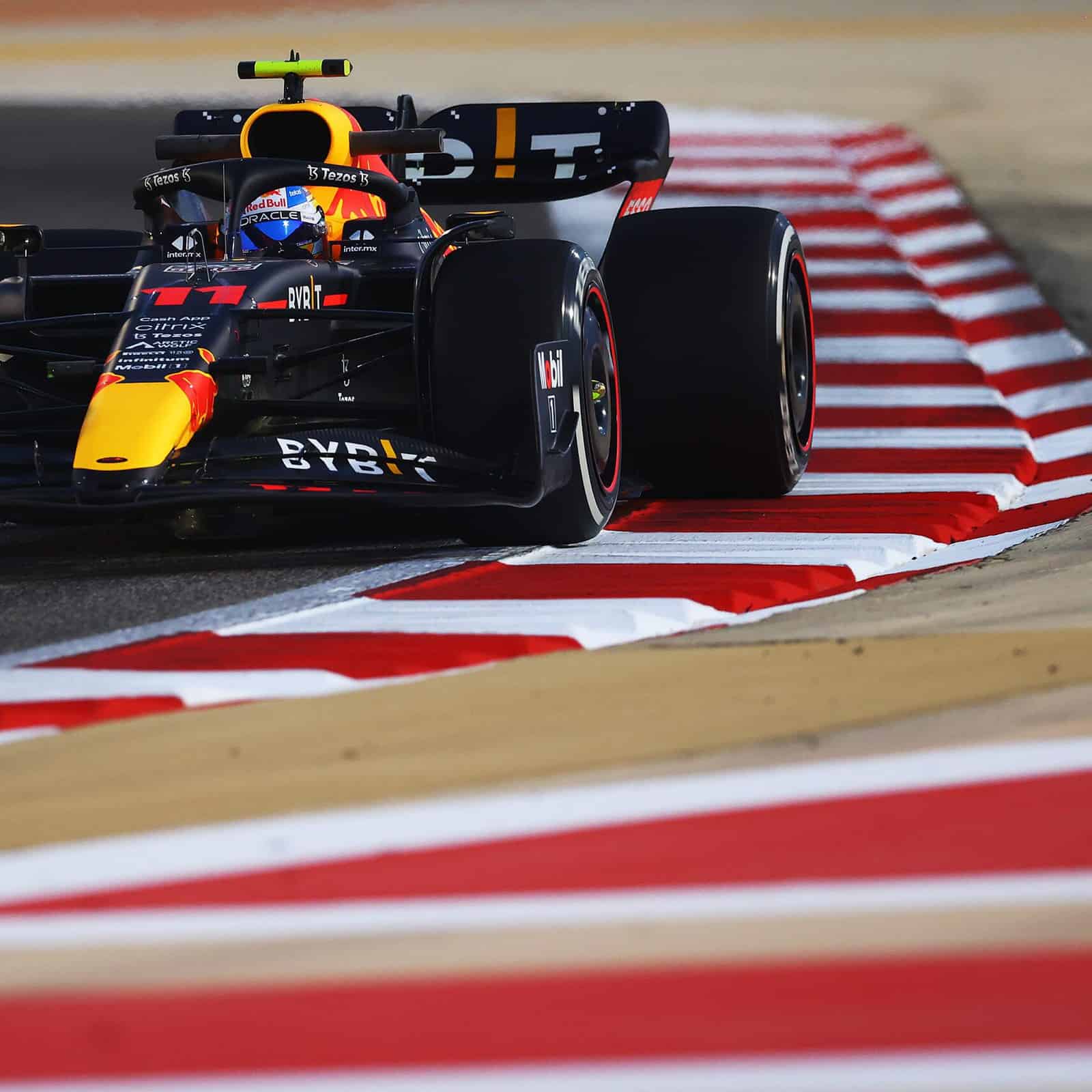 The 2022 Formula 1 season goes lights out this weekend with the opening race in Bahrain.  Teams have used two on-track test sessions to shake down the car which will be making its debuts.  Teams have embraced the new regulations in wild ways and it is difficult to know who may be sandbagging and who is legitimately out in front.

Before the lights go out to start the season, our writers offer a roundtable to discuss some of the seasonʻs notable storylines.

Michael Masi is out as race director in the aftermath of a problematic end to the 2021 season.  Does the sport still have egg on its face?  Does that finale still look as bad now as it did then?

Michael Finley: That ultimately depends on Red Bull Team Principal Christian Horner. Mercedes publicly has been very diplomatic and careful not to outright say something like the championship was illegitimate or that Max Verstappen is unworthy. But Horner is Horner, and he’s spent the past month talking, most chiefly that it’s his view that Mercedes “bullied” the FIA into throwing away Masi. The more Horner brings up Abu Dhabi, the less legitimate Max’s championship looks. It’s a topic they really need to stay away from.

Alex Gintz: I grew up watching NASCAR officials determine the direction of the sport on a whim every single weekend. The 2021 F1 finale can’t hurt me.

Certainly, the way the 2021 season ended was flawed and should never be repeated, but with a new car about to debut, two title contenders returning for another go, and said new car likely to shake up the order, if anyone is still occupied with Abu Dhabi, that’s on them.

Ava Ladner: Judging by the number of times that (Lewis) Hamilton trended in the offseason on social media in regard to something about Abud Dhabi, I would say that a number of fans have not let this one go.  The end of the GP and the fallout sure gave Verstappenʻs championship a bit of a sour taste but it also pushed the sport into making necessary changes in how races are governed.

It still looks bad, and the more it gets talked about does not help this perspective.  What fans want to see if the, as yet, undisclosed report that examined the race.  What drivers want is clarity so that something this moronic does not happen again.

The debut of the new car will bring all sorts of gremlins.  With only two weekends of testing, how do you think it will perform in the first few races?

Finley: There’s always some kind of gremlins to iron out whenever the series goes to a radically new set of regulations like this. Some of them are a bit overblown- the whole “porpoising” issue should be universally solved before qualifying next weekend, it’s just a case where teams want to try and solve it aerodynamically rather than by setup and risk slowing the car down. No doubt we may see the smaller teams on the grid, like Alfa Romeo or Haas struggle with reliability, especially with Haas struggling to get on the track during testing. One recurring storyline I have noticed the past few days through testing has been Aston Martin really having a rough go of it so far.

Gintz: In terms of reliability issues, I don’t expect anything out of the usual. Hopefully, teams have found or are close to finding a way to calm their suspensions and rectify the porpoising issue we saw in testing.

My main concern is with the heavier, less aerodynamically apt cars, will drivers be able to keep it clean on the opening lap of Bahrain. I imagine drivers who have pre-2017 experience in F1 may find themselves at a marked advantage.

Ladner: Between the wind-tunnel, the SIMs, and the on-track data, the engineers will likely have figured out most of the obvious issues.  Mercedes may still have been tinkering with their floor in response to their zero-pod concept but even that should be solid by lights out.  What will likely happen is something that seemed natural will become the issue–like will the front end suspension hold the new 18-inch tyres in check, or will there be some sort of secondary effect from the new floorboards having channels for airflow?

Which team will be the surprise (good or bad) in the first half of the season?

Finley: I don’t think Haas will be up front, but I would not be surprised if Kevin Magnussen and maybe even Mick Schumacher can finally start competing for points. Haas rather infamously put all their eggs in this year’s basket last year and suffered the consequences with just an awful 2021 spent in the basement. The team may even find itself fairly competitive in the midfield if everything goes perfectly well.

Gintz: Alpine. The French outfit hit a solid stride as the 2021 season progressed and the lineup of Esteban Ocon and Fernando Alonso is one of the most intriguing on the grid.

Any pick is a gamble if testing is all we have to go on, but Alonso’s experience and Ocon’s youth should prove to be a strong combination in the uncertainty brought on by the new regulations.

Ladner: Williams.  Much like Haas threw away the 2021 season, Williams seemed to use the same strategy.  With the new ownership group firmly in control and spending the money to bring respectability back to the team name, and a surprising driving duo of Alex Albon (returning to F1) and Nicholas Latifi, there is reason to think they may shoot for the stars and grab points at a semi-regular pace.

Which driver will surprise?

Finley: It really feels like this could be the breakout season for Carlos Sainz. The Spaniard has improved every year in his F1 career when it comes to points and was able to generally outpace his teammate. With Ferrari’s fairly good results in pre-season testing, I would not be surprised if Sainz can rattle off a few wins early in the season, especially if Mercedes really is (supposedly) going to be fairly slow out of the gate.

Gintz: Yuki Tsunoda will recognize the detriment that his occasionally out-of-control demeanor was to his rookie campaign and the Japanese flag will appear on the podium at least once in 2022.

Ladner: Daniel Ricciardo, and not in a good way.  Lando Norris may be the star of the team for the foreseeable future but Ricciardo, after snagging a win last year, looks to be nothing like his former Red Bull self at this point.  Statistically, there is every reason to believe that his falloff will continue and that even at the relatively young age of 32 that his best years are already set in the racing annals.

Who is leading at the summer break?  Team?

Finley: Red Bull seem like the surest thing coming out of testing, so I’ll go with them and Verstappen.

Gintz: Lewis Hamilton and Mercedes, I have a hunch.

Ladner: Ferrari.  Carlos Sainz is the steadying hand for that team and rumors persisted that the engineers received better feedback from him than Charles Leclerc.  His voice will carry gravitas after last seasonʻs performance and should set up a great start to the season for the Ferrari duo.

Who wins the title?  Team?

Finley: Mercedes, for the first time since 2020, should be pretty regular in upgrades and improvements throughout the season. Ultimately, speed is money and money is speed, and Lewis Hamilton is going to figure this car out after spending his off-season undoubtedly stewing a bit on that final result.

Gintz: What is winning, man?

Ladner: Verstappen.  Red Bull have been spot on so far and Adrian Newey is so damn clever at putting together a car.  Verstappen will benefit from Neweyʻs touch and will clinch his first legitimate title.  But Red Bull will again be out-pointed by Mercedes for the constructorʻs title as the engineers at Brackley will keep their uniquely-designed car close enough all season long.

What is going to be the storyline that dominates the sport in the early weeks?

Finley: Mercedes. Arguably they already are, with Hamilton saying this week they were behind both Red Bull and Ferrari. Their performance is going to be heavily scrutinized regardless of what exactly it is. And even if they are over exaggerating and they end up winning 10 races this year, the performance of George Russell and if he can bring the hustle and bustle from Williams to the other side of the paddock is going to be key to the future of this organization.

Gintz: George Russell’s assimilation into Mercedes is where all eyes should be. If Mercedes’ pre-season claims that their car is off the pace are to be believed (for once?), the dynamic many envision where Russell is made to play second fiddle to Hamilton may be rendered null and void.

If Mercedes truly can’t control the grid as they have in recent years, that may be an opportunity for Russell to assert some unexpected dominance at the German outfit. Mercedes won’t have much to gain by ordering Russell to let Hamilton by for 13th place.

Ladner: The war in the Ukraine.  While not a direct influence on the sport there still may be aspects that disrupt the sport–and in what ways, no one knows yet.  But there is no way that the war will not have some impact beyond the cancellation of the Russian GP and Nikita Mazepinʻs firing.